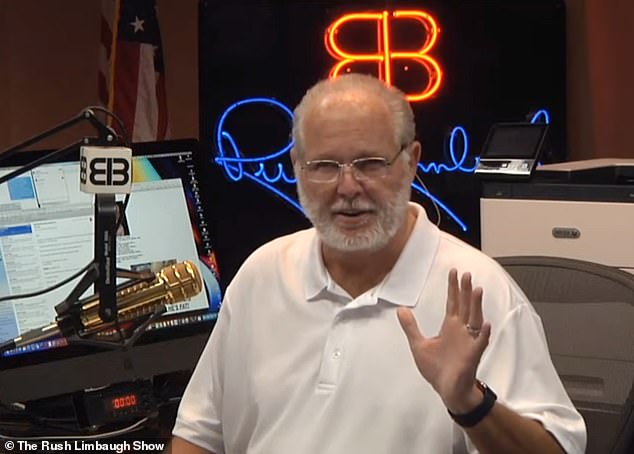 I wasn't going to write a second column on the passing of Rush Limbaugh but given the reaction from hostile and snarky individuals — even from a few self-styled conservatives — explaining his influence is key to understanding him and more importantly the movement for which he was such a powerful spokesman.

As with the former president, Donald Trump, Limbaugh spoke for people who felt disparaged by condescending elites. Established politicians, lobbyists, Washington lawyers and others collectively known as "inside the Beltway" types reacted to him as if these people had trespassed on their territory.

Limbaugh's devoted fans believed their values helped build and sustain America through wars, economic downturns and other challenges. They see those values under siege from a secular progressive generation that tolerates everything but them. Many had served in the military to defend once traditional values and the freedoms many now take for granted, as if freedom is automatically and effortlessly achieved.

These people go to church and take their children to Sunday school. Some enroll their kids in Christian schools or home school them because they dislike what is taught in public schools. They believe their country is losing all moral standards, is becoming increasingly corrupt and in danger of extinction if things don't turn around. Shouldn't these concerns explain why they wish to issue warnings because they love the country and don't want it to fail? Limbaugh was their spokesman in these and other matters.

For these beliefs they are derided by the likes of former President Obama and Hillary Clinton. In 2015, Obama told a gathering of wealthy Californians at a fundraiser that conservatives "cling to guns or religion or antipathy toward people who aren't like them or anti-immigrant sentiment or anti-trade sentiment as a way to explain their frustrations."

While running for president in 2016, Hillary Clinton famously characterized "half of Donald Trump's supporters belong in a basket of deplorables" characterized by "racist, sexist, homophobic, xenophobic, Islamaphobic" views.

You see how this works? If you don't bend the knee to them and their way of thinking, you are somehow less of an American than they are. They think they have the right to set standards, which constantly shift and thus are not standards, while they obliterate conservative and religious standards, which are fixed.

Imagine the reaction had members of groups favored by Democrats been similarly put down by the right. I thought stereotyping was a relic of the past and something to be avoided.

Conservatives got tired of either being ignored, or having their ideas, values and beliefs demonized and so when Limbaugh, especially, and other conservative commentators and outlets came along, accurately describing, defending, even promoting their beliefs, they flocked to them.

The major media, which must make money to exist, had an opportunity to understand "these people," a term used by some on the left to collectively describe them as if they were aliens from another planet. Instead, they effectively told them "we don't want your business," so they took their "business" to Limbaugh and others.

At a gathering of conservative Christians in Dallas during the 1980 presidential campaign, Ronald Reagan said, "I endorse you, and what you're doing." Some commentators wanted to know where the crowd had come from. They were always around, but ignored by the elites, or if they paid attention to them at all, they were viewed as uneducated, uncouth and unworthy to join the political "club."

Instead of reaching out to understand, employ conservatives in the media and comment fairly on their beliefs, the secular progressives in and out of the media doubled down on their rejection of them. This made the rejected even more loyal to Limbaugh and those who followed him.

One definition of "The Establishment" is: "the existing power structure in society; the dominant groups in society and their customs or institutions; institutional authority."

This is what Rush Limbaugh challenged and why his listeners loved him. He was right and those critical of him never understood. They still don't and neither do they care to.