A curtain call for the Virginia Minstrels 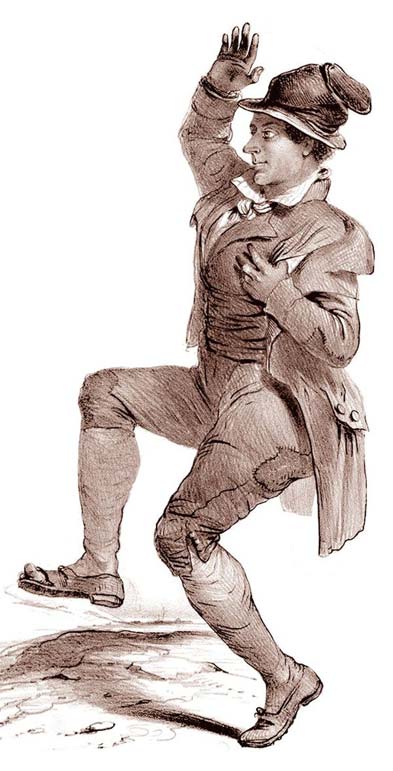 Virginia has always had a weakness for minstrelsy, but the current epidemic of low officials in high places auditioning as lovers and blackface min┬¡strels is something almost new.

So far, the players are all Democrats. But the month is young, and every day is fresh with new allegations. It's too soon for Repub┬¡licans to give themselves airs. Doesn't the Bible teach that we're all sinners?

Kirk Cox, the speaker of the Virginia House of Delegates and the third in the state constitutional line of succession, perhaps with a genu┬¡ine shot at becoming governor as the Democratic dominoes continue to topple, is trying to remain high-minded. But he is no doubt an avid reader of the Virginia constitution. The contro┬¡versies of modern minstrelsy that have humiliated Virginia, Mr. Kirk says, "are disturbing, but will be resolved in due course." In the meantime, he says, the delegates should focus on budget deliberations and "the hundreds of bills remaining before us."

That's expecting a lot. Surely Virginians are entitled to relax, sit back and enjoy the show. Laughs are good for you, and so, once, were the minstrels. Blackface minstrels, who entertained Americans for nearly a century, were once popular everywhere and the troupe called the Virginia Minstrels were the hottest ticket in town. Virginia's new minstrels are neither exclusively black nor white, but offer something scandalous to laugh or cry about in nearly every hue.

Ralph Northam, the governor, started it with the discovery of a photograph of himself in blackface, or maybe it was him as a Ku Klux Klansman, posted in the yearbook at his medical school. He first said it was himself, and even got up to do Michael Jackson's moonwalk until his wife stopped him. Then he said no, it wasn't really him, after all. So we're entitled to believe either version. We understand the politician's panic. You know you're in trouble when you have to decide whether to admit that's you in blackface or the Klansman. It's probably not a gig that's going to end well.

Then the lieu┬¡tenant governor, Justin Fairfax, was free of the taint of minstrelsy but admited that he forced amours on a young woman in an episode she says ended in forced oral sex. He says it stopped with a consensual kiss. That usually invites the death penalty, with rope supplied by the ladies of #MeToo.

Next up was Mark Herring, the attorney general, who now admits not to blackface but to something he calls "brownface," which sounds like a distinction without a differ┬¡ence. He admits to "poor judgment" when he corked his face and put on a wig to dress as a rapper with a group of similarly decorated friends. "I had a callous and inexcusable lack of awareness and insensitivity to the pain my behavior could inflict on others."

When the original Virginia Minstrels were selling out music halls, opera houses, and showboats in the decades before the Cruel War of Northern Aggression, everybody wanted a ticket, and governors and other officials were usually content to watch without entertaining fantasies about joining the cast. Sometimes slaves found places in the audience, and sometimes the minstrels on stage were not whites in blackface but free blacks. The minstrels, who originated in New York City, played across the northern states before they were popular in the South. The last minstrel troupe, Silas Green from New Orleans, played the small towns of the Mississippi Delta as late as the early 1960s.

One early favorite minstrel was T.D. "Daddy" Rice, a white man who dressed in rags and blackface, danced a little, sang slave songs and affected a character called Jumpin' Jim Crow, a folk trickster popular with slaves for his subtle mockery of their plantation masters.

Mark Twain was famously a fan. "If I could have the nÔÇª.. show back again in its pristine purity," he observed at the end of his century, "I should have little use for opera." But the minstrels, borrowed song, stolen dance, and all, angered blacks from the be┬¡ginning. Blackface performers, said Frederick Douglass, "are the filthy scum of white society, who have stolen from us a complex┬¡ion denied them by nature, in which to make money, and pander to the corrupt taste of their fellow white citizens."

And now the black and white gentlemen from Virginia have revived the tradition if not the particulars of minstrelsy, revised in form but faithful to the tradition. The Democrats were full of rectitude and righteous indignation last week, with unanimous demands that the guilty must step down.

But that was then, and this is now, and maybe zero tolerance isn't always such a good idea. Public pressure builds to throw all the bums out, which would crown a Republican governor. Maybe 5 percent of intolerance can be tolerated. Jumpin' Jim Crow and Mr. Bones, the star of the original Virginia Minstrels, applauding.