Political parties can no longer harness their bases 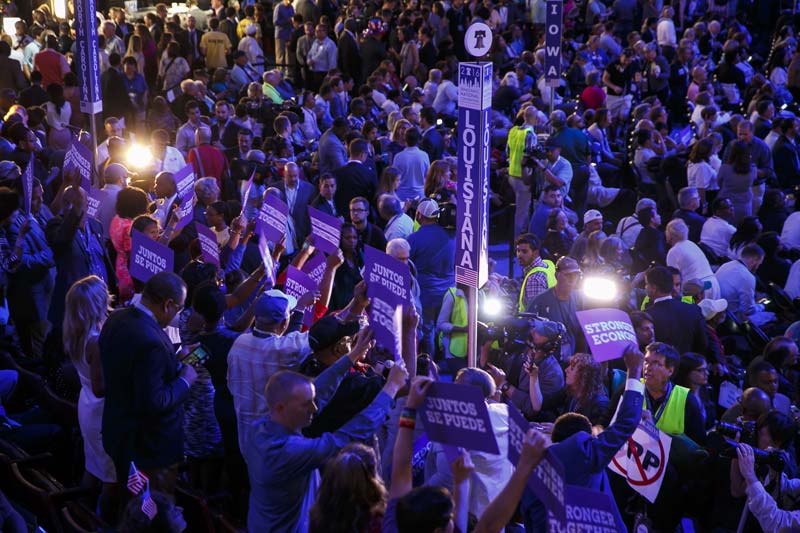 It is perhaps the central irony of our politics today: We live in an incredibly polarized and partisan moment, but our political parties have never been weaker.

As odd as it sounds, political parties in democracies have an important anti-democratic function. Traditionally, the parties shaped the choices put to voters. Long before voters decided anything in the primary or general elections, party bosses worked to groom good candidates, weed out bad ones, organize interests and frame issues.

In the modern era, the story of party decline usually begins in the aftermath of the 1968 presidential election. The move toward primaries and the democratic selection of delegates took power away from the bosses.

After Watergate, there were more reforms, curbing the ability of the parties to raise and spend money freely. This led to the rise of political action committees, which raise cash independent of the formal party structure. As Sen. (R-Ky.) said during the floor debate over the McCain-Feingold campaign finance bill in 2001, "We haven't taken a penny of money out of politics. We've only taken the parties out of politics."

Outside groups -- the , , unions, etc. -- often do more to effectively organize voters around single issues or personalities than the parties do. The Kochs, , and serve as party bosses, only outside the parties.


Technology is another, less obvious force siphoning power from the parties. For instance, as political historian has noted, the telephone dealt a grievous blow to political conventions, where insiders have outsize power.

"Until the 1960s, the national convention was a communications medium," Barone writes. "Political leaders in the various states seldom met each other, outside of sessions of , during the four years between presidential elections."

The telephone eliminated the need for the face-to-face negotiations. Today, political conventions are little more than infomercials for presidential candidates.

The internet and cable TV have accelerated the eclipsing of parties. Opinion websites and TV and radio hosts now do more to shape issues and select candidates than the parties do. It's a bit like comic books. Readership of comics has been in steady decline, but movie studios and toy manufacturers still feed off the brands created generations ago.

The weird thing is that the American people didn't seem to notice. The largest voting bloc in America today call themselves independents, but most of them tend to be as partisan as everybody else, while "pure independents" are less likely to vote at all.

And yet, Americans keep talking about partisan politics as if the parties are in charge, and base voters on the left and the right keep railing against the party establishments like mobs unaware that they're kicking dead horses.

Among the many problems with the rotting out of the parties is that the rot spreads. The parties are supposed to be where politics happens. McConnell's point about money in politics is analogous to the larger trend. When you take political power out of the parties, other actors seize it.

When wielded by people who aren't supposed to be in the politics business, that power corrupts. This is why every Academy Awards ceremony is peppered with asinine political jeremiads, and why late-night comedy hosts serve as de facto Democratic Party organizers.

It's why people like ., the president of , act like social-gospel ward heelers. It's why the cable news networks spend so much of their time rallying voters in one direction or another. And it's why countless pundits and allegedly objective reporters serve as unofficial political consultants.

It's also why could leverage his celebrity to seize the nomination, and why someone like could be next.

There are other, larger forces at work. The decline of strong independent institutions -- religious, civic and familial -- has people searching for other outlets to find a sense of meaning and belonging. Identity politics, populism and nationalism are filling that void.

That's happened before, but when it did, the parties were there to filter, constrain and channel those passions in a healthy direction. The Potemkin parties can't, or won't, do that anymore. The result is a nation of partisans decrying partisanship.