The 'transactional' nature of Clinton Inc. 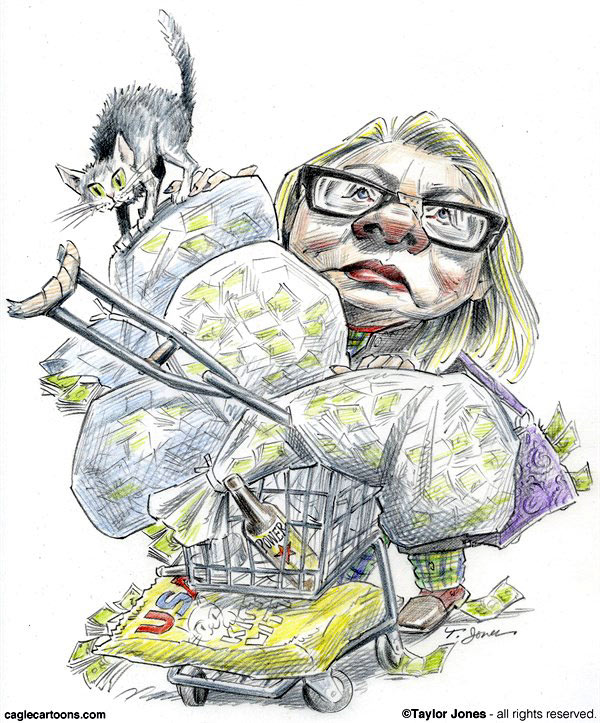 This was an apt description of , longtime right-hand man and the figure at the center of the latest WikiLeaks revelation.

The quote comes from an unnamed former colleague of Band's in an illuminating 2013 profile by .

Band, who touts himself as the founder of "," started out as a intern. He turned down higher-status jobs to focus on being the "body man" for . In politics, a body man is the guy (or gal) whose only job is to make sure the principal is happy, comfortable and treated with the maximum amount of respect. No task is too small or too humiliating for a president's body man. If POTUS wants a bowl of green M&Ms, green M&Ms it is. But it was also Band's job to make sure no one wasted Clinton's time. In short, he was the gatekeeper, the handler, the problem-solver. Like a royal valet, it was his job to anticipate the president's needs before he even articulated them.

Band recognized what throne-sniffers have known for millennia: Proximity to power can be lucrative.

When Clinton's reputation was in tatters at the end of his presidency, thanks mostly to the Monica Lewinsky scandal and Clinton's outrageous midnight pardons of felons and friends, Band turned down a job at to stay with Clinton. Equipped with a law degree he earned at night, Band was like in "The Godfather" -- a lawyer with a "very special practice" handling exactly one client.

It was Band's idea to launch the Clinton Global Initiative, an amorphous pseudo-charity adjunct to the whose main purpose was to pull together celebrities, CEOs, government officials and various charitable organizations into one giant confab where was the star attraction.

The appeal for Clinton was obvious. He loves talking. He loves riffing on wonky solutions -- real and alleged -- to various public-policy problems. He also adores hobnobbing with the rich and famous and being praised by them. And he has a deep-seated need to be relevant.

Band recognized that all of these needs could be monetized, and that he could get his cut. In the memo released by WikiLeaks, he explained how he did it. If you wanted a speech, an endorsement, a meeting with the big guy, you had to go through the little guy and pay the appropriate tribute, not just to Clinton but often to the foundation as well.

In 2011, along with , a longtime fundraiser for , Band set up a company, Teneo, to fully exploit this system, with a much bigger payday for himself. He steered tens of millions to the Clintons and their foundation, as well as lavish "in-kind services for the president and his family -- for personal travel, hospitality, vacation and the like."

MacGillis has too much credulity on one score. , MacGillis writes, "was notoriously blasĂ© about financial matters."

"He doesn't care about money," a Clinton friend told MacGillis. "He doesn't even have a credit card. When he wants to get something he says, 'Wow, I love that,' and whoever he's with says, 'Here it is!'"

This isn't proof Clinton doesn't care about money so much as it's proof he takes it for granted. It's a pristine example of Clinton's aristocratic entitlement. In medieval societies, the nobility looked down on money not because they didn't care about being rich, but because they had little people to sweat the details.

For years I've been making the point that the charitable efforts are both real and misunderstood. They do good things. But, as with the corporations and corrupt monarchies squeezed for donations, the good deeds were always a cost center, an overhead necessity like the light bill.

Charity was the price the Clintons had to pay -- to get to show up, and pay up. The real mission of the , including the Clinton Global Initiative, was to keep Bill a global celebrity and maintain the lifestyle to which he felt entitled.

But there was a second purpose.

"Clinton Inc." is the wrong term. House Clinton -- like House Lannister in "Game of Thrones" -- is closer to the mark.

The Clintons always wanted to get back into power, and for a self-styled royal family in exile, the foundation served as a brilliant way to keep all of the retainers, courtiers and henchmen employed -- and the donors engaged -- as they plotted their return. And, sadly, it appears to have worked.