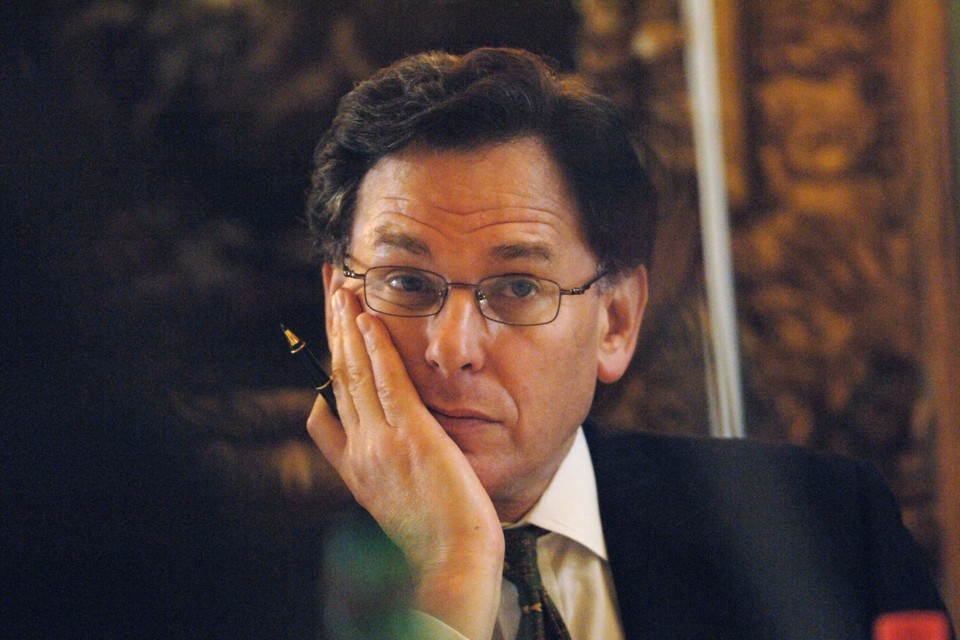 It's an ancient story: An innocent idealist sets out to change the world and in the process becomes what he hates most. "He who fights monsters should see to it that he himself does not become a monster," Friedrich Nietzsche advised.

That's probably the best spin one can put on , the longtime aide and confidant. But it would be just that -- spin -- given that Blumenthal was never an idealist, never mind an innocent. He has remained the same man he was in 1976, when he co-edited "Government by Gunplay: Assassination Conspiracy Theories from to Today." Other contributors to the paranoid collection included renowned JFK assassination conspiracy theorist and former CIA officer , who was giving information to the KGB and Cuban intelligence at the time.

The journalist turned Clinton White House courtier is in the news because he shows up in Clinton's emails -- a lot. (Roughly a third of the last email dump contains email between them.) When first asked about her correspondence with Blumenthal, Clinton insisted he was merely "an old friend" who occasionally sent "unsolicited" email.

That was a lie. It turns out that then-Secretary of State Clinton was in near-constant contact with Blumenthal, urging the head of her "secret spy network" (ProPublica's term) to supply her with information and political advice, mostly about . "Thanks for keeping this stuff coming!" was how she put it in one typical reply.

Nor was he simply acting as an "old friend" either. He was on the payroll of the to the tune of a month. Media Matters, a self-described media watchdog that serves as Clinton's shadow communications operation, paid him a year.

Rep. (R-S.C.), the chairman of the , alleges Blumenthal had significant business interests in toppling the Libyan regime because he was working with a firm seeking contracts with what he hoped would be the new Libyan government. Gowdy claims that Blumenthal disclosed the name of an undercover operative in an email Clinton forwarded over her unsecured server.

Clinton had no choice but to run Blumenthal off the books because the Obama administration banned him. Then- Chief of Staff Rahm Emanuel -- who in the 1990s nicknamed Blumenthal "G.K." for "grassy knoll" -- knew to keep the conspiracy-minded aide at arm's length. It probably never occurred to him that Clinton would go to such lengths to keep her factotum on the team.

But what does it say about Clinton that she just can't do without her pet? Part of the answer is that Blumenthal is a legendary sycophant. But the means of his sycophancy are more relevant. He serves as Clinton's enabler: a rumor-mongering Wormtongue whispering confirmation of the vast right-wing conspiracy that the Nixonian Clinton sees everywhere. Even as a journalist, Blumenthal played this role. He urged the Clinton administration to craft a dossier on the conspiracy driving negative coverage of the Clintons, including in such right-wing rags as the .

When Blumenthal finally landed a job in the Clinton White House, the most frequently told joke in was about how he could finally collect his back pay. One of his chief tasks in the was to lie to reporters about the Monica Lewinsky scandal and the independent counsel's investigation. He infamously claimed that a grand jury had interrogated him about private conversations with journalists. He made it up.

In a chapter in "Government by Gunplay" (defending the ), Blumenthal writes of : "He had a Manichean vision, convinced that all evil emanated from a single source and that all of the devil's work was of a single pattern." Elsewhere in the book, he writes, "The guardians of the established order see themselves as the only fit rulers."

This is precisely how Blumenthal sees the world: a contest between enlightened rulers and evil ones, where power requires making up your own rules. "If you hate a person, you hate something in him that is part of yourself," observed . "What isn't part of ourselves doesn't disturb us."

And that's what makes him Clinton's indispensable man.