It's wrong to assume Kavanaugh would be a partisan justice 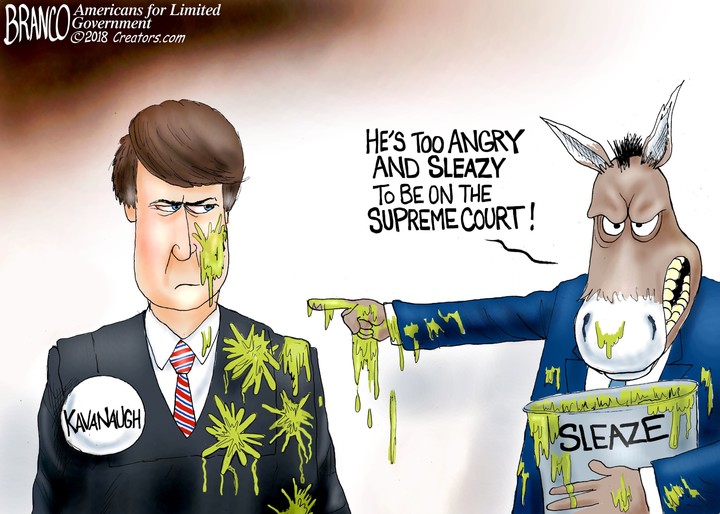 As I write this, it remains unclear whether will be confirmed to the .

But the reaction to the Kavanaugh nomination demonstrates one reason why the court needs more justices with Kavanaugh's philosophy, even if you think Kavanaugh himself should not be on the court.

Words such as tribalism, identity politics and populism get thrown around a lot these days, including by me. (I recently published a book with those terms in the subtitle.) Definitions vary, but for practical purposes they're all simply different words for the same thing.

There are three attitudes or assumptions common to all of these forms of categorical thinking:


1) The mentality that says my team, my tribe, my people are good; our story is true, our grievances are righteous, our agenda is correct, and our means for achieving it are justified.

2) Meanwhile, your team, your tribe, your people are the opposite of these good things; you're bad, your story is false, your grievances are pathetic, your agenda is wrong, and your means are illegitimate.

3) Any allegedly neutral rule is an unfair impediment to what "we" want to do and often a barely disguised tool of the enemy to prevent good things from happening.

The framers of the understood better than most Americans today that this kind of thinking is natural to humans. Wherever people find common interest they will band together -- or try to -- to defend their shared self-interest. The founders called this tendency "faction."

The was designed to make it (hopefully) impossible for any faction to have total control of the government, because if that were to happen, the ruling faction would then change the rules in their favor, permanently. The idea was to inculcate a political culture where every faction understood it was in their long-term interest to abide by neutral rules even if they proved inconvenient in the short term.

Think of it this way: Rules like "wait your turn" or "no cutting in line" may be a hassle when they work against you, but we understand that without such rules, in the long run the only rule would be "whatever you can get away with."

Whatever you think of the person, the judge stands for the idea that the belongs to no faction. Hence the irony of -- who have opposed his nomination from the outset -- now claiming he can't be on the court because he is too partisan. Unable to prove any of the salacious allegations against him, Kavanaugh's detractors fell back on the claim that he's unqualified to be on the because he sounded too angry when he was defending himself in front of the . They claim that his supposedly partisan outburst proves he'd be a loyalist to the rather than to the . But his years on the bench -- more relevant than a moment of anger over the suggestion that he's a gang rapist -- demonstrate otherwise.

I don't find that argument persuasive, but I find the principle they are invoking absolutely correct.

What progressives often fail to appreciate is that "originalist" or "strict constructionist" interpretations of the are not synonymous with pro-Republican interpretations. If wanted a true vassal of his faction on the court, he would not pick nominees from his list; he'd pick them from his payroll or fan club. If he could get away with it, we'd be debating the nomination of Judge or .

Justice , a conservative to the core, hated flag burning just as much as those on the right who favored banning it, but he ruled it constitutionally protected free speech all the same. On criminal procedure, he was often the defendant's best friend on the court. , appointed by Trump, is another conservative in the Scalia mold, and in one of his first decisions joined with the four liberals to deliver a defeat to the Trump administration in Sessions v. Dimaya, an immigration case. Kavanaugh himself threw out one of the first Obamacare lawsuits -- hardly the act of a rank partisan.

Progressives have won so many policy battles by relying on activist courts to do things they could not achieve at the ballot box, they've come to see an activist as a birthright. As a result, the court has been politicized far more than it should be. Progressives have convinced themselves nothing could be worse than a on the bench. But they could do far worse, and they should count themselves lucky that conservatives such as Kavanaugh still believe the court belongs to no faction save the itself.