The challenge of stopping do-it-yourself jihadism 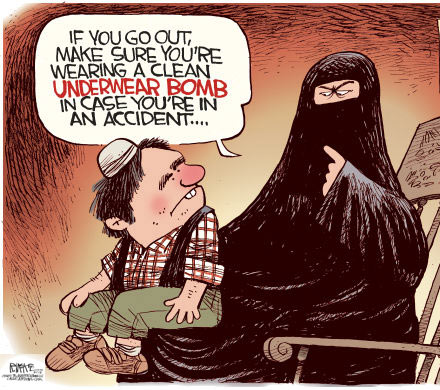 On Thursday, Australian authorities claimed they thwarted a plot by supporters of the Islamic State to grab random people off the street and then behead the captured citizens on videotape. attorney general said that the massive raid, the largest counterterrorism operation in the nation's history, involving more than 800 police officers and raids of at least 12 properties, was necessary because, "If the ... police had not acted today, there is a likelihood that this would have happened."

Australian Prime Minister confirmed that the raids were prompted by intercepted phone calls, from an Australian of Afghan descent believed to be Mohammad Ali Baryalei. reported that he is suspected to be the "most senior Australian member of the terrorist group Islamic State, having traveled to in April last year." A proselytizer for the "," Barylei "was outspoken and wouldn't shy from speaking the truth regardless," a former fellow Dawah member told . "He wasn't pleased with living in Australian society and wanted to live in an Islamic society away from open alcoholism, homosexuality, fornication, drugs and capitalism."

So here's the troubling question: Why did Baryalei bother making the phone calls?

We've been hearing for months that the Islamic State is brilliant at social media. The terror group can reach out to supporters, sympathizers and assassins all around the world with a single tweet, post or YouTube video.

If the terror group wants Muslims in -- or in , or in -- to grab innocent people off the street and saw their heads off, all it needs to do is say so. The word will get to the intended ears quickly enough.

Now, the fact that the Islamic State didn't do this is a little encouraging. It suggests that it's either unwilling to cross that Rubicon quite yet or it has reason to believe that few people would follow through on the public command, making it look weak. That's all to the good.

But there's too much potential bad news here as well.

For starters, it's hardly as if such people do not exist in the West. The fact that, collectively, thousands of Europeans, Canadians and Americans have gone to and for "jihadi tourism" is also an indicator that people willing to do such things live here. It would be nice to think they've all left for jihad abroad, but that seems unlikely.

Besides, there are probably new potential recruits to be enlisted as well. Just this week, , a naturalized American from living in , was indicted for trying to recruit radical Muslims to shoot American soldiers returning from the . He had already been arrested in May for trying to buy handguns with silencers from an undercover agent.

Perhaps most disturbing about all of this is that the Islamic State doesn't seem that interested in blowing up planes. Al-Qaeda always had an odd obsession with destroying aircraft and committing dramatic acts of murder. This fixation had an advantage: Such elaborate plots were easier to be foiled by law enforcement and intelligence agencies. The Islamic State has discovered that beheadings -- which are cheap and relatively easy to conduct -- have a huge impact in the West. They are also horrifyingly empowering to the losers who support the cult. It takes homework to build an IED. Beheadings require very little instruction.

How to stop the equivalent of flash-mob terrorism no doubt keeps Western officials awake at night, particularly when there's so much potential to respond in ways that further radicalize some Muslims. So far, the so-called "anti-Muslim backlash" in the U.S. has largely been a myth. But one can imagine many decent and peaceful Muslims paying a terrible price for the crimes of others if the Islamic State decided to cut out the middlemen handlers and recruiters like, allegedly, Baryalei and Elfgeeh

One can also imagine radicals propagandizing counterterror operations into evidence of anti-Muslim bigotry -- a sentiment which in turn would help with the recruitment effort. ( saw large Muslim protests against the government after the raids Thursday.)

Of course, the challenge of do-it-yourself jihadism has been with us for quite a while. But, like everything else, it seems to be changing in the era of Twitter.