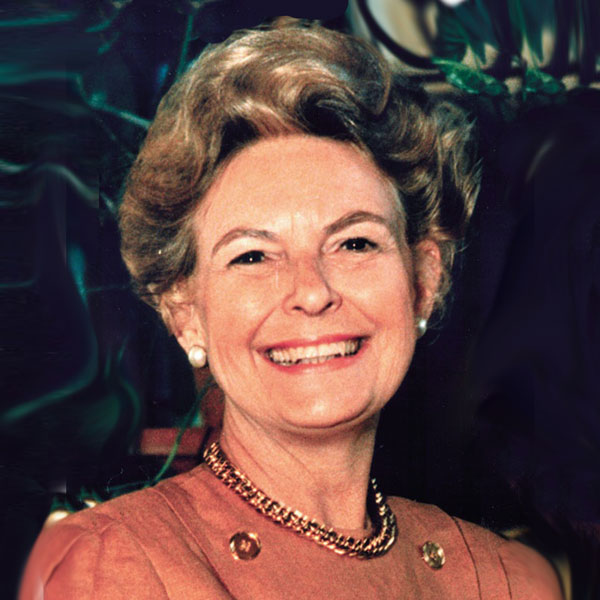 I had my disagreements with the legendary conservative activist, particularly of late. She died the day before publication of her last book: "The Conservative Case for Trump." The title alone should offer the reader a hint of at least one of those disagreements.

Indeed, the deep family squabble among conservatives over the question of gives Schlafly's death added poignancy because it played itself out in her own family. When Schlafly endorsed Trump last spring, six members of the board of directors of Schlafly's , including her own daughter, tried to have her removed from the organization.

But the poignancy is broader than that. One common claim from Trump supporters is that the conservative movement has "failed to conserve anything," so why not take a flier on Trump?

Trump himself has played into this argument. At the state Republican convention, he said, "I'm a conservative, but at this point, who cares? We've got to straighten out the country."

I'm sympathetic to some charges that the conservative movement has failed, though I put the blame more squarely on conservatives who've tried to monetize outrage and purity rather than fight for meaningful reforms. Many of these same conservatives today champion Trump, even though he has held positions that they would have denounced as liberal or "Republican in name only" if they'd passed the lips of any establishment politician. But that's a column for another day.

The notion that conservatives haven't conserved anything suffers from a number of confusions. Exhibit A: herself.

Even her harshest left-wing detractors concede that Schlafly almost single-handedly stopped the ratification of the Equal Rights Amendment. When she launched her effort, the ERA's adoption was seen as a foregone conclusion. Most historians agree she was indispensable in defeating it. The battle over the ERA highlights a contradiction in the term "conservative." Generally speaking, a conservative is someone who resists unnecessary change. As Viscount Falkland said four centuries ago, "When it is not necessary to change, it is necessary not to change." In this formulation, the conservative is the brake pedal and the progressive is the gas.

There's often much to recommend slowing revolutionary change to the pace of incrementalism. Still, politically, this has always put traditional conservatives at a disadvantage, because it implies they don't change the direction, just the speed. That is why the philosopher rejected the conservative label, saying the "fate of conservatism [is] to be dragged along a path not of its own choosing."

There are two problems with this argument. First, conservatism's critics are often guilty of "Parmenides' Fallacy," named after the ancient Greek philosopher. We judge conservatives by the results of choices made, not by choices thwarted. It's easy to second-guess when someone decides to enter door No. 2 if we don't like what lies beyond it. But that criticism has no bite unless we know what would have happened if he'd chosen door No. 1. If conservatism is futile, Schlafly should never have bothered.

The second problem highlights the contradiction in the term "conservative." American conservatives, unlike the ones Hayek had in mind, aren't merely opponents of change; they're champions of liberty. This is why Hayek also said that America was the one country where you could call yourself a conservative and still be on the side of freedom: We are trying to conserve the classical liberal tenets of the American founding.

And on that score, conservatism has had quite a few successes. Without conservatives, the statism of war socialism and FDR's New Deal would never have been beaten back or kept at bay. Without and groups like the , constitutionalism would be a dead letter or footnote to the cult of the "living Constitution." The Heller decision affirming gun rights would have been unimaginable, as would be the and rulings. Without conservatives, would never have signed welfare reform, and Obamacare would certainly have had the public option the wanted. One can only wonder how the Cold War would have ended -- if at all -- if liberals had the run of the field since World War II.

A world where , , , , , , and, not least, never bothered to make the effort would certainly look quite different, but as a conservative, I find it hard to imagine it would look better.