Turning a blind eye to discrimination in China 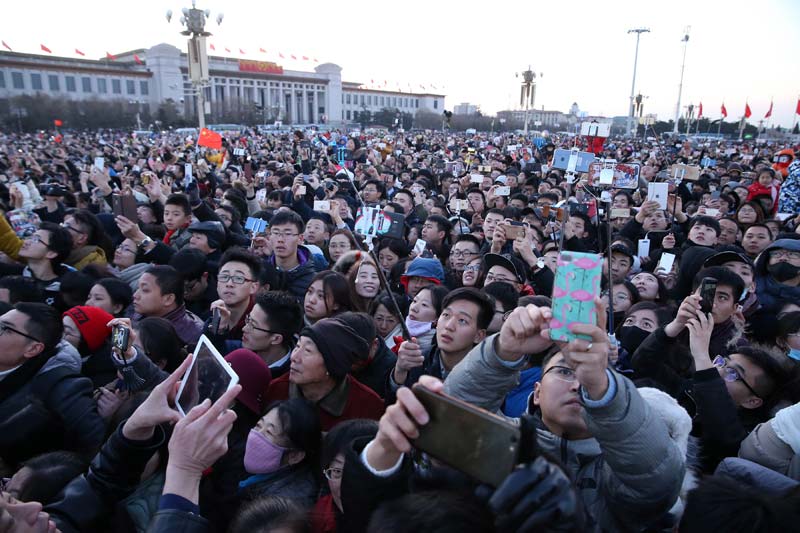 The moral landscape of America's self-understanding is often reduced to a few easily recognizable landmarks: slavery and abolition, Jim Crow and the civil rights movement, World War II and the Holocaust. Every dictator we confront gets compared to Hitler, and nearly every domestic controversy gets squeezed into a familiar historical mold. (The Trump administration's child-separation fiasco at the boarder may have been terrible, but it wasn't Treblinka.)

This is an old lament, of course. And other than doing a better job at teaching history, I'm not sure how we should go about fixing the problem. What's more interesting to me are the cases where we decide not to use this moral shorthand.

Not long ago, , a police state, killed hundreds of thousands of its own people. But generations of people who were raised to believe that "never again" was the abiding lesson of the Holocaust in effect said, "Well, maybe one more time." We didn't have the appetite to fight a war.

Or consider the fact that Jim Crow is alive and well -- and living in .


America's Jim Crow system of second-class citizenship is rightly remembered as our version of apartheid, a racist raft of laws designed to dehumanize and marginalize African-Americans in the name of white supremacy. But it was also a form of economic regulation designed to prevent blacks from participating fully in the labor market and to protect business from the supposedly dire threat of rising wages. Such statist crony capitalism doesn't detract from the moral horror of Jim Crow, but it does help put it in context.

In , there is systemic discrimination against non-Han Chinese. Ethnic minorities -- about 10 percent of the Chinese population -- are routinely denied access to elite universities and urban job markets in the name of Han supremacy. Under internal passport system, many non-Han aren't permitted to even look for work outside of their rural provinces. Tibetan and Uighur citizens are often barred from using Chinese hotels.

Not only does have its own version of Jim Crow, it still has its own version of slavery. Under its prison labor system, laogai -- "reform through labor" -- millions of slaves churn out all manner of "Made in " wares and even provide many of the organs for transplant surgeries in .

Other ideas that arouse rage ("cultural appropriation," "cultural genocide," "occupation," "xenophobia") get much less attention in the Middle Kingdom than they do elsewhere. The Han are simultaneously erasing minority cultures and reducing them to kitsch for Chinese tourists. Mongols now make up less than 20 percent of population. Minority languages aren't taught in many schools in places such as .

In America, we increasingly hear that enforcing immigration laws is a kind of hate crime. But we mint about 700,000 new citizens each year. Meanwhile, in , it is almost impossible to become a Chinese citizen if you weren't born there to Chinese parents. The 2010 census found just 1,448 naturalized citizens. (Yes, total, not just for the year 2010.)

Earlier this month, the reported that is holding millions of Muslim Uighurs in a sprawling gulag of "counter-extremism centers" and "re-education camps for political and cultural indoctrination." Prisoners are forced to swear loyalty to Chinese leader . Bans on Muslim garb and long beards are becoming more common. Much of this has gone unnoticed in America, no doubt in part because many refuse to be distracted from their constant watch for Islamophobia here.

I am not offering any policy prescriptions here. Nor am I saying that we should turn a blind eye to our problems or shortcomings just because are worse. But it does seem as though we're most reluctant to invoke our moral lodestars precisely when they most apply.