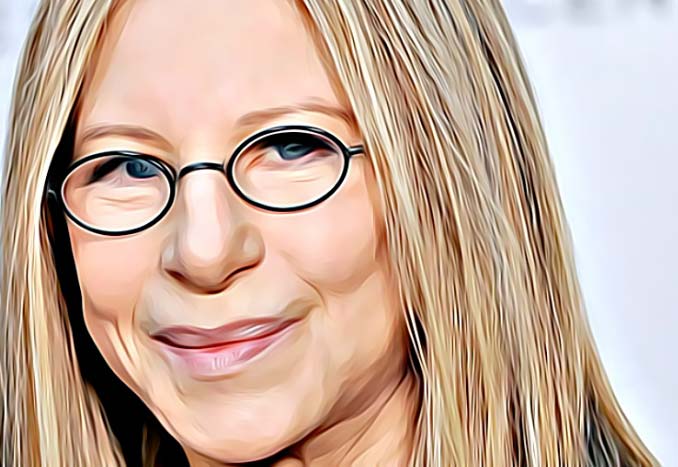 In 2005, the Los Angeles Times hired me as a columnist. That was great news (for me). But the best part was when canceled her subscription in protest.

Her real complaint wasn't so much that the had hired me, but that it had dropped , an old-style, left-wing writer, in the same editorial shakeup. "The greater community is one that not only proudly embraces its diversity, but demands it," Streisand wrote in an "open letter" to the newspaper. "Your decision to fire is a great disservice to the spirit of our community."

"It seems that your new leadership ... is entirely out of touch with your readers and their desire to be exposed to views that stretch them beyond their own paradigms. So although the number of contributors to your Op-Ed pages may have increased, in firing Scheer and hiring columnists such as , the gamut of voices has undeniably been diluted."

Some might stub their frontal lobes on the idea of a "diluted gamut" (whatever that is). But to paraphrase Boon from "Animal House," when Bluto reminisced about the Germans bombing : "Forget it, she's rolling."

Other than boastfulness, I bring this up for a specific reason. Without intending to, Streisand actually managed to synthesize the problem with diversity mania. You see, by bringing me and some other writers aboard, the did diversify its editorial fare. In theory, Streisand touted the importance of presenting readers with diverse views (stretched paradigms and all that). But in reality, she wanted to read only views she agreed with. Not only was Scheer a friend of hers, she was his biggest fan. Scheer did not "stretch" her paradigms; he confirmed them.

Moreover, ethnically Scheer and I are almost indistinguishable. We're also both white males. The only meaningful difference between us, besides age, is that I'm a conservative. When Streisand talked about diversity, she meant a diversity of attributes -- sex, ethnicity, skin color, etc. -- but not viewpoints. It's like when insisted he wanted a that "looks like America" but whose members all thought the same way.


The Streisand episode came to mind while I was watching the ridiculous media feeding frenzy over a memo written by a since-fired employee, , titled "'s Ideological ." In it, he extolled diversity and praised many of the company's efforts to hire more women. But he argued that many of these efforts were counterproductive and at odds with other forms of diversity.

His real "crime," however, was his suggestion that the obsession with hiring more female engineers ran into some structural problems that could not be solved with ever more aggressive outreach. Whether for reasons of culture or biology (or both), women are more reluctant than men to pursue degrees in engineering and computer science.

To listen to the hysterics, this can be explained entirely by the sexist bias of the computer science and engineering fields -- and the big corporations that depend on them.

This is nuts. It's absolutely true that women were once blocked from many careers. But since those barriers were lifted, women have flooded into, or even have come to dominate, all manner of fields. Is it really plausible that sexism is the primary, never mind sole, explanation for female under-representation in computer science and engineering?

Sure, sexist bigots in medicine, law, journalism, the clergy (!) and almost every other field saw the light. But the that is engineering raised the drawbridge to prevent women from designing drawbridges?

No doubt there are real injustices out there. The demands of motherhood and the culture of surely pose challenges. But these disparities are nonetheless a sign of great social progress. Women are choosing the careers they want. I don't hear many people bleating about the lack of sexual diversity among trash collectors.

The issue here isn't diversity, but conformity. Everyone must agree with a very narrow dogma about not just sexual equality but the approved ways of enforcing it. At a shareholders meeting in June, , chairman of parent company Alphabet, said, "The company was founded under the principles of freedom of expression, diversity, inclusiveness and science-based thinking." He also added: "You'll also find that all of the other companies in our industry agree with us."

Exactly: Our gamut is undiluted and our paradigms are made of oak.