We have problems, yes, but let's put things in perspective 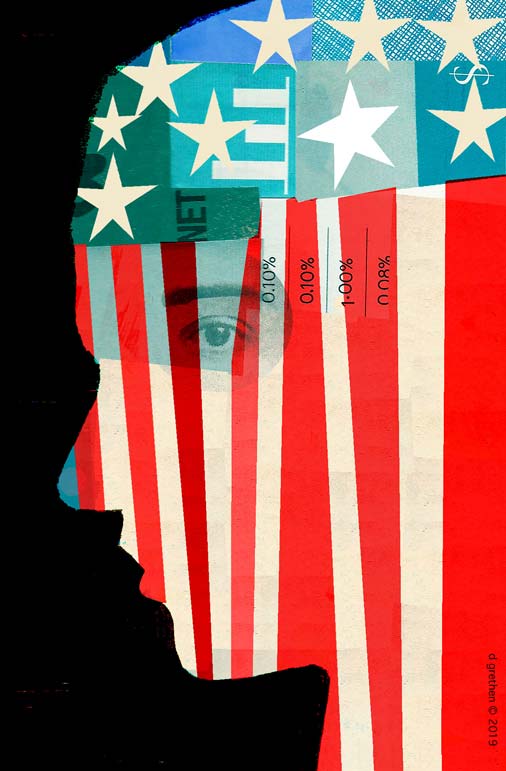 I don't think I'm going too far out on a limb when I say that a lot of people are losing perspective. I won't be too specific, because if you're on one ideological team, you probably think I'm referring to the other team.

One common practice to avoid flying off the handle is to count to 10 before saying anything you might regret. Another good piece of advice is to imagine that the person or people you're angry at are working from good intentions.

Here's another thought exercise that might be useful: Consider the possibility that the things we worry about the most might be the least of our problems.

National security expert once noted that "if you'd asked about the threats her society faced, she'd probably have worried aloud about a breakdown in sexual and other morality. ... Every age seems to warn itself most sternly about the risks that are least likely to do it harm."

Before I go on, let me acknowledge that this isn't always the case. This is a terrible heuristic if you're being chased by a bear. It's not an iron law. It's merely a useful item on a mental checklist.


That said, one way to explain what I mean is to consider the law of diminishing returns. This is a phenomenon commonly associated with economics, but it also exists in psychology and virtually every sphere of life. Low-hanging fruit are easy to pluck. So, in the beginning you can get a lot of apples with comparatively little effort. The last, say, 10 percent of the apples require more effort and risk than the first 90 percent because you have to climb to the top of the tree.

If you've ever dieted, you know the first 20 pounds are wildly easier than the last five. In psychology, we get a lot more satisfaction from an activity in the beginning, but as time goes by it becomes harder and harder to squeeze out the joy.

Now consider politics. For understandable reasons, America is in a kind of panic about bigotry here. But if you look at America from outside the distorting fishbowl of the current moment, an impartial observer might think we're way into the last 10 percent. Slavery was banned more than 150 years ago. Women got the vote almost exactly 99 years ago. Jim Crow was outlawed more than 50 years ago.

By any measure America has become astoundingly less racist since then. In 1958, according to the , 44 percent of whites said they'd leave if a black family moved in next door. In 1998, only 1 percent did. In 1990, according to the , 63 percent of non-blacks expressed dismay at the prospect of a close relative marrying a black person. By 2016, that number had dropped to 14 percent. In 1967, only 3 percent of Americans married outside their race or ethnicity. Today, nearly one-fifth do.

There has been, according to some measures, a modest uptick in hate crimes since 2015, but there's also been a huge increase in sensitivity to hate crimes and thus much more reporting of it.

This dynamic applies to so many of our raging controversies. There are real threats to free speech out there, but those threats need to be understood in the context of the fact that speech has never been freer, at least legally. Abortion rights might seem to be in peril, but that's against a backdrop of some of the most liberal abortion laws in the world.

And then, of course, there are guns -- a major source of the current political frenzy, and for understandable reasons. As with abortion, gun rights have expanded over the last 40 years, but supporters of a robust Second Amendment (including me) might take a moment to appreciate that. Opponents of gun rights, meanwhile, could pause to consider that gun homicides and other crimes have plummeted since the early '90s.

Of course, mass shootings of the type we saw in and last weekend have been on the rise. My point isn't to offer a solution to that very real problem, it's merely to note that maybe we're wrongly defining the problem itself.

The fact that the country is so concerned about bigotry and violence is good, because it's a sign that our tolerance of such things has shrunk. All I'm doing is asking that people take a breath, count to 10 and put it all in some perspective.