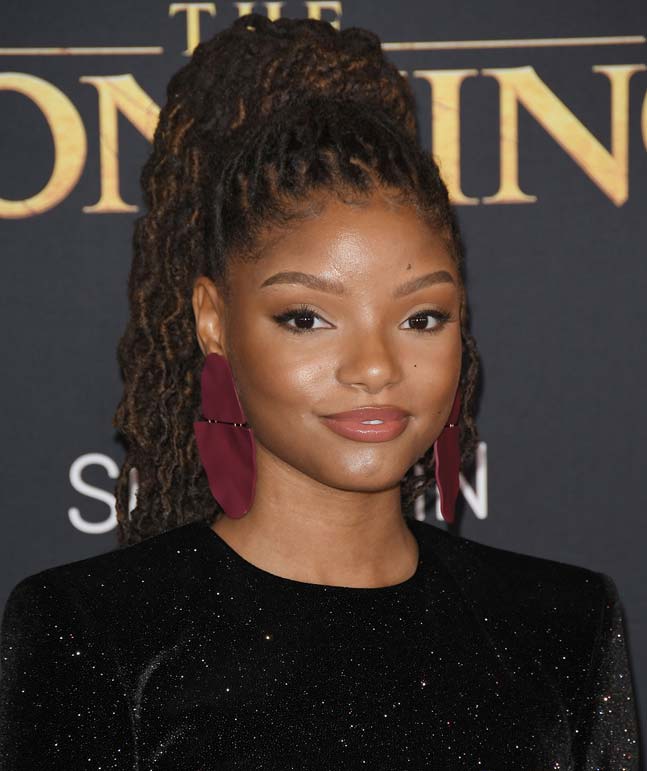 The casting of Halle Bailey in a live-action remake of "The Little Mermaid" prompted some criticism and at least one social-media shock story. Sipa USA

Did you hear about the backlash against for casting , a young black woman, for the lead in the live-action version of "The Little Mermaid"?

The ran an essay on the furor, with the headline, "The white nostalgia fueling the 'Little Mermaid' backlash." The subhead explained, "The uproar over a black Ariel shows how important representation in children's entertainment is."

The essay, written by , an associate professor at , informed readers that, "On , as Americans celebrated with barbecue, fireworks and armored vehicles rolling through the streets of , #NotMyAriel began trending on Twitter."

"Outraged by Bailey's casting as Ariel, many (white) fans took to Twitter to express their disappointment and to threaten to boycott the film," Newman wrote.


Apparently, some people find the idea of a half-human, half-fish creature to be believable enough, but only if the human half is a fair-skinned Scandinavian.

But this story was about much more than just a movie.

"The #NotMyAriel backlash is part of the wave of white nostalgia that used to win the presidency by appealing to white, working-class Americans who feel marginalized by the country's growing diversity," Newman lamented. "In Trump's America, it's possible to return to a 'simpler' past characterized by upward economic mobility and straight, white male cultural and political dominance."

Now, I agree that white nostalgia is a thing. So is black nostalgia -- just look at the arguments over the gentrification of historically black neighborhoods in or And I certainly have my criticisms of culture-war politics. I don't dwell on Newman's essay to debate her thesis, but to question her methodology.

It's true that the hashtag "NotMyAriel" was briefly trending on Twitter. And it's true that some people objected to the casting of Bailey in the role. But if you scroll through the tweets using the hashtag, you'll find that most of them are by people mocking the hashtag and the sentiments behind it. Without the backlash to the "Little Mermaid backlash," it never would have been trending in the first place. (Moreover, of BuzzFeed found evidence suggesting the tweet that set off the viral frenzy came from a troll account.)

Newman links to a single Twitter account -- one belonging to a teenager who had, as of this writing (despite being exposed in a piece), a whopping 269 followers. For context, the (excellent) Twitter account for Steak-Umm frozen meat slices has nearly 55,000 followers.

This is an increasingly common form of lazy, almost fake, journalism and analysis.

This week, the British branch of ran a story headlined, " criticised for 'white supremacist' T-shirt." Pratt, the star of "Guardians of the Galaxy" and other films, was spotted wearing a T-shirt with the Gadsden "Don't Tread on Me" flag on it.

Yahoo was widely and correctly criticized for the ignorant and stupid claim that the Gadsden flag is a white supremacist symbol -- and subsequently changed the headline. But its methodology was equally idiotic. Yahoo collected a handful of tweets from random people with tiny followings and created a controversy where there was none.

There are nearly 70 million active Twitter users in the Scooping up a few dozen, or even a few thousand, people with strong opinions and stitching them together to reveal a major trend isn't journalism or analysis. It's a kind of fabrication -- or at least it can be if you're only looking for the evidence that conforms to your thesis or satisfies your need for clicks. This is particularly true given that there are many people (never mind bots) whose sole mission is to say shocking things.

You could go to a packed football stadium and interview 30,000 people until you found a handful who believe that cheese and beer are disgusting. That doesn't give you license to write a story headlined, "Shocker: fans turn their backs on cheese and beer."

But that's what writers are doing when they cherry-pick social media for counterintuitive shock stories. It's even worse when they cherry-pick examples for intuitive stories. By that I mean the practice of hunting and pecking through the internet in search of examples that confirm what you already believe in your gut. It's an open warrant to fuel polarization by hiding biases behind anecdotes disguised as data.