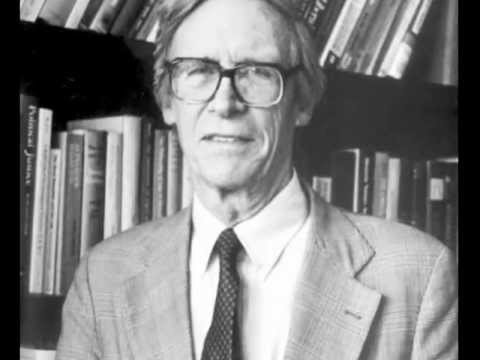 I wonder what would think of the market for fetal livers.

The great liberal philosopher isn't quite a household name, but his influence on contemporary American liberalism and political philosophy is hard to overstate.

Before his death in 2002, Rawls was arguably the foremost proponent of "distributive justice." In "A Theory of Justice," he offered a thought experiment. Imagine you and a group of other people were in a kind of metaphysical limbo, tasked with designing a society from scratch. But you exist behind what Rawls called a "veil of ignorance." You will be "born" -- "placed" is probably a better word -- into that society, but you don't know where on the socio-economic ladder you will land. You don't know whether you will be born a man or a woman, black or white, young or old.

How would you, and others in this "original position," want society to be arranged? The answer, according to Rawls: as fairly as possible.

Since you don't know where you'll land, you'd want to reduce the chances that you'd be born with a disadvantage.

Rawls proposed this thought experiment -- and it is an excellent one -- to help illuminate how we might better think about justice. Many political liberals embrace Rawlsianism -- and claim President Obama as a member of their philosophical tribe -- because it lends a powerful argument for distributing resources to the least well-off. No one should start life with disadvantages he had no role in creating, so we should therefore heavily tax the advantaged to pay for programs that help the disadvantaged.

I have my problems with all this. On the practical side, such efforts have, at best, a mixed record of success and often seem aimed less at fixing the root problems and more at rewarding the anointed problem-solvers -- teachers unions, bureaucrats and other members of the Democratic coalition. A better approach, consistent with the spirit of Rawlsianism, would focus on fair rules for everyone, not government spoils.

On the philosophical side, the suggestion that one can design a whole society from scratch through the power of reason alone is fraught with problems. Men are not gods, and we cannot abstract our way into becoming them.


But where the Rawlsian "original position" really falls apart for me is on the question of abortion. Practically, the only true "original position" isn't in some hypothetical realm, but in the womb. And the first choice we would all have from behind the veil of ignorance is to be born in the first place.

Which brings me to , senior director of "medical research" at Planned Parenthood, the of the abortion industry. Nucatola was caught on video haggling over the market price for fetal body parts. (Planned Parenthood would prefer it be called the "reimbursement" rate.)

"I'd say a lot of people want liver," she explained to undercover pro-life operatives pretending to be buyers from a biotech company.

So she and her harvesters use ultrasound techniques to figure out where the liver and other desirable organs are. That way they can be "cognizant of where you put your graspers."

This technique, she explains, is "good at getting heart, lung, liver ... so I'm not gonna crush that part. I'm going to basically crush below, I'm gonna crush above, and I'm gonna see if I can get it all intact."

"Crush above" is her way of saying the baby's skull is crushed with tiny jaws of death. At Kermit Gosnell's infamous flea-ridden, urine-soaked, abortion abattoir in , some babies were often fully delivered before the abortionist cut their spines with scissors. Gosnell charged by the weight of the baby, according to the grand jury report on his case.

Rawls was explicitly in favor of abortion in the first trimester and more vague about later-term abortions of the sort practiced by Gosnell and described by Nucatola. The abortion industry prefers to talk about abortions that do away with unwanted "clumps of cells" or clear out "uterine contents." But the beings Nucatola sells for parts have hearts and lungs and livers. Clumps of cells do not.

If I were living behind the veil of ignorance and was afforded the opportunity to be eliminated in utero, I'd probably opt for getting it over with as soon as possible, before I developed pain receptors, never mind salable parts. But, again, I'd first choose to be born. In that sense, you could say I'm pro-choice.