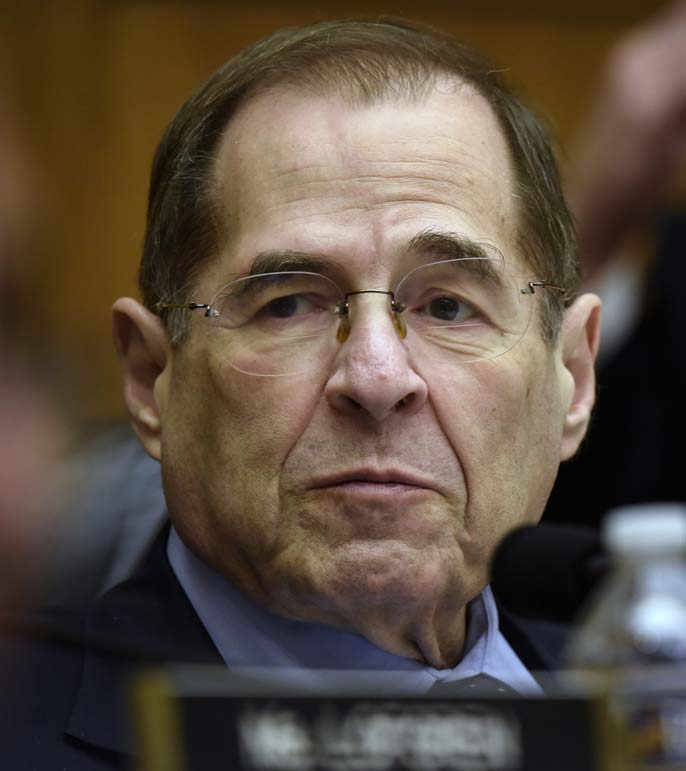 "Do you think this is impeachable?" , host of "Meet the Press," asked Rep. about the findings in the report by special counsel .

Within studio and outside it, this was greeted as news. Maybe in one sense, it was. Nadler chairs the , where impeachment proceedings originate. Like the Democratic leadership generally, he has been very circumspect on the issue. House Speaker remains reluctant to commit to impeachment. Nadler, however, nudged the Democratic position toward impeachment, slightly.

But in another sense this was just another no-duh moment. Of course, obstruction of justice -- if proved -- is impeachable. Not even would dispute that.


Obstruction of justice was at the heart of the impeachment case that caused to resign. It was one of the two charges against in his impeachment (the other was perjury).

But here's the thing: Even if it's not proved, obstruction of justice is impeachable. What I mean is: If a majority of House members think the president obstructed justice, they can vote to impeach him, even if the charge would never fly in a court of law. In fact, the House can impeach the president for literally any reason it wants, including noncriminal behavior. That's because isn't a judicial body, and impeachment isn't a criminal proceeding but a political one -- and, save for the trial in the , there's no appeal.

The frustrating thing about impeachment debates -- under every president, not just Trump -- is how lawyers are granted almost priestly authority over the subject, in part to save politicians from making tough calls. That is not what the founders intended. In Federalist No. 65, -- the dude from the musical -- explained that impeachable offenses "are of a nature which may with peculiar propriety be denominated POLITICAL" (the all-caps are Hamilton's). They "proceed from the misconduct of public men, or, in other words, from the abuse or violation of some public trust" that does injury "immediately to the society itself."

Among the 11 articles of impeachment against , Article 10 remains my favorite. It charged the president with attempting "to bring into disgrace, ridicule, hatred, contempt and reproach, the of ... to impair and destroy the regard and respect of all the good people of for the and the legislative power thereof ..."

Because impeachment is a political process, the key consideration isn't what criminal law says, but what the American people say. Yet they too have abdicated their responsibilities to call out leaders who have violated the or simply the public trust. When President signed the Bipartisan Campaign Reform Act of 2002 (also known as the McCain-Feingold Act, restricting certain spending on political campaigns), Bush said the law presented "serious constitutional concerns." He signed it anyway, saying he'd leave it for the courts to deal with them. Bush was right about his concerns, as the court ruled in v. .

The president takes an oath to uphold the . In Bush's own words, he violated the spirit of that oath. , of course, wouldn't impeach a president for signing a law it passed. But I wish I lived in a country where voters saw that as an impeachable act.

Worse, Americans now seem to believe presidents from their "side" can take whatever steps the will let them get away with. unilaterally overhauled immigration policy, though he had repeatedly said he didn't have the authority to do it. were outraged at this abuse of executive power -- and they shouldn't have been alone. But they were, so now they're not inclined to share outrage over Trump's excesses.

has impotently outsourced its own judgment to lawyers, courts, executive branch bureaucrats and, most importantly, to a public capable only of partisan outrage. So now congressional wrestling with whether to impeach Trump are pretending they need some legal smoking gun. It's all a canard. All they need are votes -- first in the House, then in the -- and the support of Americans around the country. They might have enough of the former but probably not of the latter.