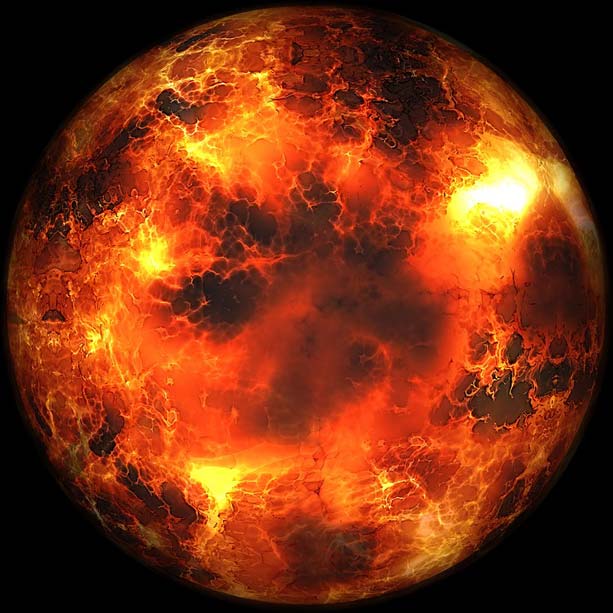 Imagine there's a movie about a meteor heading toward earth. It will be here in 12 years. Following convention, once you got past the part where the maverick scientist or precocious kid discovering it struggles to convince the world about the threat, you'd expect the president or the military to leap into action.

is usually left out of such plots, but it's not a stretch to imagine that would race to authorize a plan to send astronauts into space to prevent Armageddon or a planetary deep impact. (If you don't believe me, I refer you to the movies "Armageddon" and "Deep Impact.")

The initial rollout of the Green New Deal, a sweeping proposal to overhaul the economy and, taken seriously, society itself, was supposed to follow a script like this. The opened the bidding by announcing last year that we had 12 years to keep the pace of climate change from accelerating too fast to contain the damage. Like a high school game of telephone, this quickly became a blanket statement that we have "12 years to save the planet."

Climate change is a real concern, but if we did absolutely nothing to stop it, the planet would still be here in a dozen years. So would the human race and many other living things. In fact, if America did virtually everything the Green New Dealers propose, global emissions of greenhouse gases wouldn't change that much unless , , and all the African nations followed suit.


There are people who nonetheless believe that climate change is a world-threatening calamity and that exaggeration is a necessary tool to galvanize public opinion. If you Google the phrase "12 years to save the planet," you'll find people who think it's literally true.

The problem is that we've heard these things before. In 1989, a U.N. official predicted "entire nations could be wiped off the face of the Earth by rising sea levels if the global warming trend is not reversed by the year 2000." In 2008, warned that the northern polar ice cap could be gone in five years.

Melting polar ice is something to worry about, but it's not gone.

The reasons this is a political problem for climate-change warriors should be obvious. First, they are their own worst enemy when it comes to maintaining credibility. By working on the theory that they have to scare the bejeebus out of the public, they made it easy for people to dismiss them when their prophecies didn't materialize.

Another problem, which compounds the first, is that they get greedy. Working on the premise that a crisis is a terrible thing to waste, progressives have a long record of trying to throw other items on their wish list into the anti-climate change shopping cart. The Green New Deal, as presented by Rep. , includes high-quality health care for everyone, guaranteed jobs, paid vacations, a living wage and retirement security.

Indeed, it's worth remembering that environmentalists targeted the fossil fuel industry for early retirement long before concerns about global warming were on the agenda. The anti-oil campaign began with the oil spill in 1969, back when concerns about another ice age were still taken seriously.

You can believe that climate change is a real problem and also be forgiven for thinking progressives are trying to pull a fast one. This is especially so when you consider that proponents of the GND also favor phasing out nuclear power, which could provide vastly more electricity than wind or solar (and more efficiently).

Which gets me back to where I started. Imagine there was a movie about an incoming meteor that could only be stopped with a nuclear warhead, and the heroes insisted that nuclear weapons are just too icky to use, even to save the planet. Audiences would scratch their heads.

They might also think they missed a crucial plot point if the protagonists proposed a sweeping government effort to stop the meteor and then, when given the opportunity to vote for it, voted "present" in protest. That's similar to what happened this week. Senate Majority Leader brought the Green New Deal to the floor for a vote, and refused to vote for it. Instead, they harangued McConnell for pulling a stunt.

They were right. It was a stunt. But sometimes it takes a stunt to expose an even bigger one.