The cult of Beto 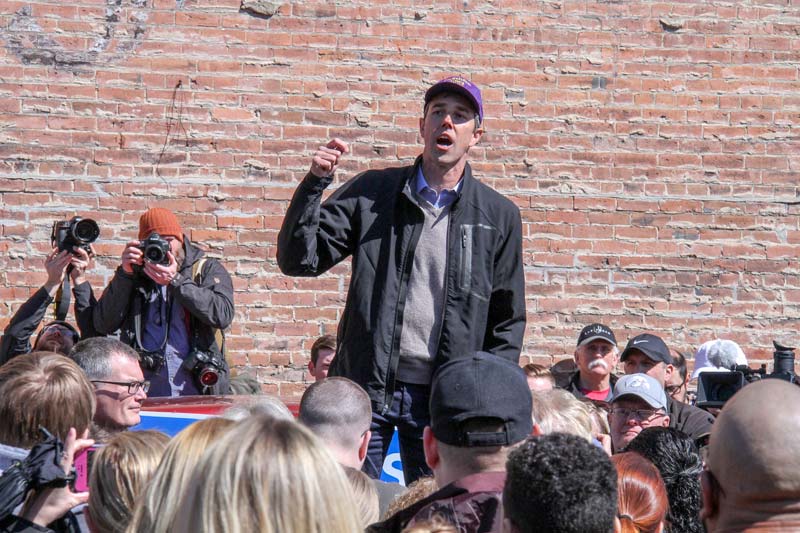 Robert "Beto" O'Rourke's biggest fans and supporters insist he is a forward-thinking, future-oriented visionary, but no contender for the Democratic nomination feels more familiar than the former three-term congressman from .

That's because he has the highest combined score in both deja vu and nostalgia, which are two different things. Deja vu is the unsettling sense that you are repeating a specific experience. Nostalgia is a kind of sentimentality, a homesickness for the past.

Of the other straight white men officially or presumably vying for the nomination, only Sen. (I-Vt.) and former Vice President can compete with O'Rourke on these fronts.

There's a lot of deja vu to the Sanders campaign, because it feels like it never really went away. When he announced for 2020, it was a here-we-go-again moment.

But Sanders' campaign isn't wrapped in nostalgia -- even if Sanders himself is steeped in it, mostly for what he imagines Scandinavia was once like. What he represents is oddly new for such an old candidate. Sanders has been a thorn in the side for decades. His success at pulling the party to the socialist left in just a few years is too politically fresh to be a nostalgic appeal.


How many people are old enough to even remember a previous era when "socialist" had a positive connotation among the hardcore Democratic base? Perhaps there are some fans of , or still with us, but Bernie's core supporters think socialism is about the future, not the past.

Meanwhile, there's a lot of nostalgia to Biden, but not much deja vu, because he's never run for president when voters actually took him seriously.

Biden conjures memories of several bygone eras. For some, he's a reminder of the Obama years, when progressives were never more sure history was on their side. For others, he's an icon of the old days when patronizing old white men were still the face of big-government liberalism. Also, Biden is positioning himself as a kind of Grandpa Joe who gets along with everyone, the way we imagine politicians did in the good old days.

But in the combined category, O'Rourke wins the nostalgia-deja vu biathlon by a mile.

Everything about his candidacy feels like a triumph of nostalgia-peddling. The constant refrain that he's this generation's is an interesting play on the time-tested effort by Democratic candidates to claim the Kennedy mantle, thought usually it's , not RFK. Then again, it makes sense given that RFK moved left of JFK -- and so has the Democratic Party.

There's also a shared authentic inauthenticity to O'Rourke. groomed his boys for the presidency from an early age. O'Rourke's dad assigned his son the nickname Beto almost from birth, because he thought it would help win votes in .

Like a 1960s Kennedy, O'Rourke is an old person's idea of what a young person is supposed to be like, albeit with a Gen X spin: skateboarding, membership in a punk band, etc. Sure, O'Rourke was born the same year that and first ran for the , as a Democrat and social democrat, respectively. (Biden won.) But that only makes him young compared with those guys.

Then there's the deja vu. O'Rourke's candidacy feels like a rerun, and not merely because the media covered his recently concluded race against as if it were a presidential contest. (A race, it's worth nothing, that O'Rourke lost despite having raised more money than any candidate ever, and despite the fact that his opponent was wildly unpopular).

No, the real queasy feeling I get from the O'Rourke candidacy is that this feels like the new normal: A charismatic candidate develops a cult of personality, then uses the party apparatus as a platform not for any ideas, but rather to promote a celebrity brand.

O'Rourke's not the only one doing it -- that's the point -- but he is the only one who has to. Because unlike his non-male, non-white opponents, he's got nothing else to fall back on.