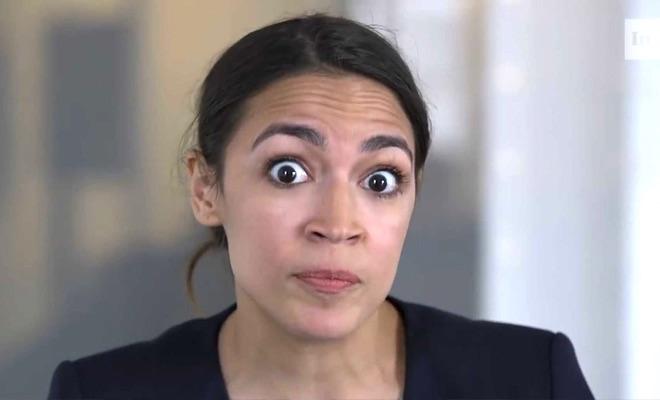 The new face of the Dems?

It's fitting that the Green New Deal pushed by many but popularized by Democratic phenom Rep. , who had her "60 Minutes" debut on Sunday, is a triumph of recycling.

Not of plastic bags or soda cans, but of ideas. Specifically, Franklin D Roosevelt's New Deal and the impulses behind it.

To her credit, Ocasio-Cortez (D-N.Y.) is fairly honest about her ideological recycling.

"None of these things are new ideas," she explained on the campaign trail last October. "What we had was an existential threat in the context of a war. We had a direct existential threat with another nation; this time it was Nazi and the Axis, who explicitly made as an enemy."

"We chose to mobilize our entire economy and industrialized our entire economy, and we put hundreds of thousands, if not millions, of people to work in defending our shores and defending this country," Ocasio-Cortez continued. "We have to do the same thing in order to get us to 100 percent renewable energy, and that's just the truth of it."


Alas, AOC, as many now call her, started the story in the middle. The need to prepare for war marked the end of the New Deal. As FDR put it, it was time for "Dr. New Deal" to be replaced by " the War."

Ironically, the New Deal itself was largely about war mobilization -- without war. Roosevelt campaigned for president promising to adapt wartime industrial policies to fight the Great Depression.

Even before Roosevelt was elected, his aides investigated whether they could use the Trading with the Enemy Act for a gold embargo. In his inaugural address, FDR proclaimed, "I assume unhesitatingly the leadership of this great army of our people dedicated to the disciplined attack upon our common problems."

Nearly the entire structure of the New Deal was copied from Wilson's "war socialism." was modeled on the War Industries Board. was an update of Wilson's .

The military buildup began not as a response to the Nazis but as a jobs program. paid for the aircraft carriers Yorktown and Enterprise, as well as four cruisers, many smaller warships and more than 100 army planes.

Even the workforce was militarized. On , stores in were ordered to close to honor the president's NRA Day Parade, then the largest parade in the city's history. Nearly a quarter-million workers, organized by trade, marched past the president's rostrum as 49 military planes flew overhead.

Under the NRA, breaking discipline was a punishable offense, which is why a tailor, , was sentenced to 30 days in jail for charging too little to press a suit.

I could go on, but the important point is that ever since philosopher coined the phrase the "moral equivalent of war," American liberalism has been recycling the same basic idea: The country needs to be unified and organized as if we are at war, but not to fight a literal battle. The attraction stems from what called "the social possibilities of war" -- the ability to reorganize and unify society according to the schemes of planners and experts.

This was the through line of 20th century liberalism, and now 21st century liberalism, too. Wilson's war socialism, FDR's New Deal, , , Great Society, declaration that the energy crisis was a "moral equivalent of war," and "new foundation for growth," with his -inspired talk about "Sputnik moments": It's all the same idea gussied up as something new.

Another irony: The militaristic organization of the domestic economy is a hallmark of nationalist movements. But nationalism is a dirty word among liberals today.

Instead, they name-check a thoroughly nationalistic enterprise, the New Deal, and slap the word "Green" in front of it as if it were a fresh coat of paint.