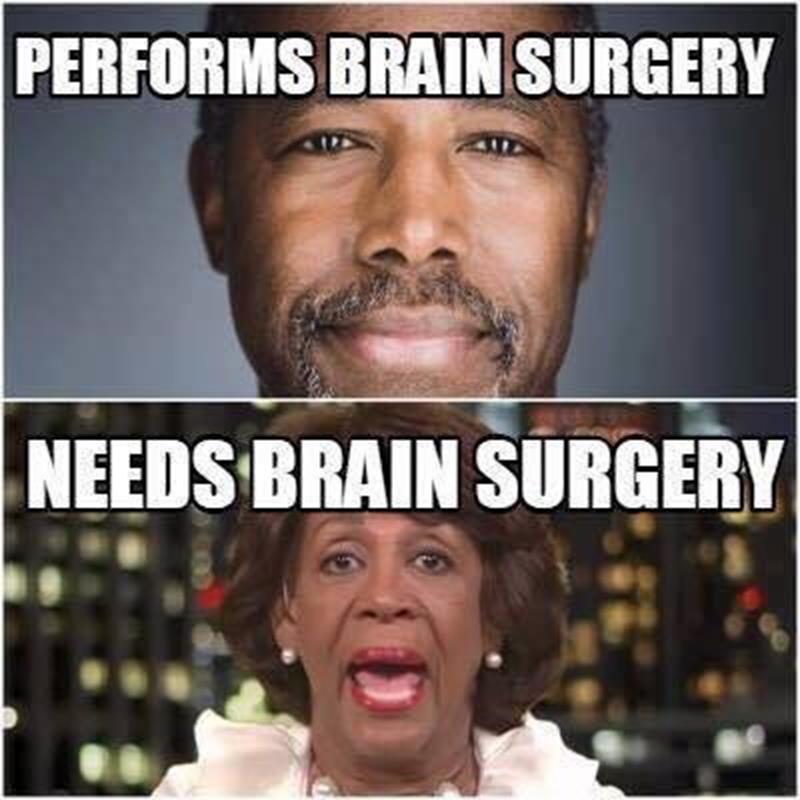 Among the reasons Democrats and their media sympathizers offer to show President Donald Trump's alleged "racism" is that he called Rep. Maxine Waters, D-Calif., a "low IQ individual."

At a July 2018 rally in Montana, Trump said: "She is a low I.Q. individual, Maxine Waters. I said it the other day. I mean, honestly, she's somewhere in the mid-60s, I believe that." And in June 2018, Trump tweeted: "Congresswoman Maxine Waters, an extraordinarily low IQ person, has become, together with Nancy Pelosi, the Face of the Democrat Party. She has just called for harm to supporters, of which there are many, of the Make America Great Again movement. Be careful what you wish for Max!"

Trump's tweet was in response to a fiery Water's speech in which she urged a campaign of harassment against members of Trump's cabinet: "Let's make sure we show up wherever we have to show up. And if you see anybody from that Cabinet in a restaurant, in a department store, at a gasoline station, you get out and you create a crowd. And you push back on them. And you tell them they're not welcome anymore, anywhere."

Now, Trump, of course, frequently calls people, politicians, policies, Democrats and many Republicans of all stripes and colors "dumb" or "stupid." A recent example occurred last month at a Minnesota campaign rally when Trump slammed (white) House Speaker Nancy Pelosi: "She's either got one of two problems: she's either really stupid or she's really lost it, or maybe there's a certain dishonesty there."

In July, Trump called the (white) British Ambassador to the United States "a very stupid guy" for criticizing Trump in diplomatic cables published in a British newspaper.

But questioning Rep. Waters' intelligence, CNN legal analyst Jeffrey Toobin proclaimed, is ... "racist." After all, Waters is black, which to Toobin, places her snugly and safely in a no-fly zone. Toobin said: "How about this Maxine Waters stuff over and over again? Low I.Q. How racist is that? I mean, come on. Let's just be honest about this. How many black people does the President have to attack in these terms? I mean, he's always like whether it's NFL football players or, you know, the UCLA basketball players? I mean, come on. Is it a coincidence that he calls a senior black legislator low I.Q.? I mean, it's revolting and we should just be clear about what's going on here."

But does the civility toward "people of color" that Toobin expects apply to Rep. Waters?

After (black) Department of Housing and Urban Development Secretary Ben Carson complained about Waters' "lack of good manners" for failing to reply to a letter he sent her, Waters blasted Carson: "I sent him a letter, and he sent me a letter claiming that I had no manners, etc. I basically said to my staff, I really don't have time to be bonded with somebody who does not know the difference between REO and OEO ... This guy just doesn't have the background, the capability, the intelligence to do the job. He doesn't know what he's doing."

Waters argues that Carson, because he supposedly "doesn't know the difference between REO and OEO," lacks "the intelligence to do the job." Why, that's almost as embarrassing as when Waters, chair of the House Financial Services Committee, grilled seven bank CEOs on student loan debt. Waters asked, "What are you guys doing to help us with this student loan debt?" Apparently the chairwoman's staff did not inform her that, years ago, the feds took over that business. The CEO of JPMorgan Chase replied, "When the government took over student lending in 2010 or so, we stopped doing all student lending."


Why, that's almost as embarrassing as the letter Waters wrote to Fidel Castro urging the dictator not send back to America a New Jersey fugitive named Joanne Chesimard, a former Black Panther member who escaped from prison after being convicted of murdering a New Jersey State Highway Patrol officer. Waters claimed the escapee was persecuted and compared her to Dr. Martin Luther King Jr.

Did Waters, a sociology major from California State University, Los Angeles accuse Carson, the former director of Pediatric Neurosurgery at Johns Hopkins Hospital and who graduated from Yale and the University of Michigan Medical School, of lacking the "intelligence" to perform his duties as HUD secretary? She sure did.

So what are the rules, Mr. Toobin?

When a black politician, like Waters, questions the intelligence of a black male Republican, well, that's just hardball.