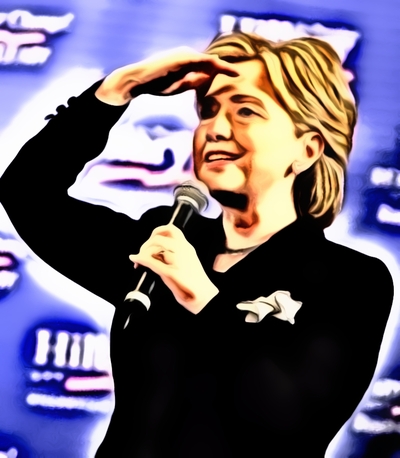 The narrative following Hillary's testimony at Congress' recent Benghazi hearing is clear: Hillary won. She (for the most part) calmly answered all the questions. She nodded approvingly when the Democrats on the committee accused Republicans of engaging in a partisan witch-hunt.

We've come a long way since bipartisan investigations like the Watergate committee that investigated a Republican president, when then-Sen. Howard Baker — the lead committee Republican — asked, "What did (Nixon) know and when did he know it?"

In Hillary Clinton's Benghazi testimony we learned that she immediately called the attack what it was ?? a planned attack on the Benghazi compound. We learned that she told her family this right away, as well as a Libyan official and the Egyptian prime minister.

She told America, however, as well as family members of the four killed, that the Benghazi attack was a spontaneous reaction to a video made by an Egyptian living in America.

We learned that although she was in constant communication with her friend and non-State Department employee, Sidney Blumenthal, none of the more than 600 requests from officials at Benghazi requesting more security ever, according to her, reached her desk.

She gave a heartfelt and indignant story about how she has lost more sleep than all the committee members "put together" over the death of her "good friend" Chris Stevens, the same "good friend" she referred to as "Chris Smith" shortly after the attack.

She was so concerned about Mr. Stevens that, unlike Mr. Blumenthal, he never had her private email address and she had no communication with him at all for the entire time he served as ambassador to Libya.

Now, it is not a crime to lie to the nation. Her husband serves as an example of that proposition. Nor is it a crime to ignore security concerns in Libya in order to preserve, 50-plus days before the 2012 presidential vote, President Obama's re-election talking points: "GM is alive," "Osama bin Laden is dead," and al-Qaida is "on the run."

Nor is it a crime to allow UN ambassador Susan Rice, five days after the attack, to go on the big five Sunday news networks — ABC, CBS, NBC, Fox News and CNN — and push the attack-at-Benghazi-was-due-to-a-video lie.

As far as the investigation is concerned, Hillary defenders could say it was over before it began. House Majority Leader Kevin McCarthy, R-Calif., handed the they're?out?to-get?her crowd a lifeline when he said that the investigation succeeded in lowering Hillary Clinton's popularity ratings — as if that were the committee's goal all along. Then New York Republican Rep. Richard Hanna, not even a member of the Benghazi committee, said, too, that this was all about nailing Hillary.

Lost in all this is the question of whether Hillary broke the law.

About the Sterling case, The New York Times wrote earlier this year: "Mr. Sterling is the latest in a string of former officials and contractors the Obama Administration has charged with discussing national security matters with reporters. Under all previous presidents combined, three people had faced such prosecutions. Under President Obama, there have been eight cases, and journalists have complained that the crackdown has discouraged officials from discussing even unclassified security matters."

But remember, we're talking about the Clintons.

During the Monica Lewinsky affair, while President Bill Clinton was being investigated for matters relating to Whitewater, White House/FBI "Filegate" and White House travel office's "Travelgate," Clinton defenders said, "Everybody lies about sex" and "nobody goes to jail for lying about sex." But during that very time, a woman named Barbara Battalino was in federal prison for doing just that. A psychiatrist at a Veterans Affairs hospital, Battalino had an affair with a patient. She lost her job and medical license. The patient later sued for medical malpractice, and told of the affair. Battalino denied it under oath. Charged with perjury in a federal court, she agreed to a plea bargain deal, accepting a $3,500 fine and six months of home detention on one count of obstruction of justice — which she served during the very time Clinton defenders insisted people who lied about sex did no such thing.

Now whether Hillary Clinton gets prosecuted for violating the Espionage Act is about as likely as a sighting of the Loch Ness monster in Times Square.

Much — if not most — of America doesn't seem to care.

After all, if ex-IRS official Lois Lerner will not be prosecuted despite taking the fifth during congressional hearings, and if Al Sharpton can visit the White House over 50 time despite owing nearly $5 million in back taxes and fines, why shouldn't Hillary get a pass?