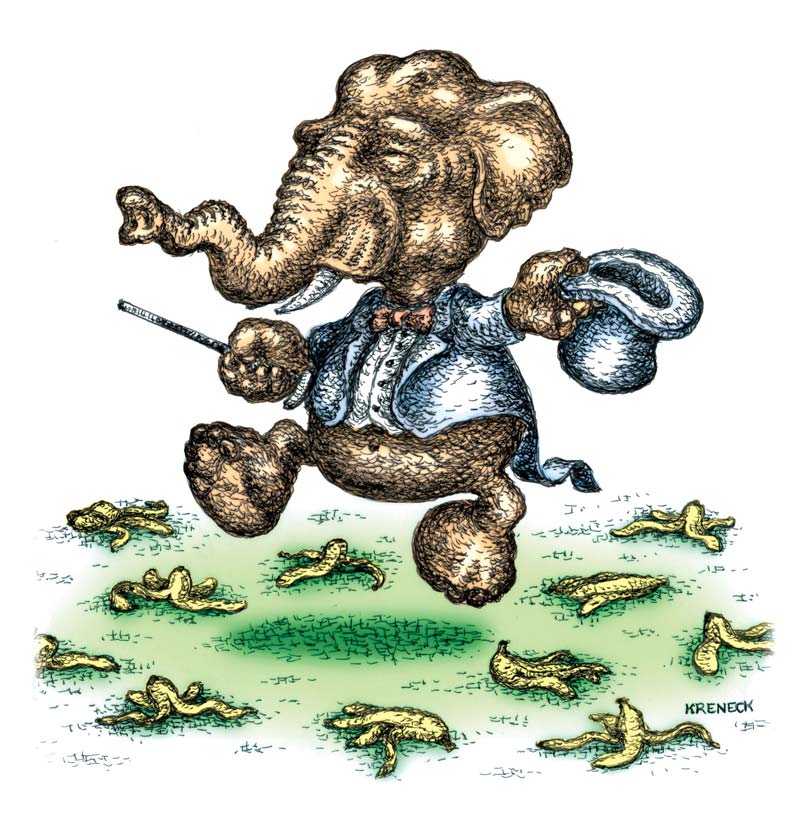 After Richard Nixon's landslide 1972 victory over Democratic opponent George McGovern, New Yorker film critic Pauline Kael gave a speech in which she said: "I live in a rather special world. I only know one person who voted for Nixon. Where they are I don't know. They're outside my ken. But sometimes when I'm in a theater I can feel them."

2020 Democrats, at least the sensible ones, find themselves in a full-blown panic over the prospect of a nominee who is outside their ken.

How scared are they?

About the prospect of Sen. Bernie Sanders leading the Democratic ticket, top Democratic strategist James Carville said: "I'm 75 years old. Why am I here doing this? Because I am scared to death, that's why. Let's get relevant here ... All the Sanders people are taking pictures wishing (British Labour Party leader) Jeremy Corbyn the best. I don't want to go down that path!"

He added: "We've got to decide what we want to be. Do we want to be an ideological cult? Or do we want to have a majoritarian instinct to be a majority party? What we need is power, you understand? That's what this is about. Without power, you have nothing. You just have talking points."

Rational Democratic strategists like Carville find themselves in a full-blown panic over polls showing that a growing number of Democrats prefer Sanders to lead the 2020 Democratic ticket. Even worse for Democrats, Sanders' supporters are either passionate true believers or do not believe that Sanders faces electoral disaster — or do not care as long as his policies are promoted.

Trump enjoys a 94% approval rating among Republicans, but Democrats split their support between the Bernie Sanders/Elizabeth Warren hard-left wing of the party and the so-called moderates. The percentage of the Iowa vote captured by Sanders and Warren came to 44%. But the percentage of the votes received by Pete Buttigieg, Amy Klobuchar and Joe Biden comes to 54%. Similarly, New Hampshire saw Buttigieg/Klobuchar/Biden getting 53%, with the Sanders/Warren vote fetching 35%. In the Nevada caucus, Sanders did even better, capturing almost 47% of the vote, but the combined percentage of the Biden/Buttigieg/Klobuchar vote came to just under 39%. Good luck converting those voters to Sanders voters after Biden/Buttigieg/Klobuchar characterized Sanders as a wacky socialist who does not know or does not care about the price tag for his many programs.

Former vice president and former front-runner Joe Biden is betting his flailing candidacy on doing well in the upcoming South Carolina primary. But Biden, whose front-runner status has been built on black support, is watching a severe erosion among those voters. FiveThirtyEight wrote: "In an average of national polls, Biden's support among black voters has dropped about 12 percentage points from before the Iowa caucuses to the post-New Hampshire period. Conversely, during the same period, Bloomberg and Sanders ... each gained 10 points among black voters. And recent polls show Biden dropping fast among all voters while Sanders and Bloomberg are gaining ground."


So, Biden is a dead man walking. He looks confused and disoriented. At a recent South Carolina breakfast speech, Biden said: "My name's Joe Biden. I'm a Democratic candidate for the United States Senate. Look me over. If you like what you see, help out. If not, vote for the other Biden. Give me a look, though, OK?" Senate? The other Biden? And The Washington Post awarded him four Pinocchios, as bad a rating as it gives, for Biden's recent claim that, when in the Senate, he got arrested for attempting to visit an imprisoned Nelson Mandela in South Africa. Biden also said that, when freed, Mandela thanked Biden for the attempted visit. There is not evidence for either claim.

His argument has always been "electability," yet he cannot win a caucus or primary in his own party. A third of Americans disapprove of gay marriage, making the prospects of a Buttigieg nomination unlikely, quite apart from his thin resume as a mayor of a small town. Mike Bloomberg cannot win the nomination of a party where so many despise billionaires and would not, under any circumstances, vote for a multibillionaire late entrant who "bought his way in."

This leaves Amy Klobuchar as last Democratic moderate standing. But the passion is with the surging Bernie Sanders. All signs, at this juncture, suggest that Republicans in November will party like it's 1972.