Where's Hollywood's Apology for Donating to the Clintons While Ignoring Sex Abuse Allegations Against Them? 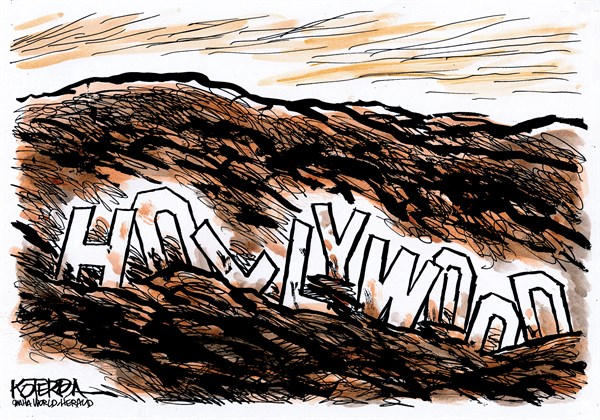 In President Donald Trump era, Hollywood has become more political and less entertaining, while Washington, D.C., has become more entertaining and less political. The theme of this year's Golden Globes awards show was "Time's Up," the movement to salute the women who have come forward to tell their stories of sexual abuse, assault or harassment in the workplace.

Actress Reese Witherspoon said, "I want to thank everyone who broke their silence this year and spoke up about abuse and harassment. You are so brave. ... So people out there who are feeling silenced by harassment, discrimination, abuse: Time is up. We see you, we hear you, and we will tell your stories."

But for years women have publicly told their stories of sexual abuse and rape by Bill Clinton. One alleged rape survivor, Juanita Broaddrick, claims that Hillary Clinton attempted to verbally threaten her into silence about two weeks after Broaddrick's alleged rape by Bill Clinton. The Hollywood community raised millions of dollars for the Clintons, despite Broaddrick's accusation and the accusations of sexual harassment and battery by Paula Jones and Kathleen Willey. It's hard to get much more public than telling your story on "60 Minutes" and "Dateline NBC," as did Willey and Broaddrick, respectively.

Yet this did not disturb the Hollywood community.

Nor is the "Time's Up" Hollywood community bothered by how it treats conservative females. HBO's Bill Maher, who contributed $1 million to a Democratic super political action committee, called former Republican vice presidential candidate Sarah Palin both the C-word and a "dumb t—-" (a derisive slang word for female genitalia). He also referred to Palin and former Minnesota congresswoman Michele Bachmann, who ran as a Republican presidential candidate in 2012, as "two bimbos." If any guests, female or male, canceled appearances or refused to appear on Maher's show until he apologized for his vulgar insults of conservative woman, it did not make news.

In three hours of the Golden Globes' celebration of the empowerment of women, neither host Seth Meyers nor Oprah Winfrey, who was given a special award for "outstanding contributions to the world of entertainment," nor any presenter or winner found time to say something, anything, about the abuse and oppression of women in the Muslim and Arab world.

Actress Debra Messing, on the red carpet before the show started, made it clear that "Time's Up" meant "equal pay." She said: "Time is up. We want diversity. We want intersectional gender parity, we want equal pay." Messing told the E! host who was interviewing her: "I was so shocked to hear that E! doesn't believe in paying their female co-hosts the same as their male co-hosts. ... We want people to start having this conversation that women are just as valuable as men. Fifteen million dollars has been raised for funds for advocacy and legal representation for women. ... This is not about Hollywood. This is about every woman in every industry globally. As someone in this industry, we need equal representation. We want 50/50 by 2020. And within that 50 percent, 30 percent women of color."

Actress Natalie Portman, in announcing the nominees for best director, cheapened the award and simultaneously took a swipe at men, saying, "And here are the all-male nominees." How do you think that made the winner, Guillermo del Toro, feel? After all, he only won the award, implied Portman, against a sexist fraternity that shuts out more-deserving women.

How a little perspective on this "female empowerment" business? There are more women in college then men. In recent years, an average of 50 percent of the entering medical school and law school classes are female. And young women out-earn young men. When you examine the apples to apples data, comparing women with the same level and type of education and work experience to their male counterparts, there's virtually no difference in the incomes of these similarly situated men and women.

One more thing about the Golden Globes show and the attendees' hostility toward President Trump. Hollywood is an industry heavily represented by Jews. It is an industry that gave us masterpieces like "Schindler's List." Yet not one person on Sunday night, Jew or gentile, gave Trump an "Atta boy" for moving our embassy from Tel Aviv to Jerusalem, something even Barack Obama promised but failed to do.

Will one, just one, A-list actor or actress say something positive about President Donald Trump? What does it say about Hollywood's alleged open-mindedness and tolerance that such a thing would be a career-ending act of courage? On the other hand, Sharon Stone looked great. And — to avoid accusations of sexism — so did Tom Hanks.