Time to give up on the whole gift-giving thing entirely! 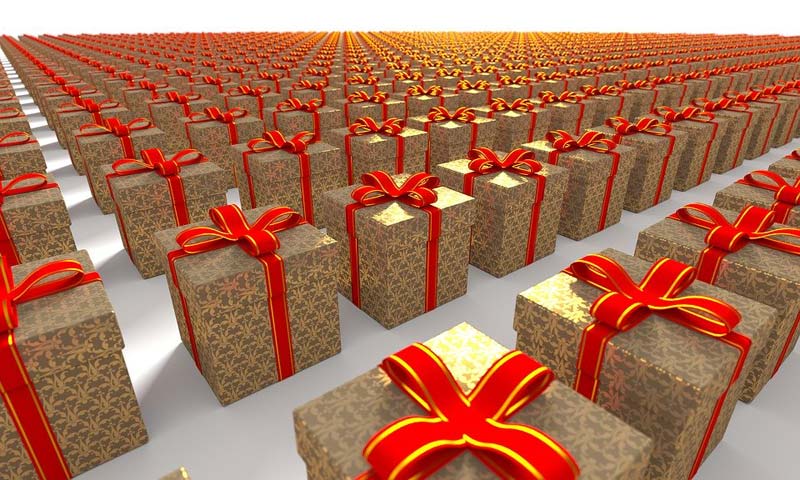 It's the season of gift giving, that's what they say. Well I say Bah! Humbug!

I'm ready to give up on the whole gift-giving thing entirely. Whether it's Christmas or Hanukkah or birthdays or Bar Mitzvahs or house warming or whatever the occasion is, I'm fed up! Not because I'm a miser or a cheapskate or anything like that, mind you. Actually I'm pretty much the opposite of that. I really enjoy giving presents to others, or I used to but not anymore.

Have I changed? Have I become a different person? Hardly. The problem isn't with me; it's with other people. People today aren't the same as they once were. Today's people don't want stuff.

Last year a relative and his wife made the announcement that they no longer want to receive gifts. They don't want "things" anymore; they would rather have "memories." It sounds lofty and good and all that, but what does it really mean?

We all want memories, happy memories of course. But why can't a person have their happy memories AND receive gifts? Why does it have to be one or the other? It's like saying, "I don't want to watch a movie, I would rather have love." Actually it is possible to have both of these things (unless the cost of the movie would prevent you from buying love, but that's a whole other story).

Another big change is that many people, especially the younger generations, have decided that they don't want to keep physical objects around them. Once upon a time people had books. They had records or CD's. They had collections of things. They had hobbies. They had STUFF! Today's young adults have no stuff.

Today's young adults don't want books, or recordings, or anything else that might clutter up their lives. They don't even want a car. Many of them don't want to own a home. Oh, there is one thing that they do want, however. Electronic devices. Yes, the latest IPhone or PlayStation, those they want.


The old standby gifts for men were ties. Men don't wear ties anymore. And you could always get a lady some nice scented bath powder or pretty handkerchiefs. No young woman wants those things now. How about a nice wristwatch? Forget it, they get their time (if they care about it at all) on their phones. A very nice president for a young man used to be a fountain pen. A young lady might appreciate some pretty stationary. The very thought is laughable today.

People don't wear real pajamas, nightgowns or a robe, so that's out. How about a really nice briefcase? No thanks; I'll just throw my things into this old backpack. A nice sweater? Don't think so. Candy? Too many carbs. And getting something related to a hobby? Well, what do you get someone whose time is spent on social media or trolling web sites?

So, since nobody wants to actually "have stuff" anymore it completely spoils the fun of gift giving. If pressed, they might ask you to simply give them money or a gift card to Amazon or something, which aren't exactly warm and personal presents.

Since everyone wants nothing but memories I thought I'd give them exactly what they want this year. I'm going to find a photo of a present I gave them years ago and put it into a wrapped box with a note attached that says, "Here's what I gave you back in 2006, remember? Keep this with the rest of your memories!"