Fake News? It's Much More Than That 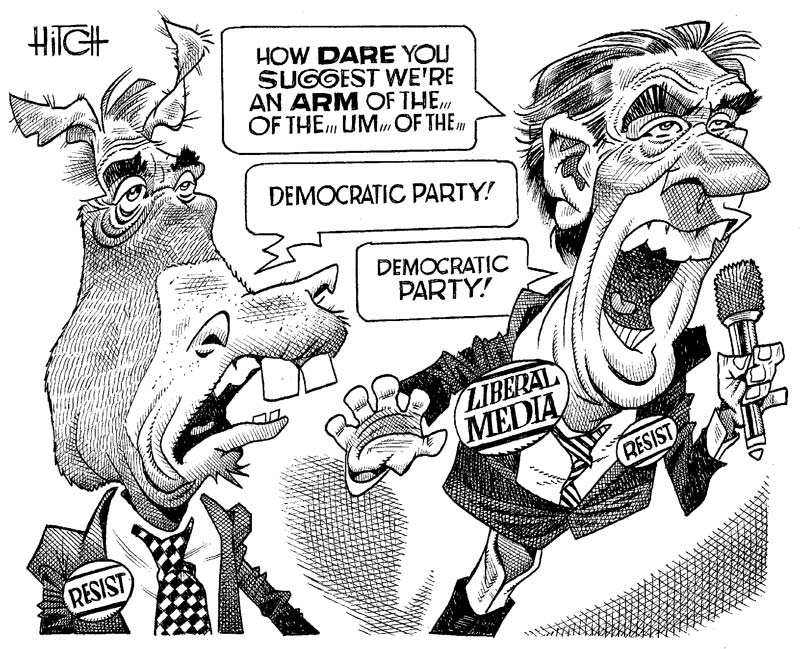 Watching the Impeachment hearings last week there was no doubt that the Democrat's have nothing to impeach President Trump on. Nothing.

The witnesses they brought forward had to admit that they have no evidence of wrongdoing or law breaking by the president.

When asked specifically under cross examination, each and every witness said that they never heard directly, either from the president or from Ukrainian officials that anything wrong was taking place.

They have their "opinions," their "assumptions," and their "feelings," but that's all they've got. No proof, no evidence of a crime.

But then we listen to the news reporting on the networks and cable stations and we find that we've entered the Twilight Zone.

"BOMBSHELL! BOMBSHELL!" they scream out at us. Oh yes, the president has been proven guilty of committing bribery, high crimes and everything else under the sun, they report.

Were they watching the same testimonies that I watched? It's no secret that the vast majority (maybe as high as 95%) of the American press is liberal minded and will support almost anything the Democratic talking points put forth.

Journalists have been tilting in that direction for a long, long time but up until now have been subtle about it. What is different in recent years (even before Donald Trump got into it) is that the press has now dropped all pretense of even attempting to be fair and unbiased. They have dropped their mask. They have unveiled themselves at last as the spokesmen and public relations arm for the political left.

Journalistic integrity and objective reporting has degenerated into a press that is totally aligned with leftist ideology. It can no longer be trusted to deliver basic facts without bias.

For many people who actually care and who are willing to dig a little bit, the truth and the uncolored facts of a news story can still be found. But for those who still rely on the mainstream media for their news, they will only get the liberal slant.

There is an excellent book, "Unfreedom of the Press," written by Mark Levin which lays out our current sad journalistic situation along with an overview of the American press throughout our country's history. It's a great read.

They work hard at their jobs, supporting their families, involved in social activities and a myriad of things other than paying attention to, let alone, analyzing news stories.

Many Americans form opinions from the little they hear in popular culture, from friends and family, on social media and mainstream TV news. Most never realize that the stuff they hear on the nightly broadcast is one-sided and mostly untrue.

President Trump has labeled this reportage as "fake news," but it is worse than fake, it is a threat to our country. The elite press is engaging in a most dangerous game of political partisanship.

Right now the whole concept of "a free press" is in jeopardy and if we get to the point (we're close to it) where the majority of the America people are convinced their press is totally corrupt, that they can't believe anything they report, then we're done for.

Without an honest and fair exchange of ideas and principles our nation simply cannot survive.

Our country is divided today more than it ever has been since the Civil War (possibly more so than even that). Where we once had a common American culture, we are now pigeonholed into groups.

No longer the great melting pot, we have become a country populated by multicultural tribes.

The press has taken sides with the progressives and is in fact complicit in spreading their propaganda.

America needs to come together as one nation again. The news media might actually be able to help in that regard if people could trust in it.

A country of over 300 million people needs and deserves a truly free and unbiased press, a press they can rely on to deliver honest and fair reportage.

Right now we don't have it.