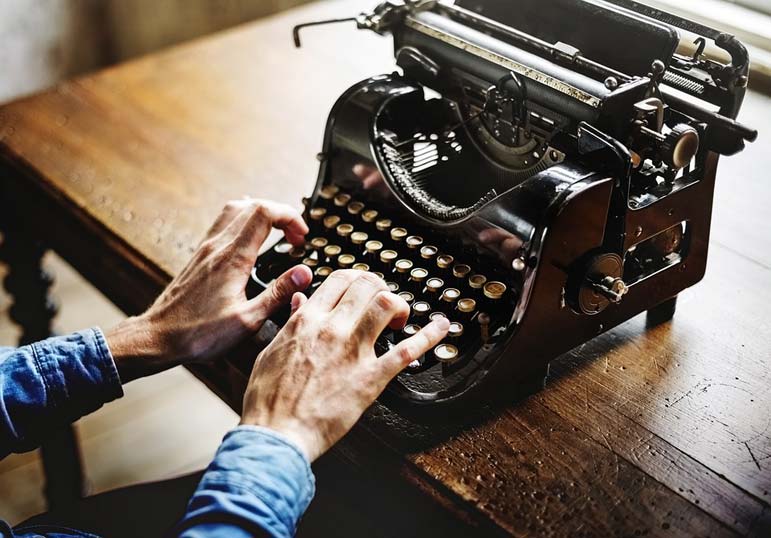 The really great ones, the big shots, have mostly gone the way of the great newspapers; died and resting in some ink-stained heaven above the clouds, or maybe holding court in a small dark bar just down the way from the pearly gates.

One such columnist I remember was James Bacon; a longtime syndicated Hollywood columnist and reporter whose career covering the film capital began in the late 1940s with the Associated Press. I used to read Bacon in the old Los Angeles Herald-Examiner, the Hearst owned LA daily. He wrote for that paper from 1968 to 1986.

Earl Wilson was another favorite, who wrote from New York but was syndicated throughout the country. Wilson had a down to earth style and was widely known as a fair and honest reporter who double-checked any news items before running them in his column. Whenever he referred to his wife Rosemary in his column he would call her my B.W. (beautiful wife). Wilson covered the Manhattan nightlife scene for almost 50 years.

The very first columnist I ever read was another Herald Express (and later Herald Examiner) writer by the name of Bill Kennedy who billed himself "Mr. L.A." in his column. My father, who was an avid reader of Kennedy's, first introduced me to his column as a kid. He wrote some very cleaver, funny and spirited columns, in particular I recall his bebop take on "The Night Before Christmas" and Goldilocks and the three bears. Sadly, time has almost completely erased old Mr. L.A. from the newspaper pages of yesterday. You can't even locate any information on him on the Internet.

There is plenty to be found on James Bacon, however, thanks to two gossip books he published in the 1970's. It was no secret that drinking played a big part in Bacon's Hollywood years, as he vividly retold in his books, "Hollywood Is a Four Letter Town" and "Made in Hollywood." Bacon frequently hung out at the bar of places like "The Cock and Bull" on the Sunset Strip, a favorite watering hole of stars such as Errol Flynn and Robert Mitchum to get his juicy tidbits of gossip. I even saw him there once myself when I went in for a bit of refreshment.

Bacon often drank vodka with Joan Crawford at her home in Brentwood. "Joan," he wrote in "Made in Hollywood," "is the only person, male or female, I know who can sip straight vodka and tell you what proof it is." Of course back in those days gaining access to the hottest stars in Hollywood was relatively simple.

"It was so much easier back in the `50s, the end of the golden era," Bacon told The Los Angeles Times in 1991. "Stars loved the press and the press loved stars. You'd go out to the studio and sit down with [ Clark] Gable and [ Spencer] Tracy and people like that, you'd have a column in a minute. You didn't have to deal that much with press agents." And it was a lot more fun in those days, he said, "because every studio was a big family." James Bacon died in 2010 at the age of 96.

Some other great columnists included Walter Winchell, Lucius Beebe, Damon Runyon, Drew Pearson, Ed Sullivan, Heywood Broun, Ring Lardner, William Safire, Red Smith, Jack Anderson, Jimmy Breslin, Jim Murray and Jack Smith. There are so many others, as well as the great editorial and sports cartoonists I could name beginning with Thomas Nast and including the likes of Willard Mullin, Herblock, and Karl Hubenthal.

These people made our newspapers interesting, fun to read, and exciting. The features were the hook that kept people coming back to buy papers day after day, week after week. After all, without the wonderful columnists and the comic strips and the editorial cartoons, the only thing the papers had to offer us was dry news and dopey ads.

We can still get the dry news and dopey ads over the Internet and on T.V. but I miss the wit, the words, and the intimacy of those great hard-boiled newspaper columnists of yesteryear.