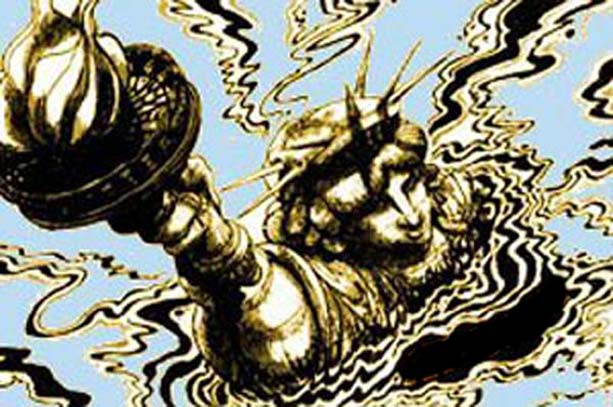 As a 70 year-old conservative with traditional values, coming to grips with the state of our country is a sobering and frightening exercise.

Mostly it can be extremely depressing, especially when you consider all that has changed in American society over the past 60 years. Shall we go down the list?

• An ever increasing coarsening of American culture in the arts, in language, in dress, and in actions.

• The lack of social graces, of playing by the rules, using good manners, displaying common civility and overall acting in a decent and courteous fashion

• Acceptance of abnormally as normal

• More importance given to celebrity and fame over personal goodness

• Pervasive teachings of revisionist history, multiculturalism, feminism, and transgender awareness at the expense of patriotism and civics lessons within our public schools

• The embracing of socialism and Marxism among young adults

• Growth of an evermore liberal bias of the press

• 2nd amendment under attack I could go on but you get the idea.

In all of American history has there ever been more extreme changes in daily society than the ones over the past six decades? I doubt it.

When true science is discarded in favor of liberal nonsense such as there are more than just two sexes of human beings you know things have changed pretty drastically.

It wasn't so long ago that most people would laugh at the notion of legal marriage between two men or two women. Now it is accepted as absolutely normal.

Today's children grow up believing that unless severe liberal "green new deal" programs are instituted immediately, the world will come to an end in ten years or so.

Too many now believe that Western civilization, the American experiment, and especially capitalism are bad things; things created by evil white men to keep down "people of color."

Time to shift the balance, time to redistribute the wealth, time to give big government more power over all of our lives.

Yes, realizing that this is the direction our world is heading (and actually has been headed for some time now) can be quite depressing for many of us who grew up in the other world; the world of logic, freedom, self-reliance, fairness, truth, family strength, and a belief in our founding fathers and a strong faith in G od.

The scariest thing of all is in the knowledge that there are millions and millions of people living amongst us who are NOT depressed by the social changes in our culture, but actually are joyous over them.

These are the people that label any speech they don't agree with as "hate speech."

Although at times it might feel that nothing can be done to stop the liberal march of our culture, how can we at this point right the ship, as they say? The answer to that is "it ain't easy." But it is not impossible either.

I'm reminded of an old quote that has since been used by many in various forms. The quote is nevertheless as valid as ever.

--- R. Buckminster Fuller A powerful example of those words is President Donald Trump.

In three short years he was able to shift the direction of our country away from the leftist course put into motion by President Obama, reversing many of his executive orders and altering many of his policies.

We are not out of the woods yet, we have a long way to go and popular culture is still pushing the liberal agenda, but President Trump has slowed things down a lot in a short period of time. Our ship isn't sinking anymore.

If he serves a second term, things will get even better. One man has made an enormous difference in the direction of our country. For the better.

If one man, Donald Trump, can make such a difference by himself, think what millions of us can do together if we try.