The Sky is Falling! 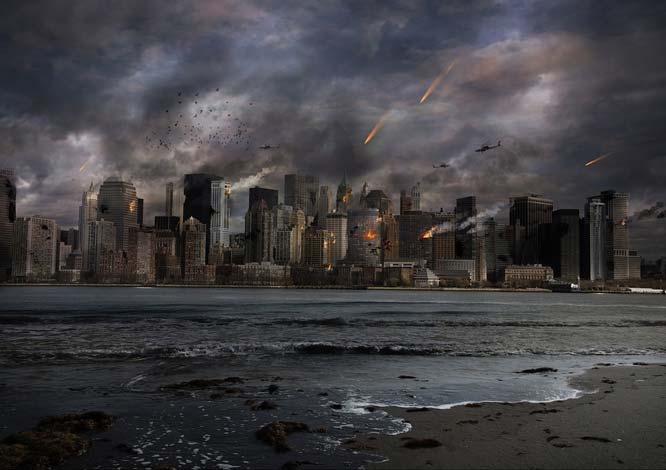 On November 8th Hillary Clinton lost the election and Donald Trump won. By now one would assume that enough time has elapsed for the Leftists to calm down, be able to engage in normal thought, and actually go on with their daily lives. Well, there's about as much chance of that as there is that elite Ivy League universities will allow conservative speakers on their campuses. Remember academia's motto: "We celebrate diversity of thought... as long as you think the same way we do."

The rioting in the streets of Portland, Oregon (ironically one of the most liberal cities in the country) following the election had rioters stoning police and vandalizing businesses and cars. Anti-Trump protesters held up traffic on Los Angeles' 405 Freeway, Idiots burned effigies of Trump, and students in the LA Unified School District walked out of class in protest, encouraged by their teachers. What are they all protesting? The fact that their candidate didn't win in a legitimate election.

Much of the troublemaking has been instigated by Leftist groups using social media as an easy way to reach impressionable young minds. These same professional anarchists were behind the "Occupy Wall Street" movement a few years ago and are behind the "Black Lives Matter" movement more recently. It is far easier today to assemble large mobs together at one place than it used to be. All you need to do is to start chatter on Facebook, Twitter, InstaGram, and any other social media sites that lots of young people access.

• The University of Michigan offered its traumatized students coloring books and Play-Doh to calm them. (Are its students in college or kindergarten?)

• The University of Kansas reminded its stressed-out kids that therapy dogs, a regular campus feature, were available.

• At campuses from elite Yale to Connecticut to Iowa and beyond, professors canceled classes and/or exams - either because students asked or because instructors were too distraught to teach. More than 100 colleges from coast to coast held "walk-out" protests because Donald Trump has been elected. (Of course you understand that engaging in "walk-out" protests is much more fun than actually sitting in a classroom.)

When college students need "safe zones" where they can sit and cry because their particular candidate didn't win, when professors are too upset to teach because of a presidential election result that they don't happen to like, then we have serious problems in our country. Much more serious than who won or lost an election. The problem is deep rooted.

Our problem lies with an ultra-liberal culture that has produced intolerant brainwashed people who are too weak and self-absorbed to deal with defeat or loss of any kind. Our universities are populated with ignorant babies, and I mean the professors as well as the students. Many professors have spent their entire lives in academia dealing with theory and don't have a clue how the real world works. Some (many?) are true Leftists who have contempt for what they deridingly call "fly-over America."

Oh, and let's not forget the mainstream media outlets which have been disgusting in their coverage and nasty in their comments following the election of Trump. The term sore losers doesn't even come close to describing them.

I had every intention of writing a somewhat humorous piece on all the whining, crying, and bellyaching going on because it really seems so preposterous and unreal to me. In my life I have never seen so many so-called adults acting like spoiled brats. But when I sat down to write this thing I just couldn't do the funny take on it. These hissy fit people are the future of America, and in no way, shape, or form is that a funny thing to ponder.