It's Worse Than a Jungle Out There 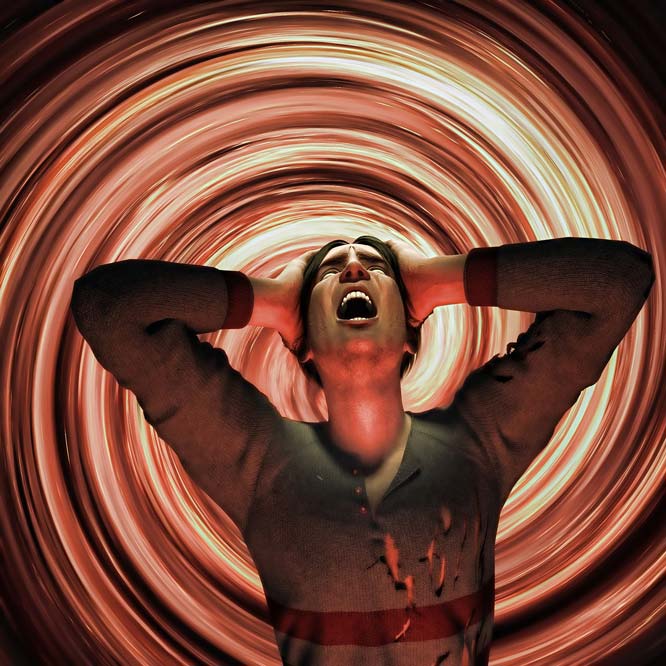 Sometimes I worry that I'm writing about the same old stuff too much.

A columnist doesn't want his readers to get bored or think they're reading something that they've already read. That's why for the most part I try to have a mix of topics from week to week to keep things interesting and varied.

Just a couple of weeks ago I wrote about the homeless problem, an issue that I've written about from time to time through the years, but this week I'm doing it again. Sadly things aren't getting any better and the danger to normal, average citizens is worsening day by day. I've decided to focus in on a couple of news stories that came out just in the last few days.

(REPULSIVE ALERT! If you have a weak stomach or are eating your lunch you might want to stop reading now! Continue reading at your own risk! You have been warned!)

Number one (pun intended) is from The Daily Caller with the headline, "San Francisco's pee problem could soon get worse." The article refers to newly elected city district attorney, Chesa Boudin, who made the campaign promise not to prosecute public urination and other quality-of-life crimes once he got into office. How's this for a campaign slogan? "Want more pee? Vote for me!" Or how about, "Urine Good Hands with Boudin."

"We will not prosecute cases involving quality-of-life crimes. Crimes such as public camping, offering or soliciting sex, public urination, blocking a sidewalk, etc., should not and will not be prosecuted," Boudin pledged. What a swell guy. The hell with quality of life for normal citizens, we'll just keep the sidewalks blocked and allow public urination anywhere anytime.

By the way, Boudin's parents were members of the domestic terrorist group, the Weather Underground. Boudin "was raised in Chicago by Weather Underground leaders Bill Ayers and Bernardine Dohrn" after his parents were sent to prison on murder charges while he was a toddler, NBC News noted. It's no wonder he was elected district attorney in San Francisco. He certainly has the street creds. Naturally Bernie Sanders couldn't wait to send his congratulations and good wishes to Boudin.

And speaking of the streets of San Francisco, let's not forget about good old number two.

For years liberal Democrats have been turning our big cities into crap, but now they're doing it for real.

Now for the really repugnant news item. (Hold your nose for this one.) As reported in the Nov. 12th New York Post, a homeless man dumped a bucket of "hot" diarrhea on a Los Angeles woman near the Hollywood Walk of Fame. (I told you this was repulsive!) Unsurprisingly, the unprovoked attack left her with PTSD. (That would be the LEAST of it for me!)

The victim, Heidi Van Tassel said she was about to drive home from a restaurant near the Walk of Fame last April when the street person, Jere Blessings, dragged her out of her vehicle, it was reported by NBC4 news. The guy then pulled her into the middle of the street, where he dumped a bucket of feces over her head, she said.

(She certainly had a unique story to tell if anyone asked her, "So, how was your dinner last night?")

"It was diarrhea. Hot liquid," Heidi Van Tassel told NBC4. "I was soaked, and it was coming off my eyelashes and into my eyes." Referring to the amount of feces used in the attack, paramedics who treated her said that it "looked like the man was saving it up for a month," according to Van Tassel.

She was rushed to Hollywood Presbyterian Hospital, where she was tested for infectious diseases. The homeless guy was described as transient and suffers from mental illness --- (yeah, no kidding). He was taken into custody and a judge sent him to a residential facility for people with mental health issues, but as of August he's been released and he's back on the streets. Three cheers for the ACLU!

Who ever thought we'd see the day when the major cosmopolitan cities in the United States of America would become as bad or worse than third world nations? Between so-called sanctuary cities, lenient attitudes toward criminals and early prison releases, and insane street people who are allowed to shoot up and act up while police and city officials look the other way, places like San Francisco are more and more resembling the cities of the European Middle Ages.

Major plagues are not far off I fear, and maybe that's what it will take to finally get the politicians in this country to address this horrible problem once and for all.