Haven't Heard Any Singing From the Fat Lady Yet 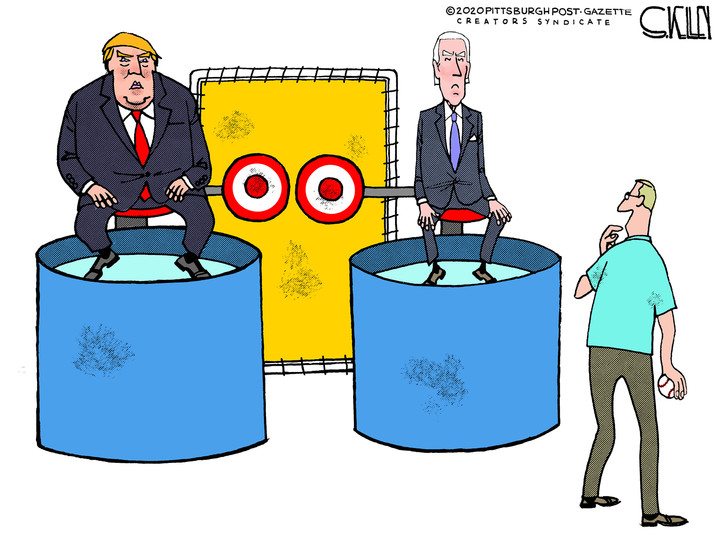 Anyone who has followed the way the Democrats have fixed the "new rules" for voting in this election knows that the vote count is fraudulent. Phony votes by the thousands for Biden have been "discovered" after the fact in places that historically have been strongly red. Votes for Biden are being counted long after the polls have closed and many are without any signature verification.

Votes have been tabulated in places that did not allow Republican oversight. This isn't my opinion, this is what happened.

Jay Valentine in American Thinker has enumerated some interesting facts for anyone who really cares about honesty in our election process. A few examples:

Justice Alito wants the after election night votes that came in to Pennsylvania after 8:PM separated out from the total. Four justices already said the Pennsylvania Supreme Court can not adjust voting rules on the fly. So if newly confirmed Justice Barrett joins the others in that opinion (likely she would) then Pennsylvania goes to Trump. That's 20 electoral votes less for Biden and 20 more in the Trump column.

In Nevada here has been proof that thousands of illegal votes were counted from Californians who happen to own condos in Nevada and therefore voted twice. Within 72 hours of the election, the Trump team found, validated over 3,500 of them and they are undoubtedly still counting. These votes will be thrown out and if there are more (which is a strong probability) that could mean the state would go to Trump.

And the so-called Biden lead in Arizona has dropped and continues to shrink. Biden's lead in Arizona, which Fox News prematurely called for the former vice president on the night of the election, dipped toĂŠ16,952 as of Sunday afternoon, cutting the 29,861 vote lead Biden held on Friday by over 12,000. There are around 77,000 ballots — 29,000 regular ballots and 48,000 provisional — remaining, which means when all is said and done, Arizona could very well change in President Trump's favor.

In Wisconsin it has now been reported that election clerks were told, and followed the direction, to modify mail-in ballots and fill in the blanks where witnesses left out critical info. People are saying that there are a lot more Wisconsin votes than there are registered voters. There were "thousands" of such prima facie wrongful votes.ĂŠĂŠRight now there is a 20,000 vote separation but if the Trump team can get every one of these fake ballots tossed out, the state goes to Trump.

Trump campaign advisor, Jason Miller, said on Fox business Network Monday that the word concede "is not even in our vocabulary right now. We're going to pursue all of these legal means, all of the recount methods. We're going to continue exposing and investigating all these instances of fraud or abuse, and make sure that the American public can have full confidence in these elections. It's not just our campaign saying we need to go through these, in certain states like Arizona, Georgia, and others, these are mandatory recounts that are coming up. We have to go through the process and a lot of Americans — 71 million Americans — voted for this president, so they want to make sure that justice is served."


But the corrupt media wants everyone to believe that it's all over. President-elect Joe Biden they say again and again and again. They love to say it. I don't remember all the "president-elects" being said in the days after Donald Trump won in 2016. And he definitely did win! The fact is that this is not a done deal. Not by a long shot. First of all, media news sources don't have the privilege of determining who wins. They can do their projections, but they have no authority to anoint a winner. Only the Electoral College can do that. And that doesn't meet until mid-December.

In the words of John Nolte, writing in Breitbart, "Joe Biden is not "president-elect." Joe Biden has not won the 2020 presidential election. Donald Trump's re-election has not been defeated. Right now, Joe Biden is merely "ahead in the count" of enough states to win the presidency. But this is a contested election and we have a long way to go, probably more than a month and a plethora of legal filings, before a winner is declared."

As we've seen with each passing day, at times each passing hour, things can change. By the time this column appears a lot can change. But right now as I write this, this thing is far from over, no matter what the news people tell you.