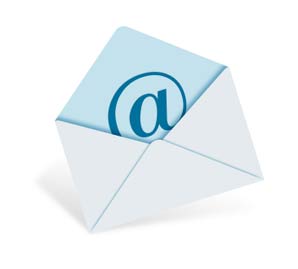 Now and then readers and friends will send me information that they simply want to share. Some of it trivial, some of it important, but most of the time interesting and informative. This week I've chosen a few of those "readers' tips" as I call them, to share with all of you.

My neighbor and patriotic friend Brian sent me the following which appeared on the web site, The Blaze: On October 26, Wal-Mart launched an initiative for people across the country to show support for military members, asking that people consider swapping out a regular light bulb with a green tinted one on their porch.

Kathy Roth-Douquet, CEO of Blue Star Families, a partner organization in the Green Light a Vet campaign, said, "We think this initiative is very important. Military families love the work they do for the country, but they can feel isolated from their neighbors. You can not know your neighbors and it's easy to not know whether your neighbors know the hard work that you're doing," Roth-Douquet said.

"I think this green light initiative is a really beautiful way to do that. You see green lights dotting the porches and that's a wonderful visualization that people know you're there and they do care." At the time of this article's posting over 1.5 million people have pledged their support and some have been showing their green lights in pictures on social media with #greenlightavet.

Another friend of mine forwarded the following to me. It concerns the 10 poorest cities in America rated by the percentage of people below the poverty level: ?

And what do the top ten cities with the highest poverty rate all have in common?

And then, once in a while, I receive a letter that is so moving and heartwarming that it cries to be shared to all who read this space. I end with it. It is from a retired Army MAJ from Arlington, Texas in response to a column I wrote on the death penalty. It's letters like this that keep me writing.

I haven't written to compliment you in far too long.

One excuse is that I had a condition that required brain surgery (normal pressure hydrocephalus) and was causing me to fall down almost everyday.

Even when I was relearning to walk, if I got to a PC, JWR was almost an automatic stop.

You, Dennis Prager, Ann Coulter, Mona Charen and a number of other writers kept my spirits up while I went from bed to wheelchair to walker to cane.

I'm now able to get around with only occasional use of the cane, and I can catch my balance if I start to fall -- something I was helpless to do for over a year before the surgery.

The list of final exits was both interesting and informative and will, no doubt, horrify our Liberal and Leftist friends.

The column put me in mind of a cartoon I saw several years ago that should be republished for everyone now -- Two shipwrecked men ride a raft to a lonely beach, crawl across the sand and, as they crest the first hill, they see a gallows.

One man looks at the other, overjoyed, and says, "Thank G-d! — Civilization."

I certainly agree we shouldn't be cruel to criminals, but we ought to reserve at least as much concern and compassion for the victims as we do for the perpetrators

It probably helps to remind one's self about the original reason for the death penalty. — In Genesis, the Lord tells us, "Whoever sheds man's blood, by man his blood shall be shed, for in the image of G-d He made man."

The Bible does not say, "Thou shalt not kill," as death penalty opponents constantly claim.

If we passed a law allowing all the types of execution you described in your op-ed, perhaps the ignorant and apathetic where justice is concerned would concentrate more on what they consider the least objectionable form of capitol punishment rather than go on making absurd claims about a holy book which is meaningless to many, if not most, of them.

Thank you again for your marvelous op-eds, all of which have taught me something and not a few of which have made me laugh as well.