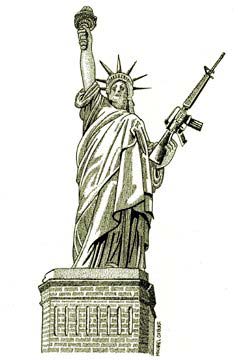 Well, we're in the final turn and headed for the stretch, nearing the finish line to one of the weirdest presidential elections in the history of our country.

The entire year of 2020 has been a total waste. A year that has seen a health pandemic literally cripple the entire world and scare most people to death. A year of lockdowns, kids not going to school or socializing with other kids, businesses going under for good, violence in the streets of our cities and some small towns, and hatred like I've never thought possible across our nation.

As far as the election goes, at this point all that can be said has been said, there's nothing left to do.

There's no question that President Trump is no different than citizen Trump was.

Donald Trump never changed once he became president, if you didn't like him before the 2016 election, you probably don't like him now. Never mind his domestic accomplishments or his international achievements, particularly in the Middle East, ' all about personality.

When we decide whether to reelect a president (or congressman, or senator) we should be examining their record, what did that person do to strengthen America and all Americans? How did that person preserve our individual rights and honor the US Constitution? Did he make things better? Did he attempt to honor his promises? Did he keep us safe; keep us out of foreign wars and entanglements?


Most voters don't examine the details of an elected official, for too many people it becomes strictly a popularity contest. In the case of President Trump we've heard it for four years: "I don't like how he talks!" "I don't like what he looks like!" "He's a bully!" "He calls people names!" "He isn't presidential!" "He makes everything all about him!"

President Trump has always been himself, love him or hate him, but for those who actually took the time and made the effort to honestly evaluate what he has done since taking office, his work has been extraordinary.

Unlike many other recent presidents, everything he did or attempted to do was always done with the intention of keeping our nation strong, our people employed, and our manufacturing open. His judicial appointments have been exemplary. His trade deals and foreign policy decisions were smart and good for America and the world as a whole.

But too many people have never heard about Trump's accomplishments. It didn't help the president to have just about all of popular media and journalism working against him, not reporting any of the good he did, and making up things he never said or meant to say. The media not only misreport the facts, they out and out lie, doing whatever they can to help his political enemies in an attempt to completely destroy the man.

As I write this, one week from Election Day, the political mavens are predicting a loss for President Trump. The polls are leaning in favor of Biden, they say. But the polls were dead wrong in 2016 when everyone thought that Hillary was a shoe-in. Are they wrong this time? I hope so, but I have to tell you I'm nervous about it.

I am thoroughly convinced that President Trump is the only thing that stands between the America of individualism, fairness, freedom, and our G od-given rights as laid down by our founding fathers, and a Marxist, totalitarian big brother government controlled by leftist elites for their own benefit. If the latter wins, our country as we have always known it will be gone.

The fact is, one way or the other, it is out of my hands. I never liked airplane travel or being put under anesthesia to have an operation because I couldn't stand that my fate depended on someone other than myself. But sometimes you have no other choice, you've got to let go and trust.

Trust that somehow, someway it will turn out all right. I have to look at this election with that same mindset.

I hope and pray that enough people get out and vote for America. Because that's what this election is really all about.