At The End of the Day Stop Using Trite Expressions 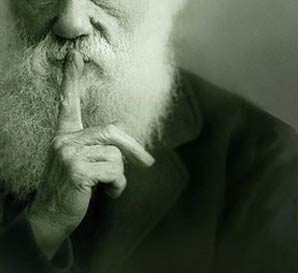 Communicating in an intelligent language is a luxury we humans have that other living creatures don't. Unfortunately, we humans don't always use our language intelligently. Using profanity, speaking in nonsensical slang, and engaging in trite catchphrases are some of the ways we misuse our gift of speech.

Of course some animals can communicate in other ways that show similarities to human language. Animals communicate by using a variety of signs such as sounds or movements.

Such signing could be regarded complex enough to be called a form of language if the amount of signs is large enough. But even though the term "animal language" is widely used, researchers agree that animal languages are not as complex or expressive as human language. That's why we need to better appreciate our language and expunge trite irritating expressions.

Whether it's politicians, broadcasters, or just plain everyday people, everyone it seems is using the expression "at the end of the day," meaning "in the final analysis," or "to sum up."

It's as if a memo was sent out to the entire world that stated, "From now on the trite expression of the moment will be . . . at the end of the day.' Failure to use this phrase will result in immediate incarceration. Thank you for adhering to this rule."


Another all too common expression that drives me nuts is "the new normal."

I'm so tired of hearing idiots who think they're so wise say this, that I want to throw my remote control through the television every time. You know how it goes. Anytime something horrible happens more than once, suddenly it becomes "the new normal."

Another Islamic terror attack hits a city and kills 15 people and the pundits say, "Well, it's the new normal."

NO, IT IS NOT THE NEW NORMAL. First of all there is no such thing as a "new" normal. Normal is normal. Abnormal is abnormal. Evil is evil. There is nothing "normal" about driving a truck into hundreds of pedestrians. Stop saying terrorist murder is the new normal like this is something we all must shrug off and accept. I'll never accept evil murder of innocents as normal. Just as I will never go along with the stupid idea that "the new normal" is that half of all young people end up addicted to opioids. It's only the new normal if you accept it and don't fight to change it. What an asinine expression! Want to know what a real "new normal" is? The new normal is the moronic air-headed news people and TV pundits who constantly use that dumb phrase. If you can't tell yet, I really hate that expression!

Those same TV idiots who say "new normal" are probably the same ones who use the word "iconic" ad nauseam. Suddenly everyone has discovered the word "iconic" so now EVERYTHING is iconic. Jerry Lewis is the "iconic comedian of the 20th Century." Oprah Winfrey is the "iconic daytime talk show host." "Iconic" movie director, Steven Spielberg. "Iconic" cream-filled cupcakes, Hostess. "Iconic" urinal, American Standard. Iconic music, iconic food, iconic clothing. Stop with iconic already! Not everything is iconic.

Now we come to one of the best ones of all. An expression that is not only trite but also utterly meaningless and redundant. It also happens to be a clichĹ˝ that politicians love to use a lot. I call it the "rather than" clichĹ˝. You know, like "sooner rather than later."

If all you people can't stop speaking in empty-headed trite expressions then at the end of the day I'll just stop listening to you altogether. And that will happen sooner rather than later, it will be the new normal. I iconicly promise you that!