Why We Have a Justice Kavanaugh 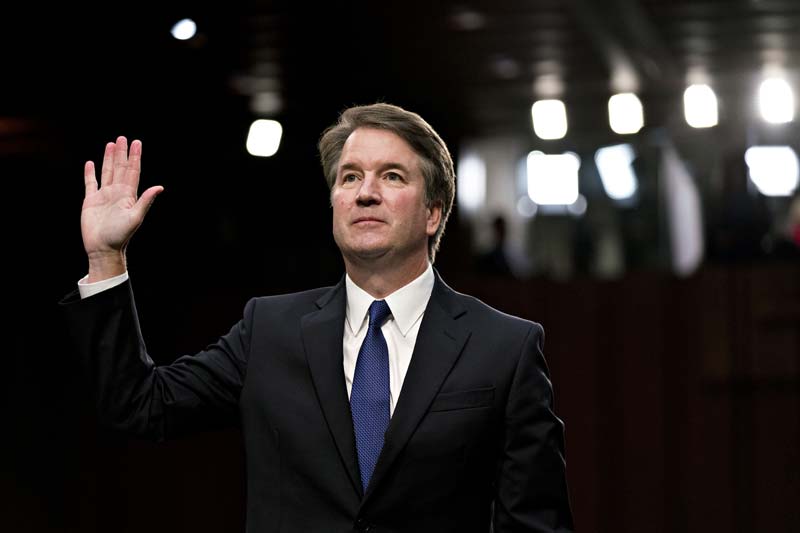 It was a close call.

With the exception of Sen. Joe Manchin, the Senate Democrats all voted against confirmation of Judge Kavanaugh to the Supreme Court. They ruthlessly went after the judge in every way they could think of. When they couldn't get him on policy, they went after him in a very personal, nasty and underhanded way: character assassination.

They threw everything they could at him. They tried to destroy the man without a shred of corroborating evidence. They pounded him using every tactic, every unfounded accusation, every dirty trick they could come up with. Nothing was left out. Well, maybe they missed mass genocide, but only because they didn't have time to use it.

As absurd as it all was, it looked for a while like the Democrats might actually succeed.

In the end, of course, they didn't because the whole country began to see that they were sounding like pathetic, desperate nuts. With each day that went by, the personal accusations against Judge Kavanaugh got more and more ruthless, baseless, and absurd. It became clear that the judge was the victim of a political hit job.

How could this have happened? How come none of the "resistance" worked? Why didn't any of the garbage they threw at Kavanauch stick? It's very simple, actually. Once again, the left overreached.

They played too many hate cards. They piled on, they couldn't help themselves. They gambled on America joining their revolution. They thought that chaos and confusion would win over legitimacy and honor. They were wrong and they lost.

When all is said and done we are a nation built on human decency, fairness, and civility. Screamers, haters, and mobs do not impress most Americans.

This country was and still is a nation of laws predicated on due process, the presumption of innocence, and truth.

Most of us do not want to see our country become a place where a person's life can be destroyed by uncorroborated accusations and unsupported innuendo.

If the Democrats had succeeded with their scorched earth tactics against Judge Kavanaugh it would have altered our system of justice forever, not just in the courts, but also in every aspect of our lives.

Had they won, anyone in any walk of life would be subject to punishment, job loss, and humiliation based on the word of someone else, with no evidence or proof whatsoever.


Democrats played the "politics of personal destruction" game and it backfired on them. That isn't to say that they won't try it again.

They will, and they will try it again soon. They've already have made up their minds to somehow remove Justice Kavanaugh from the bench, either through scare tactics by ginning up their mob base, or by impeachment, or anything else they can figure out.

The one thing Democrats didn't count on was just how much their destructive attacks would anger and unite the Republicans. A thing like that, this close to an election, could be devastating for them.

Before the Supreme Court nomination political pundits were saying that the Dems had the midterms wrapped up, now it's a toss up.

Republicans who say the November elections are "very important" has grown by 12 points to 80 percent -- closing the enthusiasm gap with Democrats.

It's still too early to know what the midterms will bring. Anything can happen, but you can depend on one thing for sure Ă‰ the Democrats will resort to their tried and true overreaching playbook.

Will it work this time? We'll have to see what happens in November.