Will Rogers Was Right 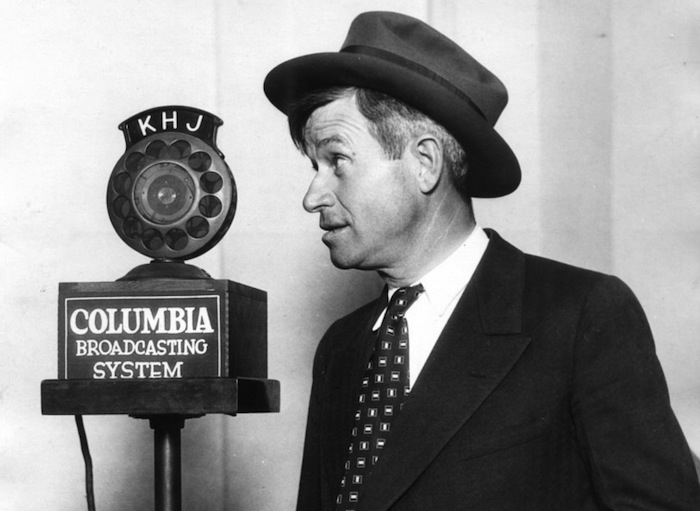 Granted, not as many people read newspapers as they once did, but the Rogers statement is still valid nonetheless. Whether it's newspapers, or TV news, or social media, or some other Internet source, the only thing that people have to go on is what they're told by the media.

Unless you have a tremendous amount of time to search out the truth of a story for yourself (and not many of us do) you have to depend on the media to supply you with your news and information.

Your opinion and judgments are then formed by what you have been told. If what you are being told by the vast majority of the media is a lie, well, how do you know that? Many people assume that the news media is unbiased, or at the least, not totally fake. These people would be wrong.

Much if not all of the media is reporting that in the latest polls taken, most people are in favor of impeaching the president. Check out these headlines: Fortune.com: "Trump Impeachment Poll: Public sentiment is On The Rise." Politico: "Support For Impeachment Jumps In New Poll." CNN: "New Polls Show Americans Support Impeachment Inquiry." USA Today: "Public Support For Impeachment Escalating"

The first thing you have to realize is these headlines are not even new. The media has been reporting the so-called spike in public opinion for President Trump's removal for years. Some of these headlines go back to 2017.

But here's the important thing to remember, most of the news organizations, social media, and other sources are controlled by dedicated Trump haters. It's no secret that journalists by a huge margin tend to be Democrats.

The Washington Post reported a few years ago that "just 7% of journalists are Republicans." It may be even less now. Many of them are not only liberal, but radically leftist. Not only that, but most of the owners, CEO's, and managing editors of these media sources are just as liberal as their reporters. Think Jeff Bezos (The Washington Post), Jeffery Zucker (CNN), and Arthur Sulzberger (New York Times).

The Democrat party and the media have been working hand in glove to take down President Trump and reverse the results of the 2016 election since before Trump even took office. Immediately after his inauguration, The Independent and The Washington Post each reported on efforts already underway to impeach Trump.

The Washington Post further noted the creation of ImpeachDonaldTrumpNow.org by Free Speech For People and RootsAction, two liberal advocacy groups. On March 21, 2017 it was widely reported that Congresswoman Maxine Waters tweeted, "Get ready for impeachment."

When you have just about all of the news media ganging up on Trump, spinning facts, and yes, reporting made up stories and out and out lies for three years, is it any wonder that your average American starts to believe these lies? One of the most important techniques used by Nazi propagandists was the "big lie."

The famous quote, (which has been attributed to either Joseph Goebbels or Hitler himself) was "If you tell a lie big enough and keep repeating it, people will eventually come to believe it."

To paraphrase Will Rogers, "All the American people know is just what they are told by the progressive news media." If they are told often enough that President Trump is a crook, a racist, a bigot, a homophobe, a traitor, and whatever else they can come up with, then many of them will start to believe it.

The German Nazi regime may be dead, but the "big lie" is alive and well within the Democrat/news media cabal. Think about that.