Is Somebody Up There Not Happy With Us? 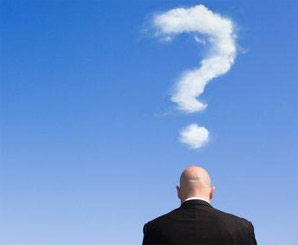 The Left will tell you it's all because of global warming, the scholars and serious scientists will say these things run in geological cycles, and lots of other people will just shrug and say it's all a coincidence.

I'm here to tell you Somebody up there is less than thrilled with we humans right now and He's letting us know big time.

Consider the natural disasters just in this past month.

First, major fires throughout the west along with scorching heat waves, then Hurricane Harvey slammed Houston and Louisiana.

Then Mexico experienced a massive earthquake, an 8.2 magnitude shock to the southern state of Chiapas.

At the same time, Hurricane Irma was pummeling the Caribbean and then Florida and the southeastern U.S. Hurricane Katia hit eastern Mexico.

Hurricane Jose is just off the East Coast, while Hurricane Maria swept through the Caribbean wiping out all power for Puerto Rico.

And then a second earthquake hit Mexico --- this one is of lesser 7.1 magnitude, but with closer proximity to Mexico City.

My comment about somebody up there not being happy with us was meant a bit facetiously, but some people really do think that natural disasters are brought about by the wrath of G0D.

Former child actor and teen heartthrob, Kirk Cameron is one who believes that all these disasters are divine retribution for the sins of humanity. He said in a video on Facebook that Hurricane Harvey and Irma were "a spectacular display of G0D's immense power" and were sent so human beings could repent.


Christian pastor John McTernan had noted after seeing the devastation of Hurricane Harvey, that "G0D is systematically destroying America" out of anger over "the homosexual agenda."

Others disagreed over the reasons for G0D's anger, but not necessarily with the assumption that G0D can be wrathful. Actress and deep thinker Jennifer Lawrence suggested that Irma was "mother nature's rage and wrath" at America for electing Donald Trump.

It seems there are some leaders in the Christian, Jewish and Muslim religions that still believe in divine retribution, but this idea goes way back to primitive tribes. The word hurricane is derived from the name of the West Indian G0D of storms, Huracan.

The belief that "the G0Ds are unhappy" has been an easy scapegoat to explain natural calamities throughout human history.

From the witch doctor that wards off evil spirits by feeding human sacrifices into the volcano to the medicine man that blames the drought on the anger of a vengeful G0D, the tendency to attribute bad things that happen to us to an all-powerful higher authority is common human practice.

Whether or not natural disasters occur when we humans go against the laws of our G0Ds can never be proven one way or the other. Maybe it is true. Could it simply be coincidence that so much of this current upheaval has happened on the eve of Rosh Hashanah, the start of the Jewish New Year and the beginning of the holiest period of the year for the Jewish people with Yom Kippur, the Day of Atonement, starting tonight?

The idea that G0D rewards those who keep His commandments and punishes those who transgress them is one that runs throughout the entire Bible. However, most modern theologians, Jewish and Christian alike, reject the idea of punishment as retaliation in a vindictive sense. Our modern society in general has abandoned reward and punishment and has adapted a more forgiving rehabilitative approach as a way of dealing with evil. I personally prefer reward and punishment.

I guess the point is, if you think you will incur the wrath of G0D by engaging in bad activity, perhaps it will encourage you to keep on a more righteous path, and what's wrong with that? How does it hurt if more people follow the Ten Commandments and other honorable tenets in religion? Less bad stuff, more good stuff.

Makes sense to me.

Maybe it's time for the entire human race to atone for its collective sins and try a little harder to behave.

What have we got to lose?