Yet Another Lovely Law 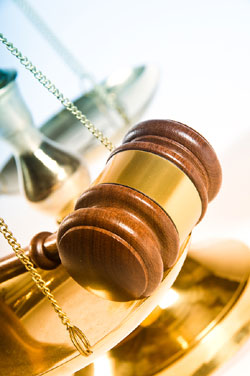 It's the law. Starting this week drivers must give bicyclists at least three feet of space between the car and the bike. The law states the following: "A driver of a motor vehicle shall not overtake or pass a bicycle proceeding in the same direction on a highway at a distance of less than three feet between any part of the motor vehicle and any part of the bicycle or its operator."

But what if there's no room on the street to allow for this? Hey, no problem because the law goes on to say, "If the driver of a motor vehicle is unable to comply due to traffic or roadway conditions, the driver shall slow to a speed that is reasonable and prudent, and may pass only when doing so would not endanger the safety of the operator or the bicycle."

Okay, first of all the terms "reasonable and prudent" are vague and could mean many things to different people. Also, did you catch the phrase "Épass only when doing so would not endanger the operator or the bicycle?" I get the operator part, but since when does an inanimate object like a bicycle have safety rights over a human being (a driver)? Notice too how all the responsibility concerning the safety of the bicyclist is on the driver of the vehicle not the bicyclist.

And now here's the best part of all. The law demands that if there isn't at least three feet separating the bike from the motor vehicle, then the motor vehicle must slow down to accommodate the bike. This is going to do wonders for the flow of traffic on our city streets. It's great! All traffic slows down to a crawl and travels at the

same rate of speed as the guy on the bike.

So now drivers not only have to be watchful of bicyclists riding over on the right side of the street, but all through the traffic lanes as well.

Just as it is in third world countries, the bikes are taking over our streets. What makes this all the more delightful for the motorists is the arrogance of so many of these spandex-wearing Nazis. It's almost as if they hand out free attitude when you make your bike and helmet purchase. And notice how often these people come in large clusters, like mold.

Why not have special lanes for skateboards? Keep all the punks together in one long lane. We could build all kinds of levels of speed bumps into their lanes for them to skate up and down on.

They would love it.

I just saw a news report about how China has created dedicated lanes for pedestrians who walk while using their smart phones.

This is for real.

City streets have one lane for regular pedestrians, and another lane just for idiots who walk and text at the same time.

The idea was, this would eliminate the smart phone users from bumping into other people on the street while they're texting. Interesting idea, but it hasn't worked because the morons using their devices are still not looking where they're going, so they drift into the non-phone lanes and still bump into people.

So if in the future we fill up all our streets and highways with special interest groups having their own dedicated lanes, where will all the cars and trucks go? There won't be any room for them on the street.

Hmmm. I guess that's the whole point, isn't it?