Jokes You Can't Do Anymore 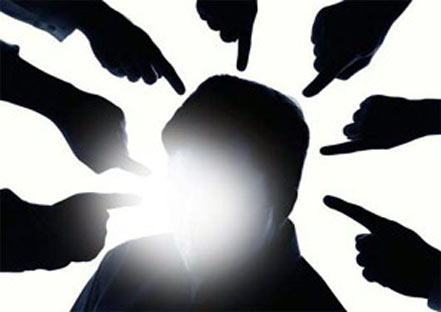 There was a time, not that long ago, when you might have tuned in to The Tonight Show and watched comedian Henny Youngman do his standup routine. Part of it might have included a few jokes like these:

• My wife was at the beauty shop for two hours. That was only for the estimate.

• She got a mudpack and looked great for two days. Then the mud fell off.

• My wife took the garbage out and just missed the pickup. She ran after the garbage truck, yelling, "Am I too late for the garbage?" The guy said, "No, jump in!"

Do you think Youngman could do this stuff today?

Well, he's not alive anymore, so of course not. But if he were still around he couldn't tell these jokes because even if the network allowed him to do so, today's young audiences wouldn't laugh.

Not only wouldn't they laugh, they would very probably boo him off stage. Maybe even scream obscenities at him or shame him unmercifully on the Internet.

It goes without saying that you can't do ethnic jokes anymore either. There once was a time when Polish jokes were the big thing. One-liners such as:

• Have you seen the new Polish jigsaw puzzle? One piece.

• Two Santa Clauses on the corner. How can you tell the Polish one? The one with the Easter basket.

• A Polish terrorist was sent to blow up a car. He burned his mouth on the exhaust pipe!

• A Polish man bought a zebra for a pet. What does he call the zebra? Spot!

In general, ethnic jokes are a big no-no, but actually you might still be able to do Polish jokes because Polish people are not considered one of the protected minorities. But just try to do one these jokes substituting Polish for Mexican or black or Middle Eastern. You'll be labeled a racist and most likely get tarred and feathered, run out of town on a rail, and probably never

be able to get a decent job anywhere.

Of course you can't do jokes that make fun of gays, lesbians, transgendered, or anyone in the LGBTQQIP2SAA community. If you do, you will be labeled a lesbian- gay- bisexual- transgender- questioning- queer- intersex- pansexual- two-spirit (2S)-androgynous-asexual phobe. And you wouldn't want to be that, would you?

The thing everyone seems to have forgotten about is that jokes are nothing but a bunch of words. Words. That's all they are.

Remember the old saying, "sticks and stones may break my bones, but words can never harm me."

Can words be cruel at times? Yes. Can words be thoughtless and stupid? Sure. But are words just as bad as vicious evil deeds or actions?

In many parts of our society today certain words are considered every bit as bad as violent actions, maybe more so.

By using a pejorative term, a racial epithet, or any other word or phrase deemed politically incorrect, no matter what the context is, your life can be ruined forever. Today a person can literally lose their job, their home, and maybe their freedom just by uttering an unacceptable word.

Using offensive language, calling names, or telling ethnic jokes can make you a jerk or a stupid idiot maybe, but not necessarily a racist or a misogynist. And it shouldn't be a crime. It's important to differentiate between words and deeds. Telling a Polish joke doesn't mean you hate the Polish people and want to blow them off the face of the earth.

Nobody ever thought Henny Youngman really hated his wife. It was just a joke. Most of the working standup comics thirty or so years ago used material that I'm sure today's creampuff twenty-somethings would find unacceptable. But no one ever got hurt by a Don Rickles barb or a Jewish story told by Buddy Hackett. People laughed.

Too many people today have lost their sense of perspective as well as their sense of humor. Jokes are pretty harmless, unless they are belittling vindictive disguised as jokes used purposely to put someone down (like the entertainment media loves to do to President Trump). It's usually easy to tell the difference. You know hate when you hear it. But most of the time a joke is only a joke.