Okay, Here It Is 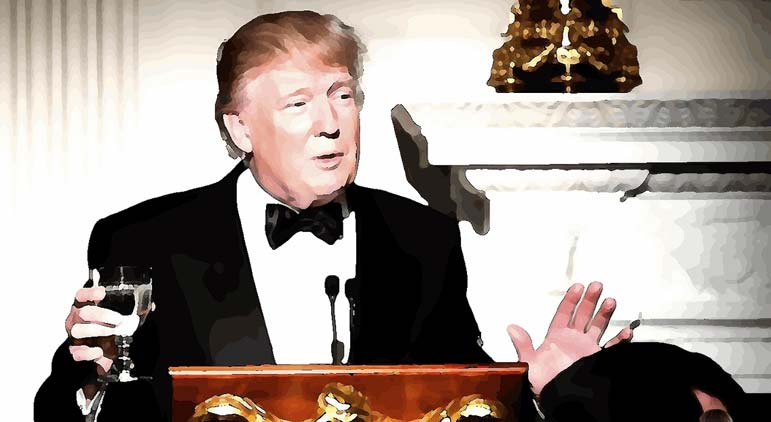 Due to thousands of requests (okay, maybe two) for me to review President Trump's accomplishments as president, I will do so now since he has passed the first 200 days mark.

Putting aside his personal comportment and style, which you either appreciate or despise, I will focus instead on pure achievements in policy and promises kept.

Whether you consider the following list "accomplishments" or not, will depend on your own political biases.

Let's start with the stock market, which has hit historic highs.

The Dow has set no less than 49-new record closing highs since the 2016 presidential election. On average, since the election, the DOW has set a new all time closing high one out of every four days the market is open.

During this same period, the S&P 500 and the NASDAQ have both set new all-time highs. The S&P 500 also broke $20 Trillion for the first time in its history. The US Stock Market has gained more than $4 trillion in wealth since Trump was elected. Because of this, businesses are humming and millions of Americans are benefitting in their retirement savings accounts.

The U.S. debt has decreased under President Trump-since his inauguration by -$103 Billion.

(President Obama increased the US debt in his first 6 months by more than $974 Billion or nearly $1 Trillion.)

The difference between Presidents Trump and Obama is more than $1 Trillion. The US Manufacturing Index soared to a 33 year high in President Trump's first six months, the best number since 1983 under President Reagan. As reported by the US Bureau of Labor Statistics, the US inflation rate decreased to an eight month low in June to 1.6%.

This is partly due to President Trump's energy policies that are helping average Americans with cheaper gas and electricity.

New housing sales has been in recovery since the election. In 2011, houses for sale were on the market an average 84 days. This year, it's just 45 days.

According to the US Census Bureau, there were nearly twice as many US housing sales in the past couple of months as there were under President Obama in 2009 during the same time period.

Trump promised that jobs would increase for Americans when he became president. The Bureau of Labor Statistics has reported that President Trump added a projected 1,027,000 jobs in his first six months (January through June 2017.)

President Obama on the other hand lost more than 3,826,000 million jobs in his first six months. Additionally, more than 1.1 million Americans dropped off the food stamp rolls since President Trump took office in January 2017, according to the latest U.S. Department of Agriculture (USDA) statistics on food stamp enrollment.

Also according to the Bureau of Labor Statistics-the unemployment rate since President Trump's-inauguration has decreased. The unemployment rate was at 4.8% in January 2017, under Trump by the end of this past July it was down to 4.3% , the lowest in 16 years. Unemployment under President Obama on the other hand-moved in the opposite direction.

When he first took office, President Trump wasted no time in reducing the number of stifling regulations put in place during the Obama years. In January he signed his 2 for 1 executive order mandating that for every new regulation, two regulations needed to be revoked. This has resulted in new regulations slowing significantly to practically nothing.

This is good news for business and consumers alike since federal regulations cost Americans and American companies money to implement and maintain.

Reducing or halting regulations allows companies to spend their money in better ways, such as research and development and improving their products.

True to his word, President Trump nominated a Constitutional conservative, Judge Neil Gorsuch, to the Supreme Court last April to fill the spot left open by the death of Justice Antonin Scalia.

President Trump has managed to improve the US economy in just about every way since his election. He has built up the military and done away with Obama "climate change" initiatives.

He cut funding for "sanctuary cities." His executive actions have increased jobs, lowered or did away with costly federal regulations, and have supported blue-collar workers and middle class values.

As opposed to many past presidents, he seems to actually take his campaign promises seriously.

200 days in and making a difference.