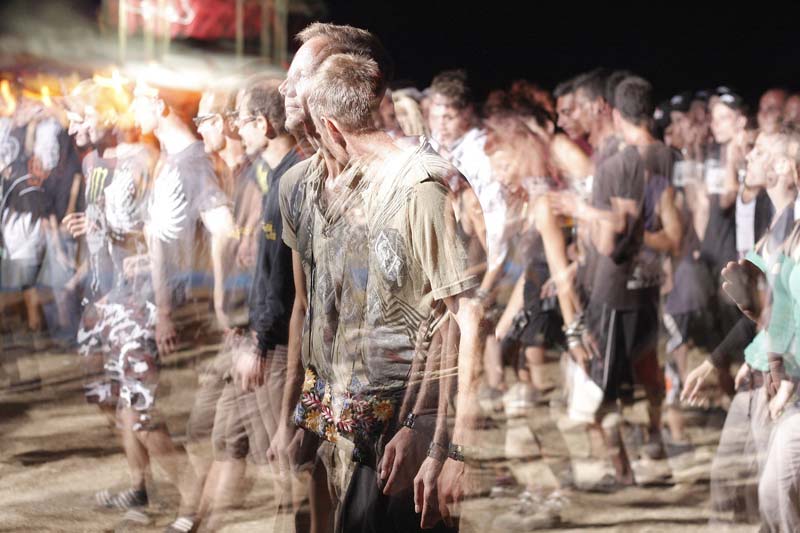 Did you ever think you'd see police officers, police chiefs, mayors, and other elected officials kneeling before street mobs while they shout obscenities and threaten violence?

In Webster, Massachusetts a crowd of protesters forced Police Chief Michael Shaw to lie face-down on the ground for eight minutes. Canadian Prime Minister Justin Trudeau took a knee at a massive anti-racism protest at Parliament Hill in Ottawa.

The Internet is filled with posts from white suburbanites asking to be forgiven for being born white, apologizing for their "white privilege." In Cary, North Carolina, a group of Caucasians washed the feet of black organizers to "ask for forgiveness." Even so-called Republican Mitt Romney joined the marchers in the street as he echoed their chant, "black lives matter!" Just about every major corporation has posted their solidarity to the hate group Black Lives Matter, the 2020 version of The Black Panthers or Nation of Islam.

Sports figures and others who tweet such innocuous sentiments such as "I will always stand for the American flag," and "all lives matter," get vilified and bullied online and threatened with losing their jobs if they don't apologize. So they do. As fast as they can.

Not only do they apologize, they beg for forgiveness and admit they have been so very, very wrong all their life. They promise to do better now that they realize how hurtful they have been. Imagine. Showing patriotism is racist. Expressing concern for all people regardless of color is racist. This is where we are now. How long will it be before the American flag is removed from postage stamps? How long before it is removed from public school classrooms, from city and state offices?

The New York Times op-ed editor was forced to resign for printing an opinion piece that differed from many of the "woke" young staffers at the paper. First he apologized, but that wasnĂ•t enough. He had to leave. You can bet you will never again see an editorial printed in the Times that doesnĂ•t totally echo the left-wing sentiments of itĂ•s young staff.

From what I can see, many of the street protesters are white and college aged who have signed on to the idea that cops are murderers and America is a horrible, racist country. And anyone who doesn't agree with them is most certainly a racist.

The protests were orchestrated from on high by leftist anarchist groups in tandem with the Democrat party with the objective of removing Donald Trump in order to continue America's slide into extreme societal change. The people you've been seeing causing the destruction are willing pawns in this war on civilization, although you can bet many don't even know they are being manipulated.

It's so easy to gin up mass hatred and violence through social media these days, and the left are experts at it. ItĂ•s easy when two or three generations of people are indoctrinated into leftist ideology by public schools and colleges, the entertainment industry, and all forms of mass media.

This is what happens when you stop teaching real history and substitute an alternate false narrative based on anti-white, anti-America hatred. Youth have been taught that an opinion, which differs from theirs, is hate speech. Colleges and universities have established safe spaces, which essentially shut down free speech.

Shaming on social media sites have been enormously successful at forcing companies and individuals to buckle under, to apologize if an opinion or statement doesn't go along with the prevailing dogma on the left.

Just as the China Wuhan virus succeeded in cowering the entire country (and most of the world) into obediently locking itself down; the rioting and outrage over "systemic racism" has succeeded in advancing the falsehood that America is institutionally racist and that most police in this country want to hurt blacks.

For the record, Black Lives Matter is a multifaceted communist organization that welcomes all "marginalized" groups to fight against the "white, male privileged class." BLM are anti law and order and pro criminal.

The goal is the breakdown of the middle class and the traditional American values that went with it. They are supported by wealthy leftists and work hand in glove with other anarchists like Antifa.

This is the same group that marched in 2015 chanting, "What do we want? Dead cops! When do we want them? Now!" Dismantling police departments while letting felons out of prison is another way of "killing police." It's a power grab. BLM are invested in keeping the black vs. white conflicts going, just as the Democratic Party is.

The past two weeks are a continuation of the 1960's Cultural Revolution. It's not about lifting up black lives; it's about tearing down the basic structure of American society. As Barak Obama plainly told us just before his election, "Fundamentally changing the United States of America."

And sad to say, so many of my fellow citizens don't have a clue.