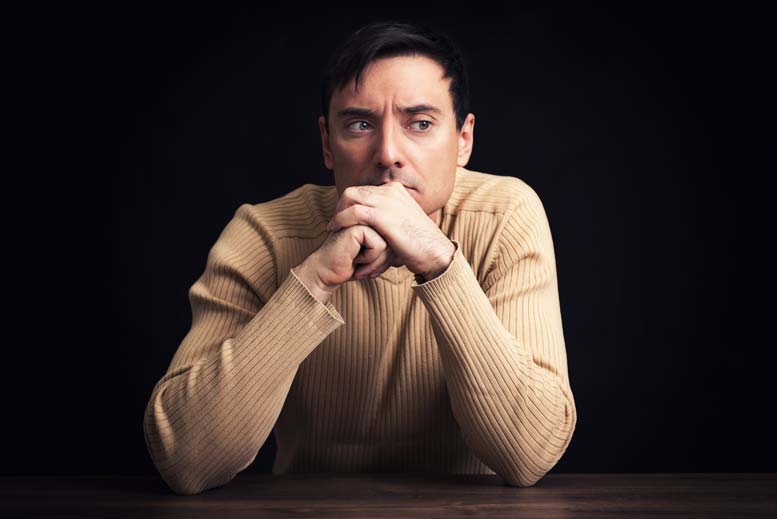 The only way you can see your own eyes moving is by watching yourself in a movie, but that's cheating.

Of course you also realize that when you look into a mirror you're not seeing what other people see when they look at you. You're seeing a reverse image of yourself, not the way you really look to the world. You can get the real view of yourself, however, if you angle a second mirror to the side which will reflect your reverse image back into what you really look like.

It's too bad we don't, because if we did then maybe more of us wouldn't go out looking like complete slobs. Think about it.

When you're out in public, how often do you see a person who really looks fabulous? The fact that most people you see walking around today look so ugly proves my point.

Looking good is not about beauty or handsomeness; it doesn't require movie star looks. Anyone can look great if they groom well, wear the right kind of clothes for their body type, have good posture, and comport themselves in a decent way.

Most of humanity simply doesn't do this. That's why I don't want to get too close to 95% of the people I see out and about. Make that 98%.

I suppose it was that "ick" factor that made Howard Hughes such a germ-phobic recluse at the end of his life. See, you can't think of this stuff too much or it'll make you nuts.

No question that staying in the house keeps you away from the disgusting dirty repulsive things crawling around out in public (the very name "public" is disgusting in itself).

Home sweet home. When you're away from the real world and safe and sound in your own home everything is beautiful and clean and all things are possible.

Sometimes you have to leave home, you just have to. I had to have an MRI scan recently and there's really no way to do it from the comfort of my own home, so out into the world I went. Never having had one before, I wasn't sure just how I would react to it.

Of course my family and friends made sure I was fully informed just how horrible this procedure could be.

"I hope you're not claustrophobic!" "Make sure you take sedatives before you go in!" "Keep your eyes closed once you're in there!" "The banging noise goes on throughout the entire process!" "The best thing to do is to walk in backwards and avoid looking at the machine at all!" "Psych yourself into thinking about beautiful scenery, pretend you're by a bubbling brook, or listening to the ocean waves!"

I went in fully drugged and expecting to be shut tight into a coffin, buried alive and listening to banging noises for around an hour or maybe longer. Twenty minutes later it was all over.

It wasn't bad at all, actually it was a snap. We returned home, I was still under the spell of my sedative so I didn't do much for a while. But I was glad to be back in my enchanted cottage where all things are still possible.

Except for being able to see my eyes move in the mirror.