You Can't Sing That Anymore 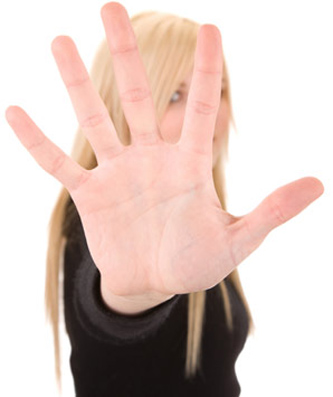 Ah, yes. The world has changed. The war of the sexes just ain't what it used to be.

No longer the cutesy battles of men against women as written by humorists such as James Thurber. The days are gone when Ricky Ricardo would roll his eyes and say to Fred Mertz, "Women! You can't live with them and you can't live without them!"

Thanks to decades of women's lib, recent high profile sexual harassment cases, the rise of gender neutral politics, and social media which gave birth to the #METOO movement, the old stereotypes of men and women are disappearing like mad.

This represents an enormous cultural shift. And it's about time too.

Just think for a moment and consider how far we've advanced as a people now that we've finally embraced the truth. Many aspects of our daily lives have at last become politically incorrect and socially unacceptable in so many areas of what used to be our American culture.


Take popular songs for an example. Here are a few that would never be written today, let alone performed anymore.

"Standing on the Corner" from the musical "The Most Happy Fella"


Can you imagine this disgusting tune introduced in a stage show today? They would be booed out of the theater. And rightly so. Or how about this one.

"I Enjoy Being a Girl" from the musical "Flower Drum Song"

I'm strictly a female female
And my future I hope will be
In the home of a brave and free male
Who'll enjoy being a guy, having a girl like me

Nope! Can't sing that anymore, thankfully. If the show is revived, and hopefully it never will be, you can bet this number will be taken out. The same goes for "How Lovely to be a Woman" from "Bye Bye Birdie:

It's wonderful to feel
The way a woman feels,
It gives you such a glow,
Just to know,
You're wearing lipstick and heels.

How lovely to be a woman,
And have one job to do:
To pick out a boy and train him,
And then when you are through,
You've made him the man you want him to be...
Life's lovely when you're a woman like me!

How revolting! You can go on and on. "As Long As He Needs Me" from "Oliver," "My Man" from "Funny Girl," "Guys and Dolls" from the play of the same name. There are so many examples besides show tunes such as "Try a Little Tenderness" that includes lines you won't find in songs today like

How stupid we were to think that these were innocent, sweet songs when now we've learned that this is nothing more than hate put to music.

Simply put, these seemingly innocuous songs are sexist, misogynistic, degrading, hostile attacks that celebrate male privilege and encourage sexual objectification and violence against women. We can all breathe easier knowing that if this kind of garbage is ever performed in public anymore it will be condemned and shut down. And those haters who engage in this level of debauchery should be silenced in any and every way possible.

If you encounter them in a restaurant, in a department store, at a gasoline station, get out and create a crowd and push back on them and tell them they are not welcome anymore, anywhere.