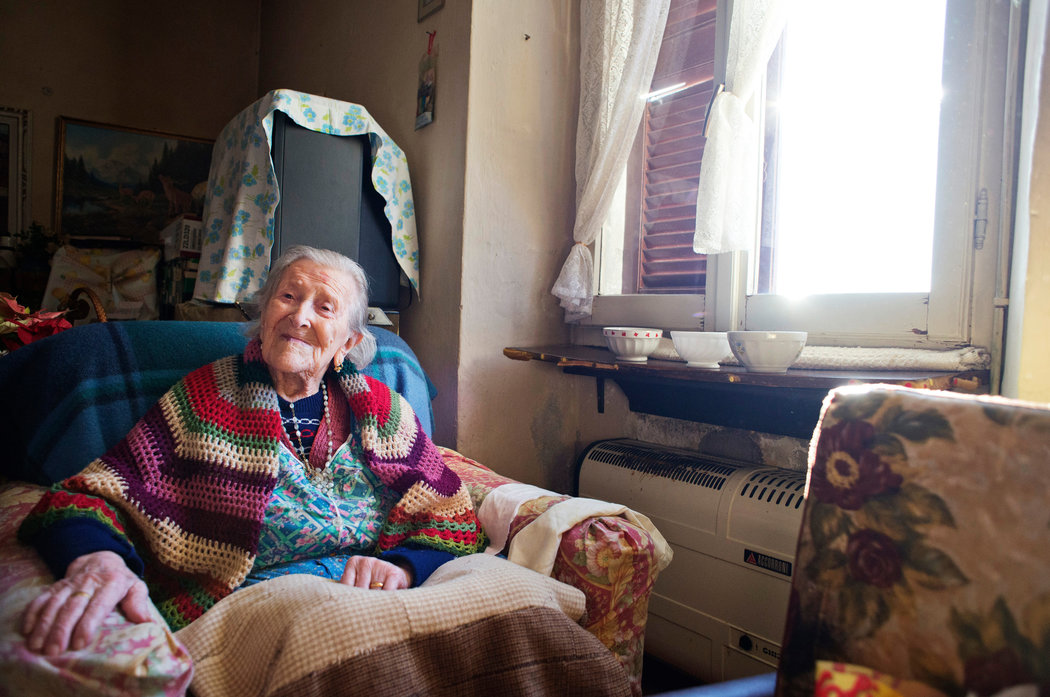 In the excitement of the Passover and Easter festivities you might not have heard about an interesting news item that was reported.

In case you missed it, the oldest person in the world has died, reminding us once again that no matter how hard we try we can't live forever.

The news said that Emma Morano, an Italian woman from the town of Verbania, was not only the oldest person alive but also the last survivor of the 19th century.

She was 117 years old and lived during three centuries. Amazing! That's a long, long time, but Emma Morano goes into the record books as only the fifth longest life ever verified. She doesn't hold the world record for the oldest person to ever live. That distinction goes to a French woman, Jeanne Calment, who died at 122 years old in 1997.

With Emma gone the oldest living person in the world is now Jamaican Violet Brown, who was born on March 10, 1900. Jeanne, Emma, Violet. Notice a trend here? It's always women who live longest. And it's always women from other countries.

It's never Harry Schwartz from Miami Beach or Oswald Pyle from Nebraska. Women outlive men because.... well, I'll let you fill in the blanks for yourself. I get enough hate mail as it is.

Emma Morano may have lived to be 117 years and 137 days, but was she happy? How much "quality time" did she have? Did she consider her life "fulfilled?" Did she reach her true potential? Did she ever stop and smell the roses? And if so, did the roses smell differently two centuries ago? Inquiring minds want to know.

The good news is she lived a long life. But according to the article she didn't leave her apartment for the last 20 years. She had been bed-bound during her latter years. Her eyesight became poor and she spent much of her days sleeping. Her diet consisted of two eggs a day and a bit of cookie, but not too much since she had no teeth. As the old joke goes, she lived a long time, if you can call that living.

An old gag line of middle-aged comics was to say to a younger person, "I've got socks older than you!" Well, Emma had EVERYTHING older than EVERYONE else. Her only problem was, in the last several years she couldn't see them. It's very sad, but if you're asleep for the last 20 years of your life, does that count as being alive? When you're gumming your lousy two eggs a day, are you enjoying your meals?

On the bright side, it seems Emma retained plenty of her womanly vanity right to the end. It was reported that before blowing out the candles on her 117th birthday cake last year she asked, "How does my hair look?" Can you imagine being concerned about her hair at that age? Frankly I'm surprised she had any hair at all. Maybe she only had one hair when she said, "How does my hair look?"

Seriously, how fortunate that she still had any hair at all at 117. I've lost quite a bit of hair through the years, however my brother is only 59 and he still has all his hair. He keeps it in a cigar box in his closet.

Emma was lucky that she possessed not only really good genes, but also a great attitude and a strong constitution.

With the exception of a cataract operation, she never went to the hospital. She didn't like hospitals, and I don't blame her. It has always been my thinking that the longer you're in the hospital the better the chances are that you'll never come out of it alive. Besides, who wants to spend a lot of time in a place full of sick people?

George Burns had some wonderful lines about growing old. "You know you're getting old when you stoop to tie your shoelaces and wonder what else you could do while you're down there." He also said, "First you forget names, then you forget faces. Next you forget to pull your zipper up and finally you forget to pull it down."

Rest in peace Emma Morano. After 117 years, you must be really tired.