Since you brought it up yet again, Donald: About Those New York Values ... 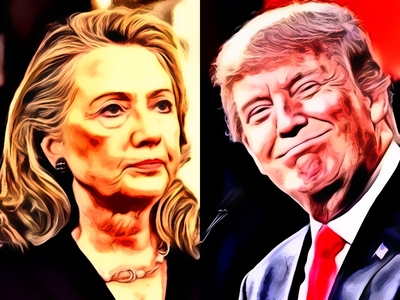 When it comes to a wide range of choices in presidential candidates, the voters don't have much to choose from if they don't want New York values.

Three out of the five people running for president are New Yorkers. Bernie Sanders, currently representing Vermont, was born and raised in Brooklyn, Donald Trump is Mr. Manhattan, and Hillary Clinton moved to New York to run for Senator in 2001. The other two choices are from Texas and Ohio, which would be Ted Cruz and John Kasich respectively.

For true conservatives there isn't any choice at all except Ted Cruz. Bernie is a self proclaimed Socialist Liberal; Clinton shies away from the Socialist label but is very liberal none the less; and Trump, while less liberal than Clinton, still tilts toward the liberal side on many issues. John Kasich is fiscally moderate but also leans left on some social issues. Which leaves Ted Cruz as the only limited government Constitutional conservative running for president.

Liberal Democrats have the range of choices, no doubt about it, depending on how liberal and progressive they want their president to be. The two front runners, Hillary Clinton and Donald Trump may have different styles, but are similar in other respects. Consider the similarities:

• Both are New York people. He born and raised, she transplanted.

• Both are liars and wheeler-dealers.

• Both are obsessed with wealth.

• Both are unethical and self centered.

• Both pander to their base, saying whatever they need to say to get votes.

• Both in favor of big spending.

• Both critical of free trade.

• Both have a history of supporting failed liberal policies.

• Both have legal troubles. He with Trump University lawsuits, she with FBI investigations of her misuse of classified government documents.

• Both believe the US should take a backseat in foreign affairs, particularly in the Middle East.

• Neither one are strong supporters of Israel.

• Neither one have much respect for American traditional values.

Don't forget that in the past, they have been pals. Hillary attended Trump's 2005 wedding, and in return Trump wrote the Clintons a big check.

Hillary and Donald are so alike that they could actually be running mates. The only problem with that is they would fight over who would be on the top of the ticket and who would be the VP. Maybe they could take turns. And when the two of them get tired, Bill could fill in. I'm sure he'd be fine with that. Bill back in the Oval Office? Better hide the interns!

Hillary and Trump both have what Ted Cruz has referred to as "New York values." What are New York values? Values that are politically left leaning. Trump and many in the media like to turn the Cruz statement into an anti-New Yorker thing, as if Cruz is against all those brave firemen and police who helped people on 9-11. What hogwash! No one would think such a thing, including Cruz.

Political pundit George Will had it right last week when he said that Cruz has not been stating how "New York firemen are any less brave than New Mexico firemen" or that he's demeaning the memory of those lost on 9/11. Rather, the Texas senator has repeatedly meant to remind voters of the overwhelmingly Democratic city's far-left beliefs and despite the influence the city has on the country in so many facets, they don't represent the rest of America politically:

"He was saying I'm campaigning in a city which last September, the city council voted to honor Ethel Rosenberg, the traitor who, with her husband Julius, sold out the United States secret to Stalin. This is a city in which the mayor spent part of his youth working for the Sandinistas. There are New York political values and they're not shared by the rest of country."

Everyone knows that New York City is a city that is overwhelmingly progressive and Leftist. Those values are Hillary's, and Bernie's, and Trump's. They happen to be the values that Obama shares as well. San Francisco is another city with those values. Ted Cruz won't win the votes in either city. Of course not. He's the conservative.