Digging: For buried treasure --- and against Trump 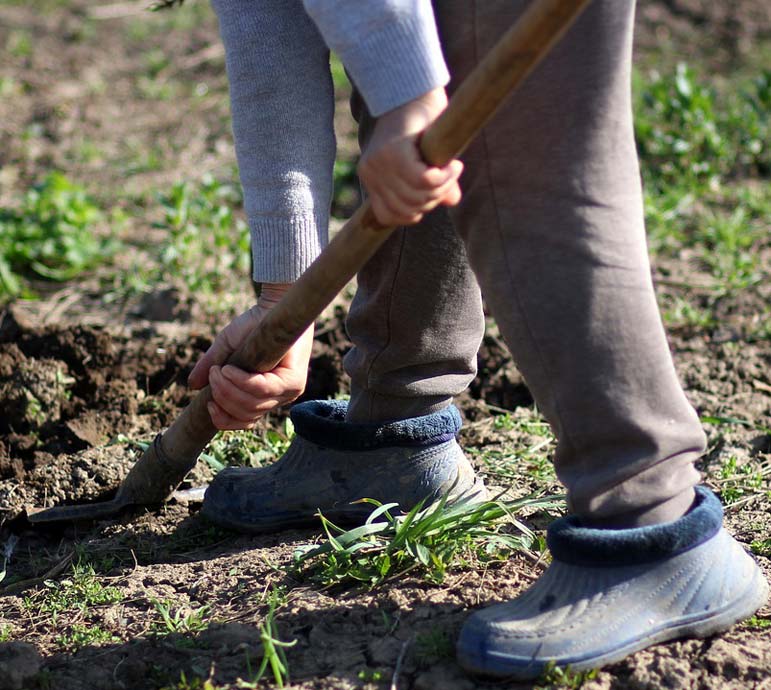 Oak Island, a small wooded island just off the coast of Nova Scotia, Canada, is said to be the hiding place of a mysterious buried treasure and has been the object of attention of treasure hunters since 1795.

In April 2006 brothers Rick and Marty Lagina of Michigan purchased 50 percent of Oak Island Tours in the hope of discovering the treasure and solving the island's mystery. The History Channel began a weekly reality show on this in 2014 that ran through March of 2018.

Of course nothing of value was ever found.

Going beyond the original excavation site, the brothers worked over the entire island, digging, digging, in an attempt to find something, anything that might suggest that some sort of valuable treasure was hidden deep beneath the surface.

When they couldn't find anything substantive in one hole, they moved on and made a new hole someplace else.

Week after week they dug. The show hyped all kinds of possible finds if only they stuck with their digging and wouldn't give up. Perhaps they might discover buried pirate treasure, or maybe the crown jewels of Marie Antoinette.

Could there be a chance that they might unearth The Ark of the Covenant (or perhaps the Holy Grail) buried by the Knights Templar? There might be 30 tons of gold stowed away, or maybe proof after all that Francis Bacon wrote Shakespeare's plays. Who knows? Better keep digging! So after four years here's what was really dug up:

• Some coconut fibers taken from the beach, allegedly dating back to the Middle Ages.

• A single 17th century Spanish copper coin taken from the swamp (not the pit itself) — merely suggesting that humans had visited the island before the pit started being excavated (an uncontroversial and unremarkable suggestion).

• Timbers, and a gold-plated button, from tunnels that had been dug by 19th century treasure hunters and later re-buried.

• A small brooch and a semi-precious stone.

Proving once again that if you dig long enough and deep enough, even though you might not find the valuable treasure you originally sought, you will unearth SOMETHING. Not very much, but something.

My wife made a very smart analogous connection between the Oak Island search for buried treasure program and the search for buried crimes of President Trump conducted by special prosecutor Robert Mueller and his cronies. After more than a year and a-half of probing, the Mueller team, Democrats, and a complicit news media haven't found one iota of evidence that Donald Trump has committed any crime.

Yet, like the brothers on Oak Island, they keep on digging, digging, digging. The latest move by Mueller has been an early morning surprise raid on the offices, hotel room, and home of Trump's personal attorney, Michael Cohen, by the FBI. Remember, no crime has been committed and no obstruction of justice has occurred which might justify this unprecedented raid.

The act has been called a "great overstep" by Sen. Rand Paul. "We never should have had Mueller in the first place," he said. "We've given too much power to a prosecutor who's no longer looking at Russia. He's looking at some kind of personal dealings with the president's lawyer."

Paul added that he thinks Mueller has abused his authority as special counsel and that his investigation has gone far beyond what it set out to find, which was "collusion" between President Trump and the Russians. Maybe it just doesn't exist, pure and simple.

President Trump called the action disgraceful and a witch-hunt. It is definitely that, but it is also a fake Oak Island hunt for buried treasure.

They think if they just dig long enough and dig deep enough they might unearth something. If one hole doesn't pan out, then they move on and dig somewhere else. Eventually they hope to find something, if not the big treasure then at least an old button or coin.

And lots of dirt.