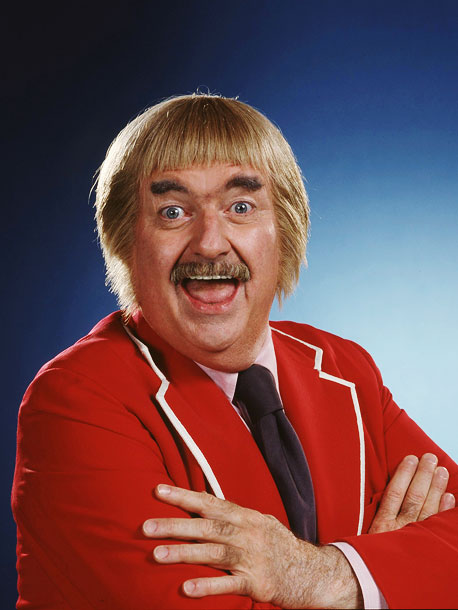 Everyday I sit in front of the television set and wait for President Trump to come on with his daily Coronavirus briefing. I want to be informed and I wait for his words of consolation and guidance.

The way he looks out into the camera as if he is actually speaking directly to me is comforting somehow.

Suddenly I sense a bit of deja vu in this. Then it dawns on me. Of course, I've been through this before, many decades ago as a youngster. I can remember back in the 1950s sitting in front of the television set every morning and waiting for a man to come on with his wisdom and words of guidance. Back then it was Captain Kangaroo and he comforted me then in much the same way Trump does now.

When you think of it, President Trump kind of resembles Capt. Kangaroo, a large man with strange hair and wearing a navy blue suit. And then we have the featured players in the show.

Dr. Anthony Fauci is Bunny Rabbit, the mischievous rascal who is always trying to trick the president into getting his own way.

Dr. Deborah Birx is Dancing Bear, who has a natural, easy way of dancing around a question without truly answering it.

And once in a while even Mr. Moose pays a visit, in the form of Secretary of State Pompeo. Just as we never knew what to expect from Captain Kangaroo from one episode to the next, we don't know what to expect in the president's news briefings from day to day.

One regular feature of Captain Kangaroo was the Tom Terrific cartoons. Tom was a magical boy who could change shapes,wore a funnel for a hat, and had a canine sidekick named Mighty Manfred the Wonder Dog.

I wish President Trump would include one of those cartoons every now and then in his daily briefings, just to put things into proper perspective.

I loved the Captain Kangaroo show. It was the program I waited for every single morning. I learned a lot and was happily entertained every Monday through Friday. Bob Keeshan played "Captain Kangaroo" and he also came up with the whole concept of the show. Keeshan once said that he based the show on "the warm relationship between grandparents and children." None of us knew or cared about any of that; of course, we just wanted to watch Captain Kangaroo.

We kids trusted and felt comfortable with Captain Kangaroo. No matter what realities were going on in the world, no matter what we were dealing with in our own personal lives, we could always rely on "The Captain" to bring fun and comfort to us every day.

I guess you could say Captain Kangaroo's daily visits had a direct influence on me in my early childhood, as he did for millions of other baby boomers. Likewise President Trump's daily briefings are having an influence on my latter adulthood. All in all I much prefer the early childhood part, I must tell you.

Captain Kangaroo lasted for almost 30 years; the Coronavirus briefings already feel like 30 years. As nice as it is to have these little visits with my president each day, I wish this show could be cancelled and we all could get on with living a real life again.