Facts of Life in Today's Culture 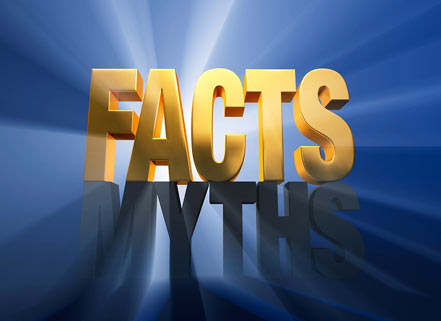 Regarding the horrible Parkland Florida massacre: I've been considering how best to address this thing in my column, if at all. So much has already been said and most of it is based on partisan thinking and attitudes. Our liberal political leaders don't help much. They react every single time in the same safe way, taking their respective comfortable positions on gun control laws and blaming conservatives. No one is addressing the core problems that lead to school shootings and other mass atrocities. And it isn't the NRA.

Any serious thinking person who is honest will admit that the problem is a lot more complex than enacting more gun control laws. An age limit won't stop teenage violent criminals from stealing firearms from adults. It didn't stop Adam Lanza in Sandy Hook or the Columbine killers. It wouldn't have stopped the Virginia Tech shooter (age 23) or the Umpqua Community College shooter in Oregon (age 26).

The answer to school shootings isn't to ban guns anymore than the answer to highway deaths is to ban vehicles, or the answer to knife killings is to ban knives. No, the problem is homicidal maniacs on the loose in our society who are intent on killing people. Only until we can come to grips with that can we ever hope to look into ways of preventing similar atrocities in the future.

How come this didn't happen, say 3 or 4 decades ago? What has changed in our culture? Good question. Consider the following.

Fact: Many of the school shootings in the past couple of decades have a direct correlation with kids that have been diagnosed with hyperactivity disorders and have been put on Ritalin (or other similar drugs) for extended periods. The trouble begins when they are taken off those drugs (or choose to go off themselves).

Fact: Drugs, both legal and illegal have proliferated in our society over the course of the past 40 years. So many babies being born to drug addicted mothers. More kids are willing to experiment with everything from marijuana to heroin. Popular culture has adopted a somewhat more lenient attitude towards dope than it did years ago.

Fact: The traditional family unit has been decimated. Couples living together without being married, more unwed childbearing, fatherless sons and daughters, and more poor youngsters growing up in unstable households. No social stigma to any of this anymore.

Fact: Religion and its moral standards have declined to such a degree that we are no longer the "G od-fearing" nation that we once were in the forties and fifties. People have stopped going to church and synagogue regularly, the drop off over the past four decades is staggering.

Fact: Women's liberation has made a detrimental impact on young men. As women become more important in all aspects of our society, young men have been marginalized and devalued.

Fact: The abortion "dialogue" has become a part of the fabric of our nation, with never-ending causal debate on the right to end a baby's life. How cold and creepy can you get?

Fact: Civility, common manners, and decorum have long ago left the building, I'm afraid. These things are not taught to new generations anymore. Not in the home, and not in the school for sure. Schools don't teach civic pride or patriotism anymore, let alone morals or civility.

Fact: We now live in a culture of name-calling and division. Misogynist. Racist. Homophobe. No longer a melting pot, our country is now made up of many disjointed groups of people. We are not individuals anymore; we are only members of groups. People are no longer judged and rewarded or punished based on their actions; they're judged and rewarded or punished based on the color of their skin or their ethnicity or their politics.

We've morphed into a very different society. A cruder, more ugly, and less gentle society than the one we inherited from our parents. Is there any question, then, why so much of it is violent and hate-filled?

So how to fix it? How do you change it, how do you get things right again? A very good question. How do you reclaim decency and morals? How do you strengthen character and instill good values in a country of 300 million? A tough problem to solve, but one if tackled, just might make a difference in our nation. But don't hold your breath waiting for our leaders to grapple with that one. It's a whole lot easier for people to blame the NRA.