Dem or Republican, What's the Difference? 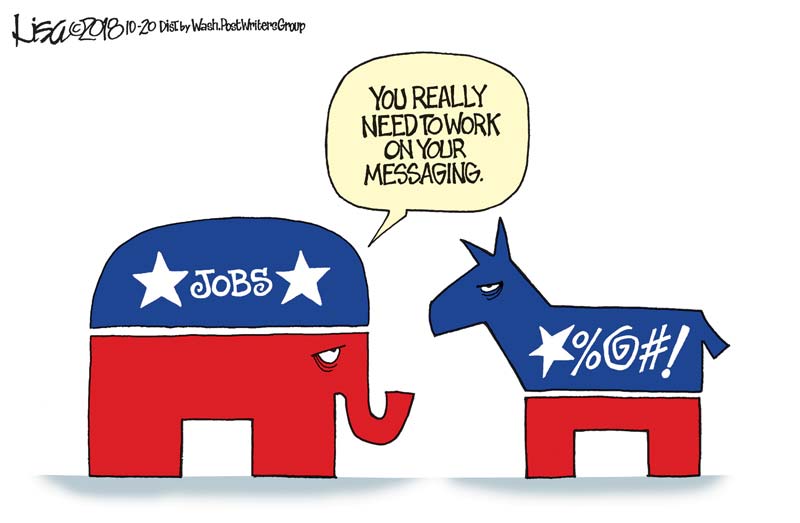 It is far too early to say who will be the Democrat candidate for president. As it stands now, Bernie Sanders is the front-runner, but the convention is months away and anything can happen. Sanders is openly socialist and proud of it. A lifelong "hippie" he first left his Brooklyn home for Chicago where he joined the Young People's Socialist League (the youth affiliate of the Socialist Party of America), eventually becoming part of the civil rights protest movement that was going on in the early 60's.

Sanders moved to a small rural town in Vermont where he worked as a carpenter, a social justice filmmaker, and a writer creating and selling "radical film strips" to schools. He became a member of the socialist Liberty Union Party and the People's Party and entered politics in the early 1970's. He is an admirer of Fidel Castro and was praising him just a few days ago in a "60 Minutes" interview. He famously honeymooned in the Soviet Union with his second wife in 1988.

Although Jewish by birth Sanders does not maintain religious feelings nor is he a member of any synagogue. When asked if he believes in G od he skirts the question, and in all likelihood he is at least an agnostic and more probably an atheist. Socialists, Marxists, Communists, tend to have no G od. Their religion is far left progressivism and a hatred for capitalism.

The idea of a man like Bernie Sanders becoming president would have been absurd a decade ago. It would have been laughable. It's not so funny anymore, because things have drastically changed in American society over the past two or three generations. Through our public schools and universities American children have been slowly and surely indoctrinated into a liberal mindset that includes not only social progressive programs, but also political correctness and America bashing.

This is not your grandfather's working-class union man socialism. Today's "new and improved" socialism is attracting new recruits by drawing on the resentments of race, gender and sexual orientation. America's typical socialist is very likely a Black Lives Matter activist, a transgender militant or a prophet of environmental apocalypse, says D'Souza. In addition I would argue that there are many young people who jump on the socialist bandwagon by the promise of free college, forgiving student debt, legalized drugs, and free healthcare.

The other Democrat candidates in the race may not be as forthright as Sanders when it comes to their socialism plans and programs, but don't be fooled. They are still far to the left of traditional mainstream American values. All support "socialized medicine" in one form or another. All of them want abortions on demand, up to and including ninth month. All support the "Green New Deal." All want to raise taxes.

All want to shut down the coal and petroleum industries. All of them want to confiscate guns, restrict free speech, and increase the federal governments hold on the people. The only differences between them are in the increments of how to accomplish these leftist goals. THERE IS NO MODERATE DEMOCRAT RUNNING FOR PRESIDENT IN 2020. They don't exist. They're all socialists now.

I can remember years ago when people were asked, "Who are you voting for, Republican or Democrat?" they would often say, "Oh, what's the difference? They're all alike." Not any more. There's never been a greater difference between the two parties then we have right now in his election.

The Democrat party wants to remake America into something else.

In the words of President Obama, "fundamentally transforming the United States of America." Sanders and the others are totally in with that. The Republican Party is the party of American traditional values. It's the party of individual freedoms and thought, not "group think." The party of keeping our Constitution alive by honoring it's original intent and meaning and not, as the progressives would have it, "a living Constitution" that is subject to change and revisionism with current trends of the moment.

I want to believe that America will never go socialistic, as President Trump as promised. But in our volatile, ever-surprising modern times I just can't rest easy with that notion. One thing is for sure, this election will determine what kind of America we will have going forward. The choice has never been more apparent and clear cut than it is this time.