Monkeying Around with Science 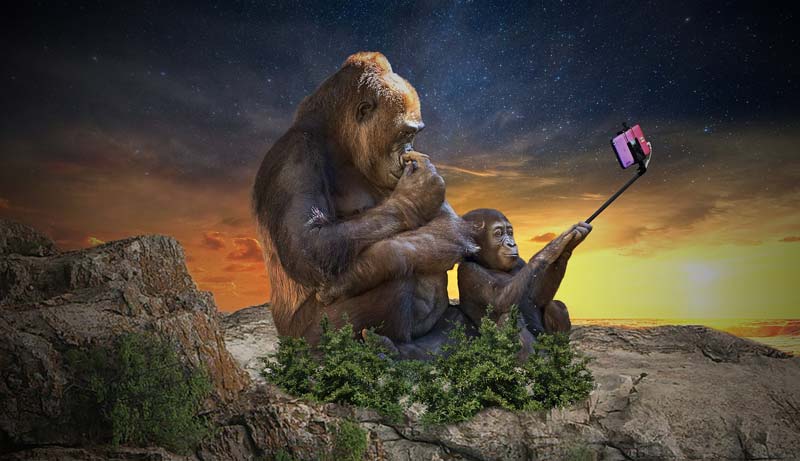 In our hyper-political society we've become accustomed to progressive judges who "legislate from the bench," specifically twisting the law to reflect their personal cultural and political ideologies. Of course that's not how it's supposed to work.

A judge's job is to uphold and administer our laws as written with impartiality and fairness, and not make laws into what they wish them to be. Making laws is the responsibility of the legislature, not individual judges.

But now we have something even crazier, a judge who believes she can "make up science from the bench." Since when does a judge think twisting scientific facts into whatever she happens to believe automatically makes it so? Well, since at least 2015, in one particular case.

In that year a judge in Argentina granted legal personhood to an orangutan named Sandra. You've heard the expression "making a monkey out of someone," right? Well this judge decided to make a person out of a monkey. The orangutan lived in a Buenos Aires zoo but has since been shipped to an ape sanctuary in Florida. I don't know why she lives in an ape sanctuary if she is considered a "person." She should be living in a nice condo on Miami Beach.

Sandra, the orangu-person, celebrated her 34th birthday this past Valentine's Day, which is why the story was all over the media. Patti Ragan, director of the Center for Great Apes in Wauchula, Florida, says Sandra "has adjusted beautifully to her life at the sanctuary" and has befriended Jethro, a 31-year-old male orangutan. Uh oh! Unless Jethro has been granted legal personhood too, this teaming could degenerate into disgusting bestiality. Quick, someone get a hold of that wacky Argentine judge!

The wacky Argentine judge, Judge Elena Liberatori's landmark ruling in 2015 declared that Sandra is legally not an animal, but a non-human person and thus entitled to some legal rights enjoyed by people and better living conditions. Let me repeat this in upper case so it sinks in. THE JUDGE DECLARED THAT THIS ORGANGUTAN IS NOT AN ANIMAL, BUT A NON-HUMAN PERSON. A non-human person? Wow, that's a whole new category of species.

It would be too easy to write off the judge as just another nutjob. She happens to be Argentinian, but that decision could have been brought down by any number of animal rights activist judges in this country. The hubris, the arrogance of a judge to think she can take a scientific fact, i.e. apes are not people, and declare, "oh, yes they are" is way beyond chutzpah.

It's more than leftist ideological zealotry; it's plain not true by any scientific definition, study, or theory. You might just as well say there are more than only two sexes of human beings. Oh wait. The left IS saying that!

So let us assume that Sandra is for all intense and purposes a "non-human person." Can she marry a "human person?" What constitutes a non-human person as opposed to a non-animal person? What is the difference between an animal and a human? If there is no difference legally, then why can't the non-human person have all the rights, privileges, and benefits that are accorded to a human being? That would include, among other things, civil rights, voting rights, welfare, free speech, and the right to bear arms.

Well, never mind the free speech and gun rights parts. If we can do without those for the human persons, then we can do without those for the non-human persons as well. But voting rights! AHA! Voting rights! So that's what's behind all of this. Once personhood is given to the apes, then all the progressives have to do is figure out how to teach them to vote for the Democrats and they will never lose another election.