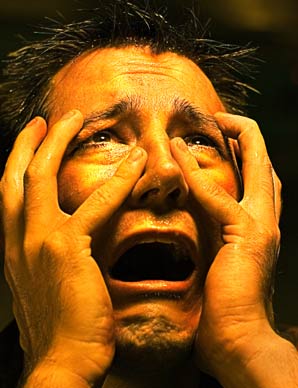 Just uttering the name PRESIDENT DONALD TRUMP is enough to drive liberal Democrats hysterically insane, but it's a short trip. Words like hysterical and unhinged are woefully inadequate to describe some of these people.

Though Ringling Bros. and Barnum and Bailey has folded their tent, we still have a circus...it's called the "Progressive Fit Throwing Loser Cry Babies." That circus beats 'em all. It's the Greatest Foul-mouthed, Self-absorbed Freak Show on Earth.

These immature Leftists lost a presidential election and instead of looking inward and trying to figure out what they did wrong, they've decided to say and do everything they can to delegitimize the winner and keep him from doing anything that might actually benefit our country. With the far left it's always been "their way or the highway" and now that they can't have things "their way" anymore, they've taken to blocking all the highways.

The weekend of President Trump's inauguration they took to the streets ...again. Vulgarians on the march chanting nasty slogans and carrying profanity-laced placards. Their motto is "If you can't say something disgusting and hateful, don't say anything at all." But let's take a look at what all this bellyaching and protesting has actually accomplished so far. (Progressives, you might want to stop reading at this point)

At this writing, 42 percent of the nation strongly approves of what President Trump is doing, while only 33 percent strongly disapprove-and overall, 57 percent approve of the president, while just 43 percent disapprove. Hey, Leftists, keep it up! Keep up the demonstrating. Keep up the scare tactics. Keep up the name-calling. Keep up hating on Trump and hating on those who support him. It's all good. You're doing a wonderful job lifting up Trump's popularity.

Trump's approval rating surge comes after a series of executive actions including one that killed the highly unpopular multinational Pacific Rim trade deal the Trans Pacific Partnership (TPP). Other executive actions include the opening of the Keystone XL Pipeline, a hiring freeze of federal workers (except for in the military), and reinstating the Mexico City policy of international organizations that receive federal funding being prevented from conducting abortions. Additionally Trump continues to meet with leaders in every sector of American business, from top union leaders to the heads of the country's biggest corporations such as the auto industry.

But even as President Trump gains ground in fulfilling his promises to bring American jobs and industry back, the opposition keeps trying to tear him down. During the campaign Hillary Clinton and her ilk called Trump supporters "deplorables." But since Trump has taken office the Democrats seem to have become the party of the "delusionals."

We had an election and they can't deal with the results. Beyond Trump winning the presidency, Republicans running for office in states all across the nation swept the elections. Republicans now control the governor's office in 33 states, amounting to 60 percent of the population, while Democrats control just 16 states with 40 percent of the population.

It was a landslide defeat for the Dems, but they won't accept it, gracefully or otherwise. They refuse to come to terms with the reality that America doesn't want another 4 years of liberal government. They just don't get it. So they cry. They sulk. They scream. They march. They call names. They throw temper tantrums.

They behave exactly like bratty children who have no discipline or self-control. If they don't get their way they act up. Democrats need to take a chill pill and come to terms with the fact that that lost fair and square. As Barak Obama himself said after he won, "Elections have consequences."

In closing I say to all my liberal friends, even though you lost, try not to feel bad. Maybe we can get you a participation award.