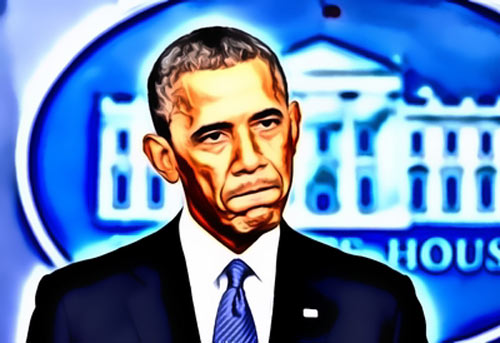 As the old joke goes: A wife catches her husband in bed with another woman. The man denies anything is going on and asks his wife, "Who are you going to believe, me or your lying eyes?" In a nutshell, that was Obama's final State of the Union address, as he engaged in yet another reality makeover in reviewing the last seven years of his presidency.

From the economy to jobs to foreign policy to crime to terrorism to race relations, everything he touted as going well simply isn't. But this has been his MO from the beginning. His views are the only "right" views. His vision is the only vision that matters, and if you disagree with him, well, then you must be a racist. The man speaks and acts in an alternate universe of reality.

I simply can't listen to his ODD (Obama's Delusional Disorder) anymore. Any and all details of the address can be read in news reports the next day and that's exactly what I did. It's actually a better way than watching in real time, since there are no distractions to fight off such as watching Obama's eyes reading the TelePrompTer or wondering when Joe Biden will nod off.

For the record, here are seven of the Top Ten Lies in his State of the Union speech, as reported by Breitbart. (I cut three for space limitation)

1. "We've cut our deficits by almost three-quarters." Fact: Obama has doubled the national debt, he spent staggering amounts of money in his first months in office—which he assigns, dishonestly, to the previous fiscal year, under George W. Bush.

2. "Anyone claiming that America's economy is in decline is peddling fiction." Fact: despite the slow recovery—the slowest since World War II—labor force participation is the lowest it has been in decades. Wages are stagnant, household incomes still have not recovered from the recession, and young people see a. . . bleak future.

3. "The Affordable Care Act is about filling the gaps in employer-based care so that when we lose a job, or go back to school, or start that new business, we'll still have coverage." Fact: Obamacare canceled. . . insurance coverage for millions of Americans who did. . . not change jobs. It also raised deductibles and premiums so high that many insurance companies are leaving the Obama exchanges totally.

4. "We've protected an open internet" Fact: Obama's policy of Net Neutrality has turned Internet service providers into public utilities. The result has been a. . . sharp decline. . . in broadband investment and a much less free and open system.

5.. . . "No nation dares to attack us or our allies because they know that's the path to ruin.". . . Fact: Of all the lies in Obama's speech, this was undoubtedly the worst, coming hours. . . after Iran seized two U.S. Navy boats and ten sailors.. . . Obama did not even mention those Americans in captivity at any point in his speech, declining the chance to reassure the nation that. . . they would come home safely.

6. "As someone who begins every day with an intelligence briefing, I know this is a dangerous time.". . . Fact: Obama. . . does not attend. . . most of his daily intelligence briefings, preferring instead to read intelligence reports—so he claims—on his iPad, a stark contrast to the attentive approach of his predecessor.

7. "We are training, arming, and supporting forces who are steadily reclaiming territory in Iraq and Syria [from Islamic State].". . . Fact: The Obama administration's attempt to train and arm Syrian rebels has been a disaster. Obama has not made a serious effort to defeat the Islamic State, and is even giving up on regime change in Syria.