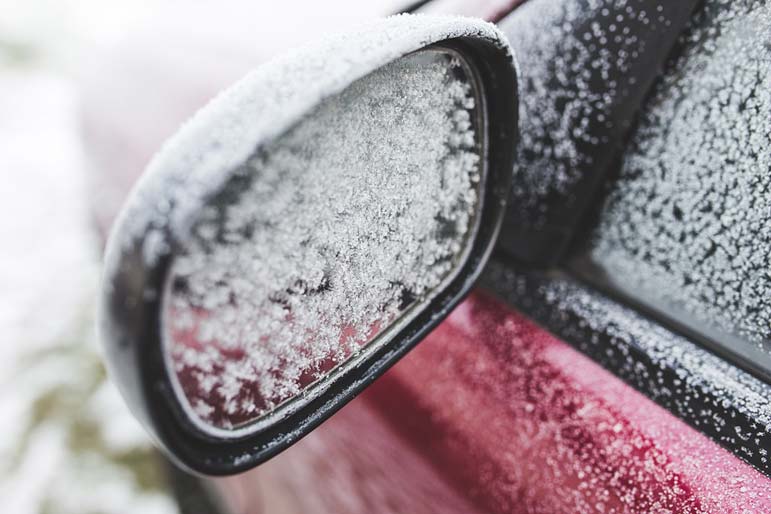 Just when the liberals tell me that the entire "scientific community" (if you pardon the expression) is in agreement on climate change, a new report comes out and all hell breaks loose.

According to a news story this week, the whole global warming business stands to be put out of business, so to speak. I must tell you that I've always seriously doubted the doom and gloom climate soothsayers' predictions anyway.

Listen, if the daily weather forecasters can't get it right from Monday to Wednesday, what makes you think they can know with any certainty what weather will be like decades and hundreds of years from now? Think about that. No, seriously, think about that.

According to an article on the web site, Climate Depot, the global warming climate appears to have been hacked by natural factors. Some scientists are now warning that a new ice age could be coming! Why? Well, it's been crazy cold throughout the northern hemisphere.

So far this winter the U.S. has experienced an extreme cold snap from coast to coast, even Hawaii has had snow! Likewise eastern and southeastern Europe has been pounded by massive snowfalls and tremendously cold temperatures, heavy snows have buried Turkey and extreme temperatures have blanketed vast areas of Russia.

Here are a few facts collected by Climate Depot:

• In Russia Moscow celebrated the coldest orthodox Christmas in 125 years.

• Massive snow falls across the Balkans, Italy and Greece.

• Dozens of Europeans have since frozen to death.

• Northern Albania villages have been cut off by 120 cm of snow.

• A temperature of -80Â°F was recorded in Chanty-Mansijsk (Russia). When the global warming fever (pun intended) first began years ago, some scientists warned us that snow and ice would become as rare as an openly conservative actor winning an Oscar. They scared everybody by saying that Mediterranean conditions would spread into northern Europe. But now just the opposite has happened: the Mediterranean has experienced Arctic conditions! So there!

In an article sited on the web site, Yale scientist Wei Liu and a recent paper he published on the "overlooked possibility of a collapsed Atlantic Meridional Overturning Circulation" warned of an impending ice age.

Should the ocean heat conveyor collapse, then there would be "a prominent cooling over the northern North Atlantic and neighboring areas, sea ice increases over the Greenland-Iceland-Norwegian seas and to the south of Greenland."

So now I fully expect the liberals to admit they were wrong all the time. I expect Al Gore to bow his head and say he's sorry for his years of nattering global warming nonsense.

I expect Barak Obama to do a global warming apology tour. I expect the mainstream media to do in depth stories about the coming ice age.

Yes, all that will happen right after Meryl Streep expresses her profound regrets for what she said about Donald Trump at the Golden Globes.

For anybody that cares, here's the truth on climate change.

There is no consensus among meteorological experts as to how big a part the human factor plays in global weather.

But the liberals keep pushing global warming because it supports the rest of their agenda. They support killing the oil industry, the coal industry, and forcing everyone to use solar panels and windmills.

They won't be happy until we're all driving Prius cars or, better still, riding bicycles.

I'm not necessarily buying into the "coming ice age" either, by the way, anymore than I accept the theory on global warming.

I stand by my point that if the weather experts can't tell me for sure if it's going to rain the day after tomorrow, why should I believe that they know what the weather will be like in ten or fifteen years?

Meanwhile, the extent of my faith in weather predictions is just about zero.

My advice is the following: dress in layered clothing that can be peeled off if necessary and keep an umbrella in your car just in case. And if you live in Los Angeles, pray for rain!